Creatures of the Sunday Night, with Brandt Peters!

Based on the success of my Instagram character design archive, Creatures of the Night, I wanted to invite everyone to contribute and draw together with me in the same Instagram studio! This is open to every character designer of every class, caliber and style – the only requirement is that you get your themed character design posted on Instagram by midnight(your own timezone) every Sunday! 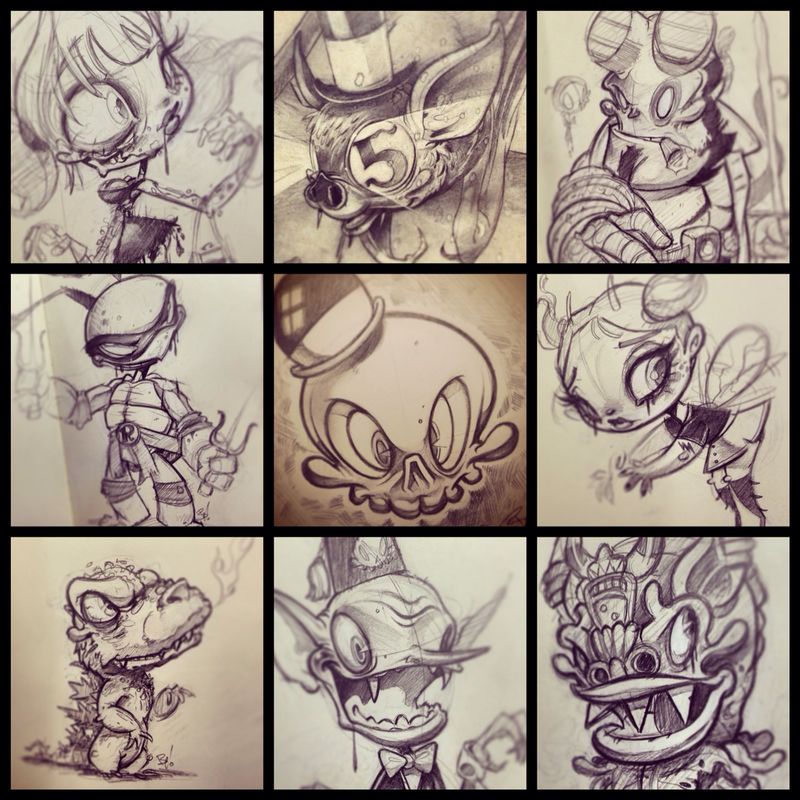 Here’s how it works –

1. Every Sunday morning, I will post a creature theme on my Instagram feed. This slide will contain a word, a image or some combination thereof.

3. By midnight on Sunday, post your creature character design on Instagram with the hashtag #creaturesofthesundaynight! You must add this hashtag to be connected to the community, and so we can all find your work.

4. If you would like a critique, add your image to the Creatures of Sunday Night thread on my forum, The Sideshow(circusposterus.com/sideshow)! I will try and do critiques every Monday, and I encourage everyone to share and discuss everyone’s work as well. In addition, this will help to serve as a permanent archive of our work.

We can build this amazing character archive together! All of us have days where we want to draw and design, but it can be hard to get started sometimes. I’m hoping that Creatures of the Sunday Night will come together as a community of creators inspired, motivated, challenged and connected.

I’ll be announcing the first theme TOMORROW MORNING, so stay tuned to my Instagram feed for updates!

Thank you all for supporting Brandt Peters’ Sketchbook: Muse No. 1 Kickstarter 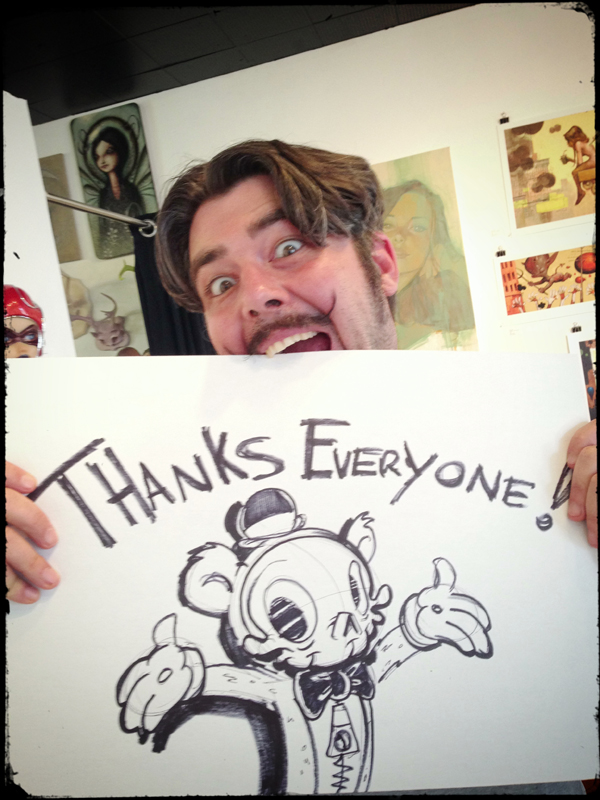 For my first Kickstarter, this project has really been an amazing experience. I had no idea it would take the course it did and would be so successful. I seriously can not thank everyone enough.!I am forever humbled by this process and your generosity. You not only have helped me produce an even better MUSE sketchbook than I could imagine at first, but you have helped pave the road for the whole series. There is so much excitement swirling around this project from fans and collectors to future MUSE artists.

I am now focused on the layout and design and should be sending the sketchbook files to the printer in the coming weeks. Incentive production has begun… In fact, for those that have pledged to receive custom Skelve resin figures in a color of their choice – I will be contacting you shortly for your color selection.

I will be posting more regularly on updates (now that the pledge process has concluded) as I am finishing and wrapping up the design. I will be posting images of the MUSE 1 sketchbook as it wraps. I will also be snapping photos of finished incentive production for you!

To see the rest of the awesome interview, click more.
Read More »Shing Talks a Lot.