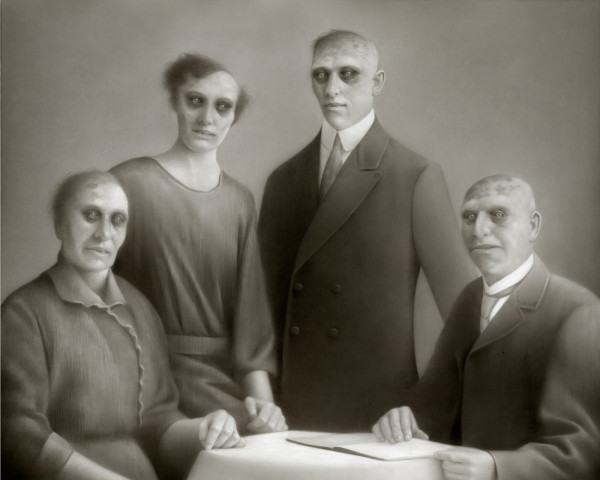 Believe it or not, but … this is Travis Louie’s first-ever zombie painting. Seriously. Does this shock you? This shocks me. It shocks me! This is a man who was weaned on horror and sci-fi as a child. A man who’s artistic narrative is so completely rooted in the idea of otherworldly beings; in the stark contrast and suspenseful shadow play of Film Noir and German Expressionist films; in just plain weird (and seriously beautiful) shit.

So this piece? Long overdue. And I think Travis would agree:

“I’ve always wanted to paint a zombie painting. They have been in my dreams from the first time I saw Night of the Living Dead(1968) and Dawn of the Dead(1978). As everyone has different dream symbolism, zombies in my dreams have always represented change; “Out with the old, and in with new,” kind of change. Whenever it was time to leave a relationship or end a phase of my life I would have one of these dreams.”

Hmm. Leaves me curious as to whether ‘Night People’ is symbolic in some way. The painting is part of Exhibit A Gallery’s Obey Your Master — a Metallica tribute show which opens this evening. The band and many of the participating artists will be in attendance. 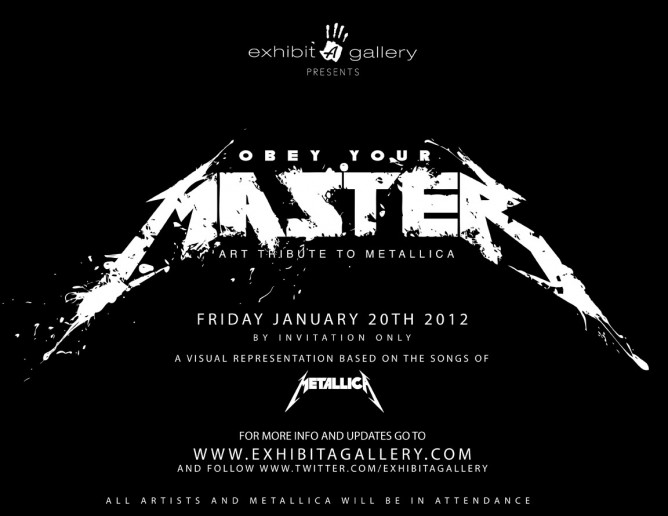