The Devilish Monsters & Minions of My Ghoul Friday 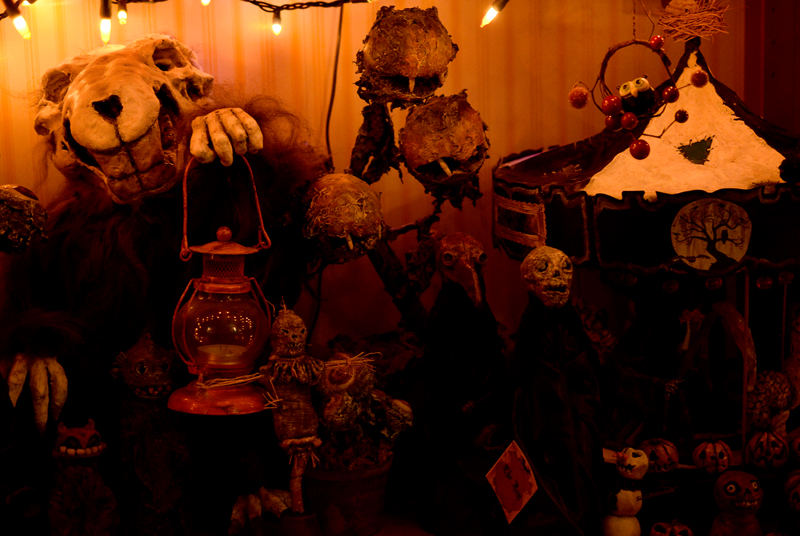 Happy Hallow’s Eve, everyone! In continuing with the coverage of artists who are currently rocking my socks, it is of utmost pleasure to present a special Halloween edition and introduce you all to the quirks and creativity of one of my favourite ladies, Ghoul Friday. I discovered her work on a whim at Toronto’s FanExpo in August and have been hooked ever since. She’s from the city, makes awesome paper clay monsters and has also published her own book: Brains vs. Coffee, which quite hilariously explores the pros and cons of the consuming, enjoying, storing, preparing and disposing of each.

Friday is an ardent follower of Halloweenia, clearly. Most of us are in these parts, but she takes it to a whole ‘nother level, crafting most of the decorations herself and changing it up every year. I mean, seriously, people:

Now that’s a Halloween party we’d all want to go to, amirite? A self-taught sculptor who got her start making large-scale props for Halloween parties for nearly a decade, she took the plunge and started making her own little monsters and minions in 2009, and attended her first convention as a vendor that summer. She’s been at it ever since. 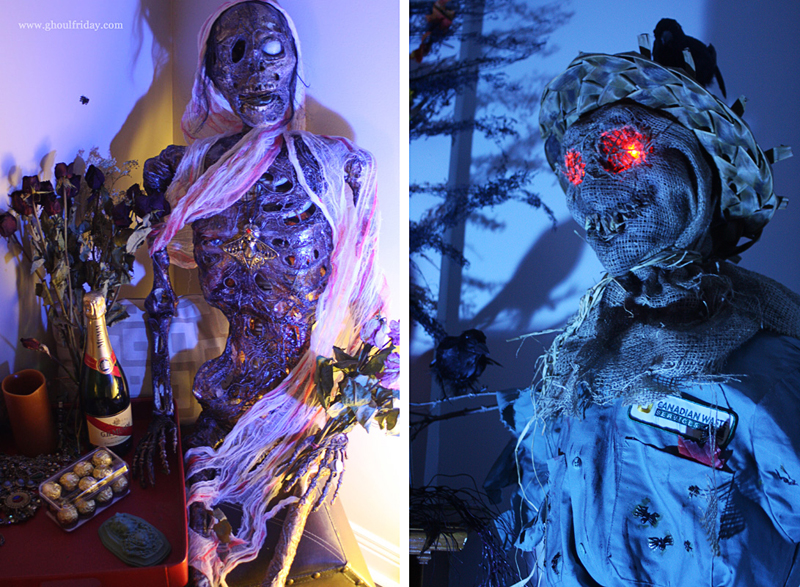 Friday’s creations are a combo of paper clay, paper mache, fabric and polymer clay, and while she’d like to say it’s because she’s a sort of eco-warrior, “a lot of it has to do with habits from being part of the Haunter community, where you build items from scavenged goods,” she explains. 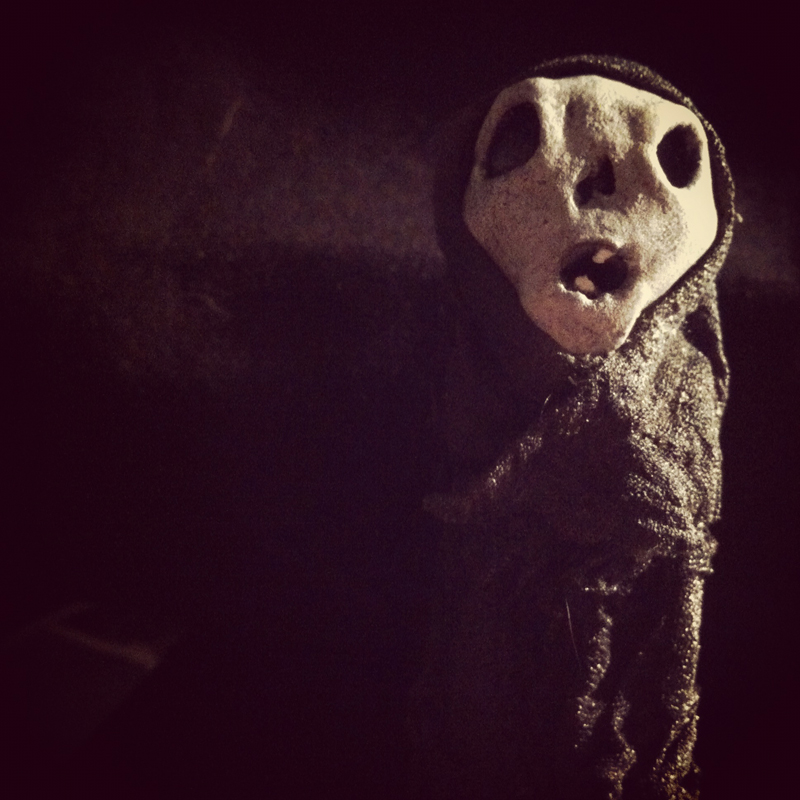 But where do these cute, creepy and at-times hilarious creatures come from? Are they born from meticulous planning or is it a more organic process? Figuring out just what makes an artist tick is one of the greatest rewards to being a fly on the wall in the studio. For Ms. Friday, creation is a dance with the clay and the number determines who leads. 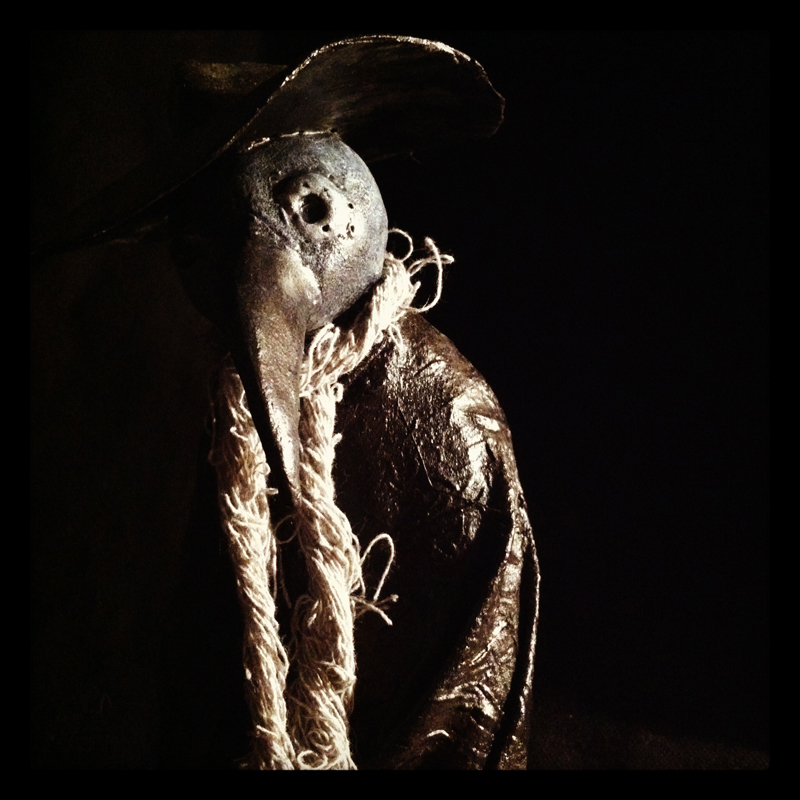 “So, the reality is, when it came to small figures, I would start out with the best of intentions (or worst?) to make something creepy, frightful and ferocious. And as I would sculpt, the clay revealed this quirky, grinning creature instead,” she laughs. “I’d be all prepared for the NEXT one to be terrifying! And then … it’s this little dorky thing with crooked teeth and big eyes. If I sculpt without a specific plan in mind (which is 90% of the time), I’m just waiting to see what’s hidden in the clay, and it’s usually “cute and creepy”, as you say. I moved against that when I made the Plague Doctors, and continue to get a bit more sinister with the Dark Dweller series.

“What makes me tick? Something a little strange, a little smart, a little different.” 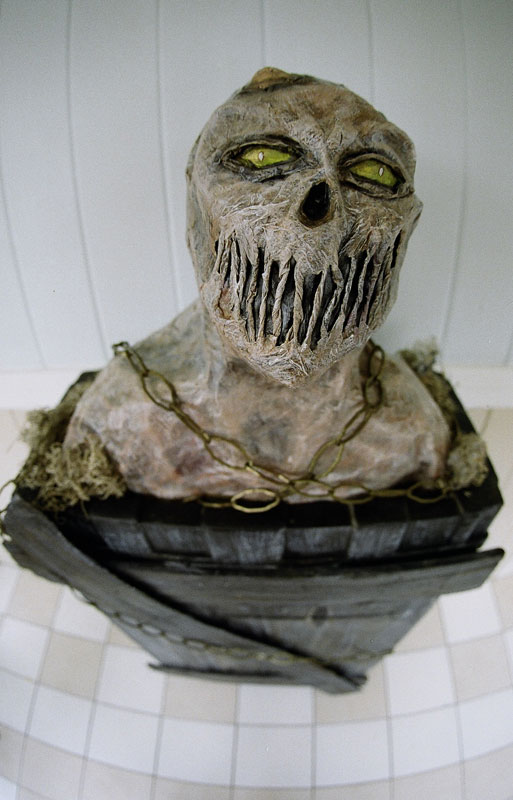 While con and craft season is over for the year, Friday’s studio is still in full swing through the holidays. If you’ve a hankering for a bit of dark and a bit of dorky, pay her a visit! 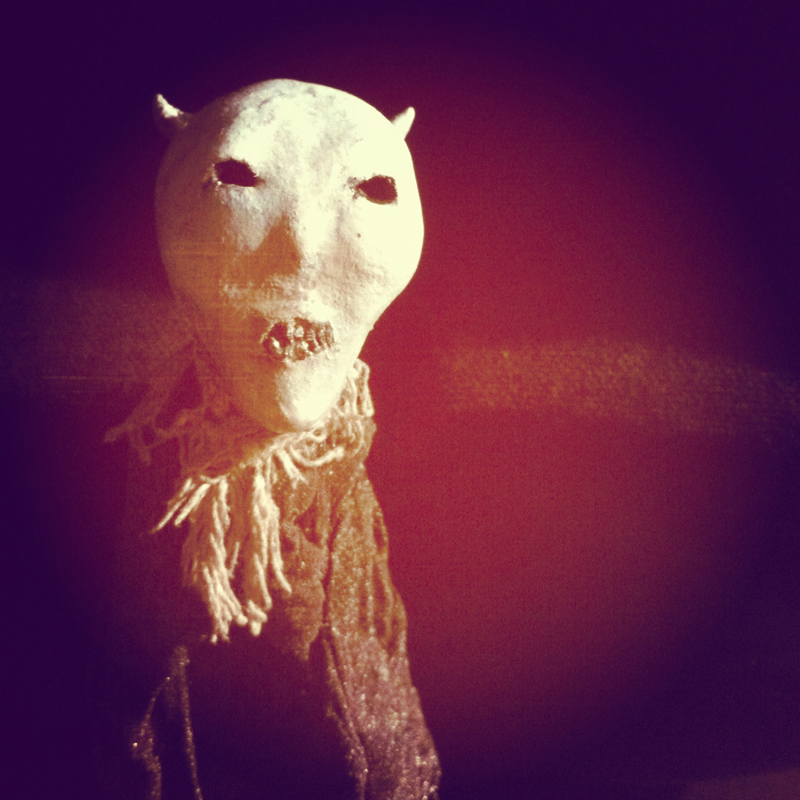