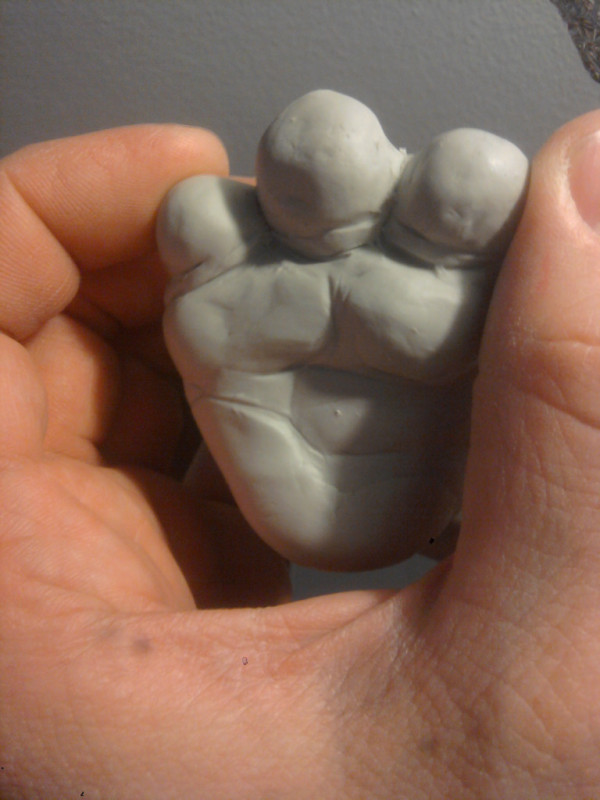 A Most Lovely Mermaid from Scott Radke … 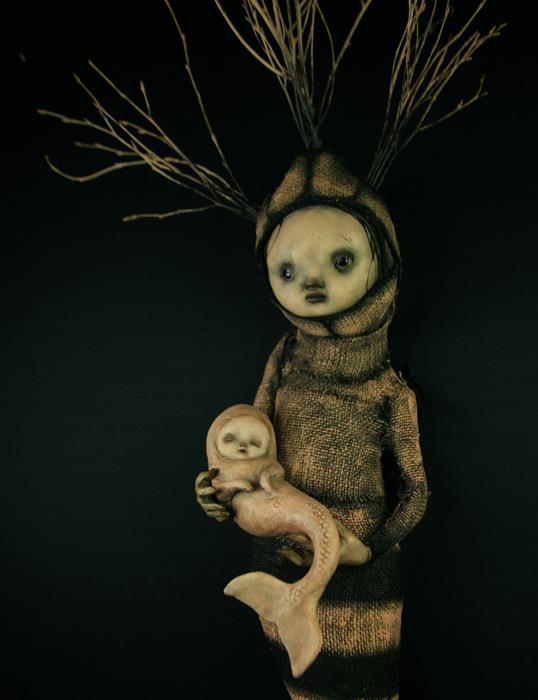 Alright, so bad news first: this pretty much sold as soon as it hit the web, so … we lose. But regardless, this piece must be seen. Lovingly cradling a newborn in her arms, Mermaid is a breathtaking one-of-a-kind mixed media sculpture — the second from Scott Radke this week. Pictures rarely do scope justice: measuring nearly four feet tall and a foot-and-half wide (48″x18″), she’s as enormous as she is enchanting. Amazing. More shots after the jump, have a look!

Read More »A Most Lovely Mermaid from Scott Radke … 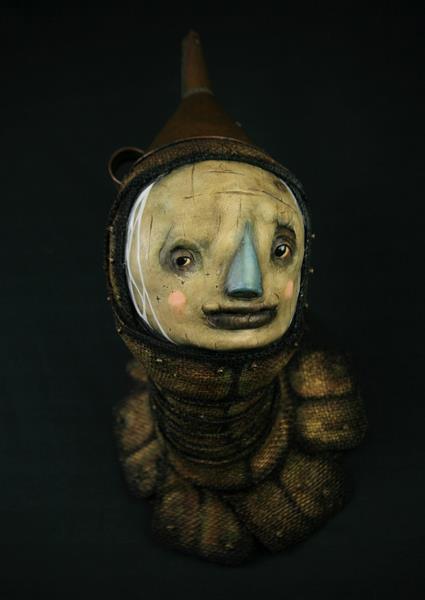 Now up for grabs on Scott Radke’s website is ‘Funnel’, a one-of-a-kind, wall-mounted sculpture. Crafted from burlap and clay, Funnel measures 14″ x 7″ and is $725. A most excellent interpretation of the Tin Man, no? Drop Scott a line at scott@scottradke.com for availability! More imagery through the click. 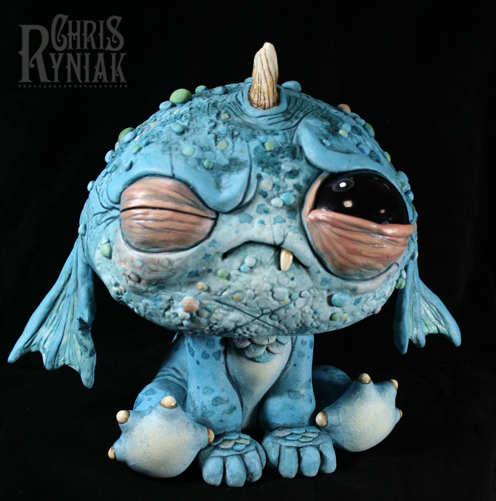 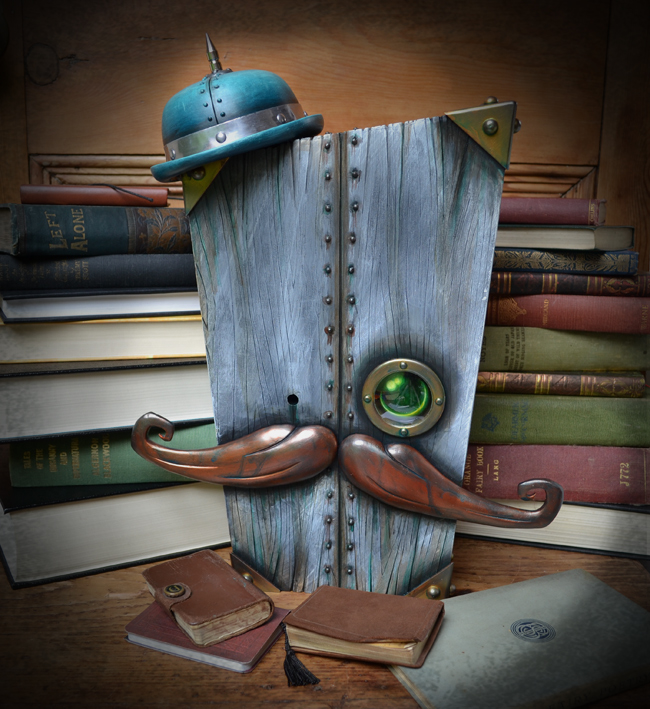 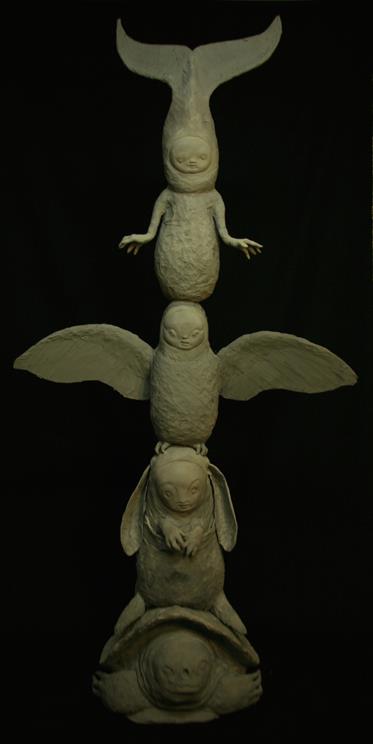 This is just freaking insanity. How does this thing even balance?! Since last October, Scott Radke has been sculpting this epic animal totem for filmmaker Morgan Spurlock. A towering 67” tall (5’ 7”!!!), the totem is now complete and Scott is on to the painting stage. Stay tuned, for the saga continues! 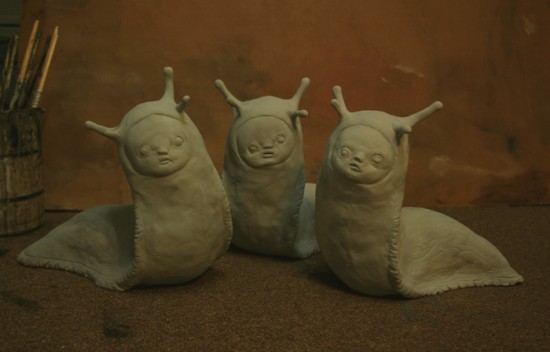 Dogs, birds, cats, swans … there’s seemingly no creature (on this plane or beyond) that Scott Radke won’t explore. Next up in his small-run clay sculptures are Slugs, due out early next year.

Measuring 13” long and 12” tall, these sculptures are meant to stay grounded, but bonus points to anyone adventurous enough to mount them on a wall or the side of a cabinet! 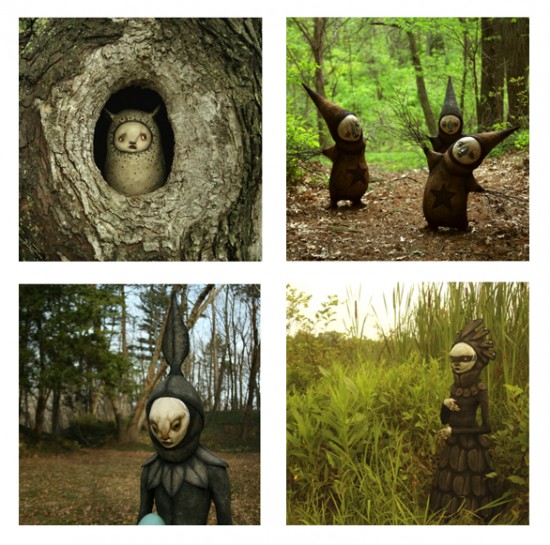 Scott Radke is one of those artists whose photos of his sculptures are just as stunning as the works, themselves. And fortunately for us, he’s offering up four of his more notable shots as limited-edition fine art prints! Printed on Epson Ultra Premium Matte paper using Claria high-definition inks, each image is 10” x 10” with a one-inch white border. Prints come signed and bagged and are available for $30 each here. 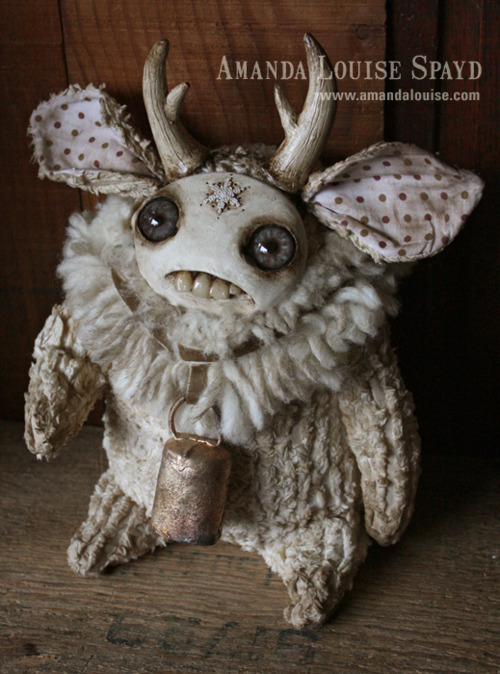 … No words necessary for this beaut.

For anyone who has yet to sign up for the newsletter on the homepage … c’mon. Do it. Surrendering your soul has never felt so good.