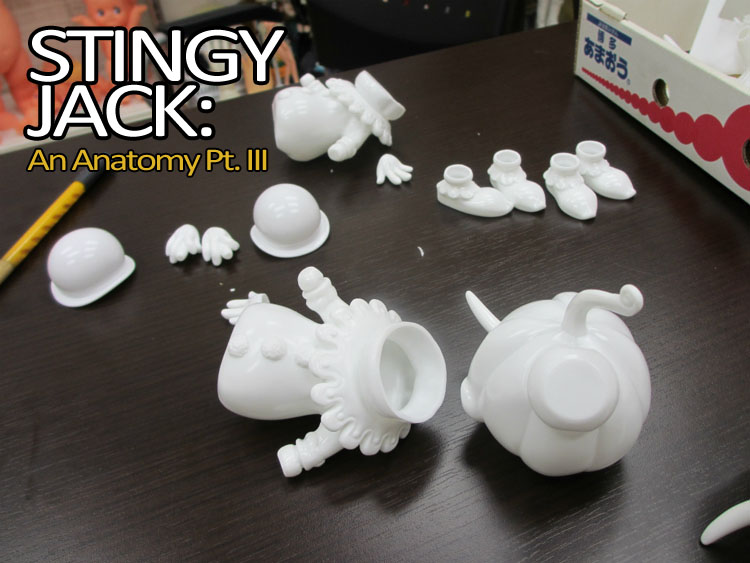 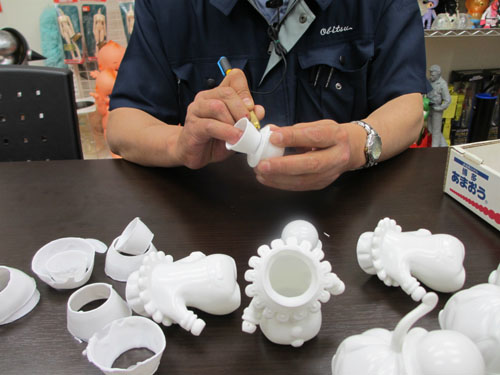 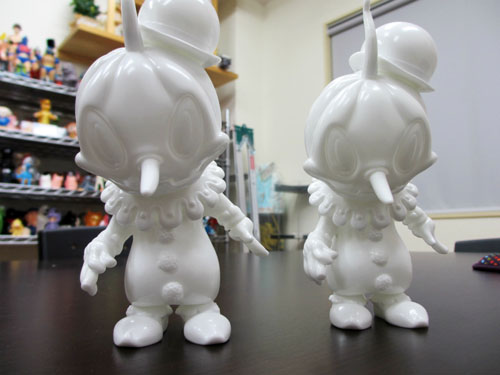 So what you see above are two test-pulls. These help give the artist and manufacturer an idea of what the finished product will look like, and they also help determine what modifications need to be made (if any) to the figure before diving into production. In Stingy’s case, Brandt, Shinji and Co. decided it’d be best to thicken the vinyl in a couple areas to make the toy better supported.  Once that was squared away, it was time for the next exciting thing: choosing the colorway. 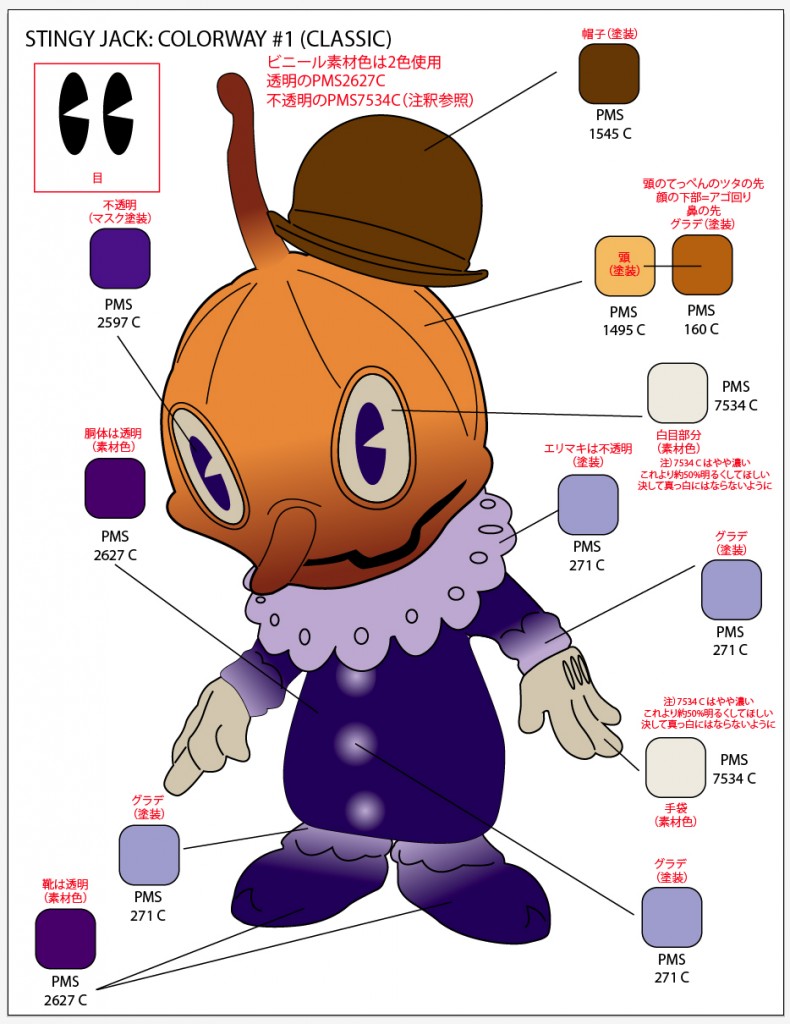 When it comes to pulling colours for the factory, Pantone’s Matching System (PMS) is pretty much the industry standard for printing, plastics manufacturing, fabrics and the like. These reference numbers allow the factory to accurately reproduce the artist’s palette. Stingy’s first colourway is a regal purple fade set on translucent vinyl. Similar to this: 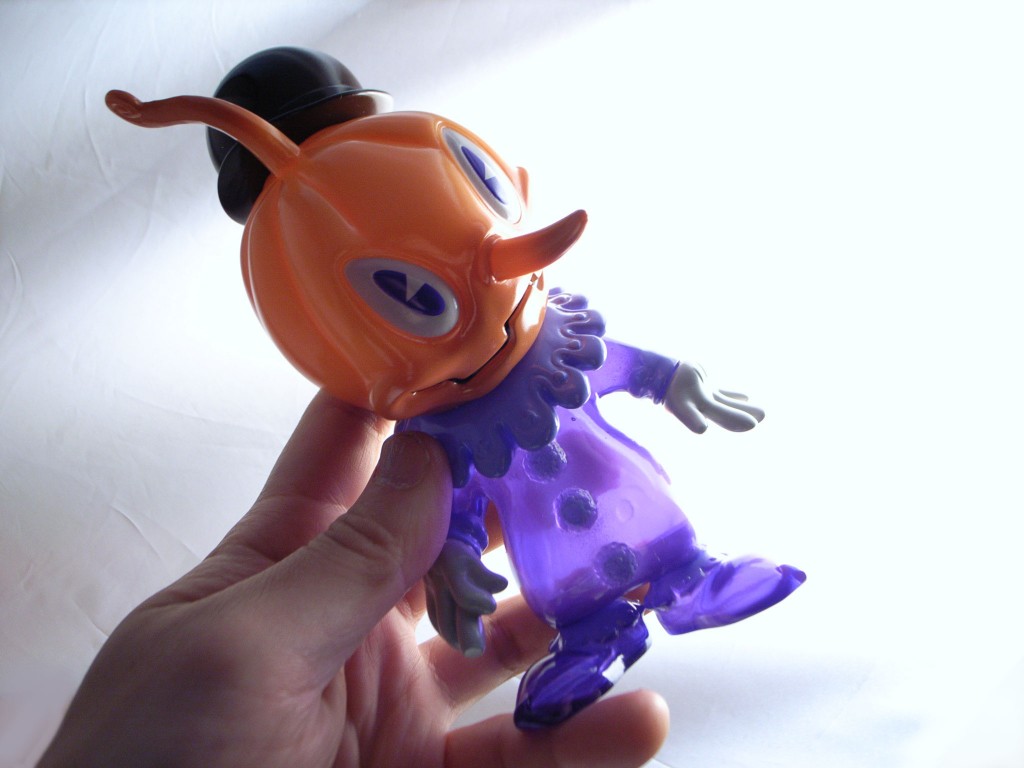 Now bear in mind that this is just a test and is NOT the finished product, but it’s a great example of what we have to look forward to aesthetically. The QC is killer, the figure is clean and comedic and I personally can’t ever get enough of sofubi’s glossy finish.

Stick around as the grande finale is just around the corner — word has it that we may have a reveal of the first Stingy Jack as early as this week! And then, we’re on to the little lady known as Calliope …