Stingy Jack, An Anatomy: An Afterword by Brandt Peters 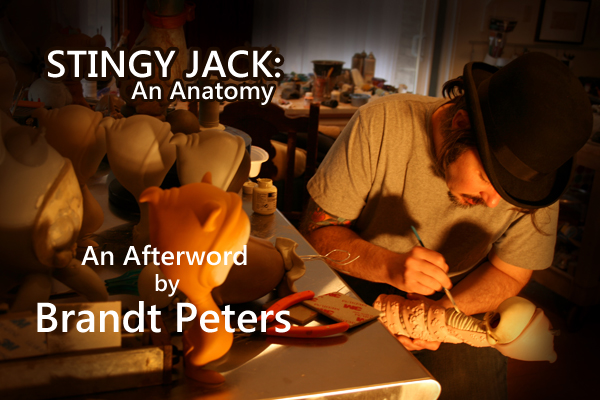 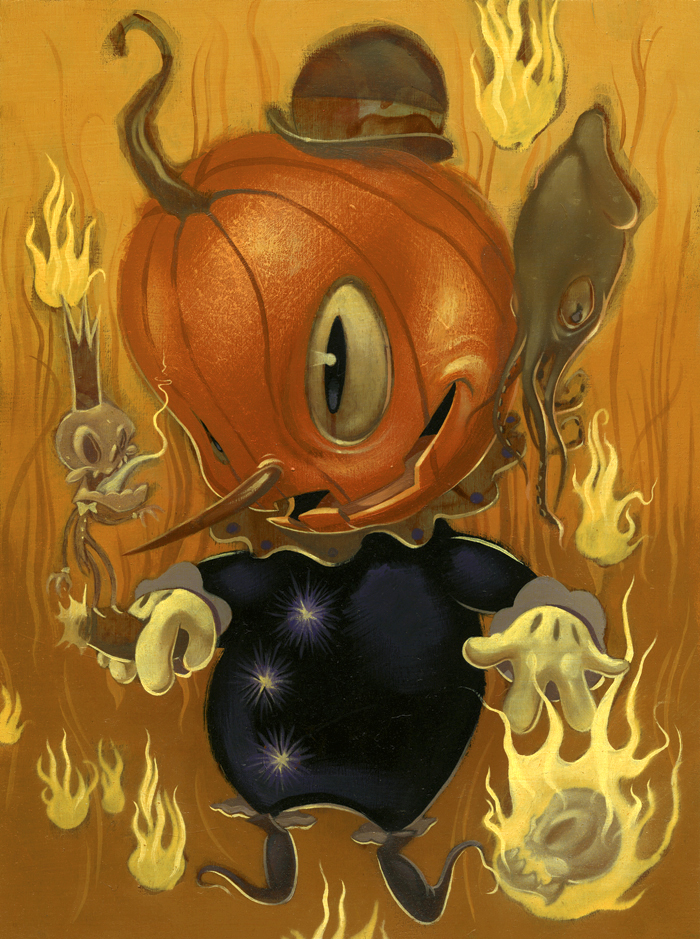 I have always wanted to retell myth and folk tales with my own twist and I have wanted to design a project around the myth and lore of Stingy Jack, which is — if every one doesn’t already know — sort of where the term Jack-o’-lantern comes from. The myth pits two characters in a struggle forever: Stingy Jack and the Devil (which I love). Both characters are locked in an immortal drama between who can be the most evil, in a sort of Bugs-Bunny-meets-Daffy-Duck-style eternal competition. It was this myth that got me thinking about a pumpkin-headed prankster (a curse on the devil) stuck in a dimension that closely resembles the Dust Bowl in the 1930s but even more surreal and distorted than you could possibly imagine. It’s funny, but in SJ’s attempt to out-evil the devil, he indirectly does good and it is this infinite loop that creates the conflict that is Stingy Jack (and it annoys the hell out of him). So what is evil? And what is good? On the surface, a funny tale; from a higher perspective, the folly of how the Universe works and the folly/our roles. 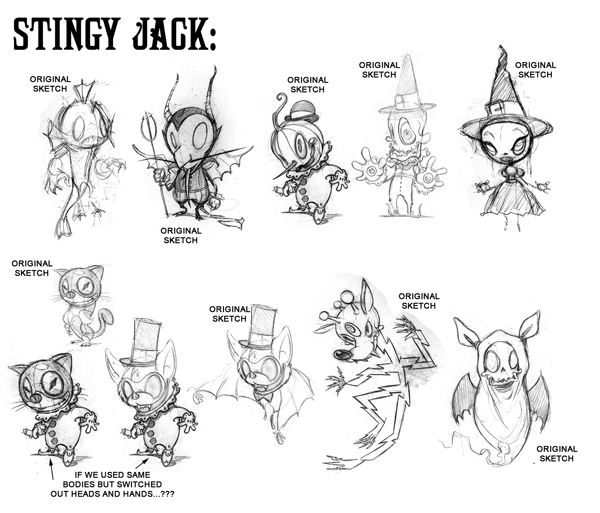 So more SJ sub-characters were designed (some to debut at the upcoming Artoyz exhibition): environments, story and props formed … this series is huge and so involved that I’ve teamed up with a writer to start my first comic book that I will be illustrating in quite some time. I’m hoping to debut it for my solo show at Stranger Factory in January.

I have an extensive history of loving Kaiju and sofubi — I just never had a lot of money as a kid and import toys were pricey even then. But to make up for that, my Dad would take me every other weekend to Little Tokyo to spend hours with me, immersing and looking at Japanese toys and monsters. It stuck with me and became part of my soul and a huge inspiration to me. 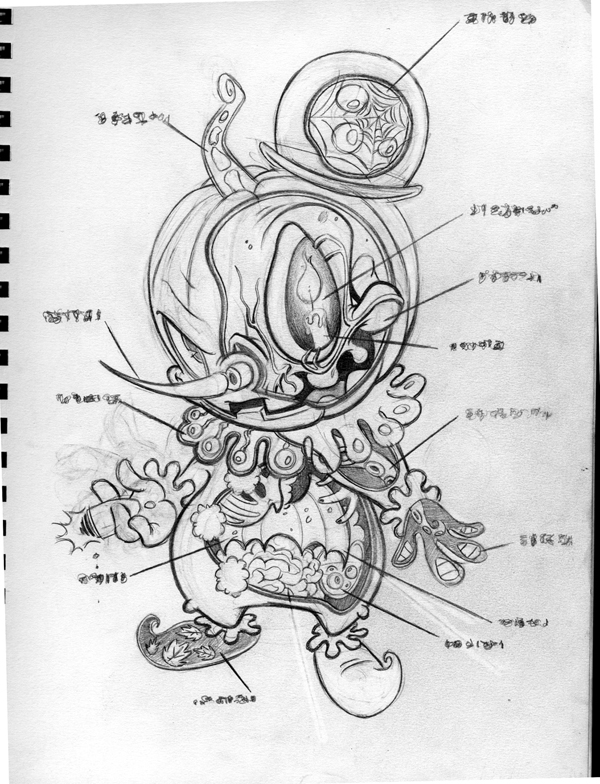 It was always my goal as I became a toy designer to work specifically with the right Japanese company to collaborate on my creations. It started out with Super7 (in connection to Gargamel) — Kiyoka (Gargamel) actually sculpted Big Sal for Super7. I learned a lot from that experience. I realized that I had to push for more sofubi projects and I knew that my insatiable appetite for Kaiju and sofubi would eventually lead me to the right co-partner; someone who understood my addiction to toys and toy design, as well as the rich history and an appreciation for 1920s-40s toys. Enter Shinji Nakako of Tomenosuke-syoten. A funny story: according to Shinji, he made his anniversary stop-motion commercial using my Serv-O-Matics as a calling card to reach out to me; it’s actually how I met Shinji. We connected on so many levels as collectors and producers. I feel as if we have been friends through multiple past lives, like he’s my older brother. Anyway, after a successful business venture with Monsters and Misfits I (between Tomeno and CP), I mentioned my idea of starting a sofubi company. A few days later, Shinji said let’s go for it. That was the beginning of Tomenosuke + CP — a partnership that handles the production and distribution of Japanese CP toys, starting with sofubi. 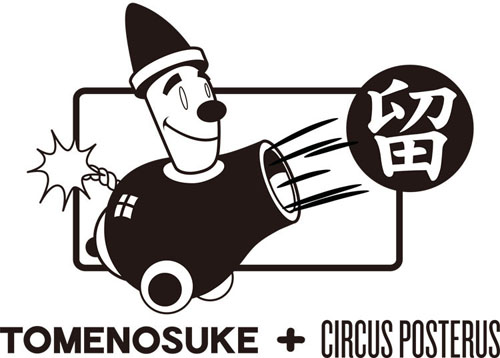 Our decision to do this polarized many when it leaked publicly. We had believers and supporters and sadly, we also had the opposite. Regardless, we pressed forward and met new friends and colleagues. It was awesome to meet many hardcore Japanese Kaiju and sofubi designers and companies that actually had our toys in their collection and looked up to our designs (next to original and vintage Bullmark toys) and were “real”, solid and supportive. Obitsu, the renowned Japanese toy factory, was beyond impressed with Shinji and CP and excited to work with us; everything was coming together and it felt right. 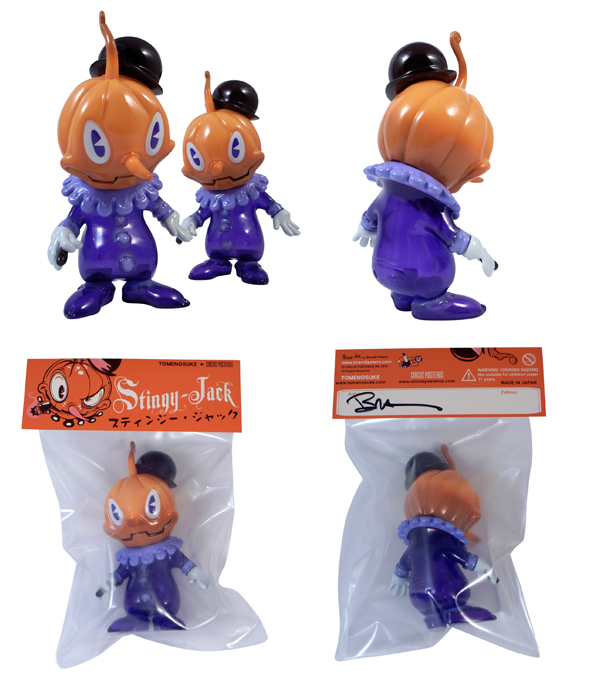 I thought a fantastic debut toy for this partnership would be a US artist’s version of an Irish myth, but told from a contemporary, western neo-vintage perspective. It’d be designed to look like an American 1930s cartoon character and produced in a Japanese Sofubi format, with a bit of punk thrown in for good measure. We started with Teodoru Badiu’s 3D model of Stingy Jack (as resin) and he was re-tooled and figured to work for vinyl molds. He would be our first release.

Outside of Stingy Jack, we have Kathie Olivas‘ Calliope Jackalope and Chris Ryniak’s Stinky Ginger sofubi releases, and discussions with more of the CP crew. There are big plans in the works for our toy partnership and it may be possible that we are booked up at least one year in advance of releases. It’s a huge project on many fronts; there’s much more to come, including toys, resins and even comics!

Many special thanks to my wife, soul mate and partner, KO (she has tremendous patience with me), my very good friend (through many lives) Shinji-san, my new friends and sofubi colleagues: Shige, Yohei and Satoshi … Amy for believing and documenting the journey, Mikee for his passionate support, and everyone who believed in this.