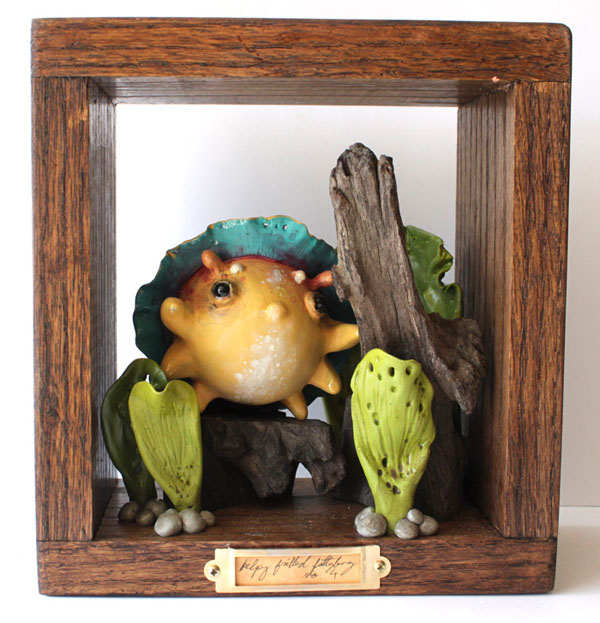 Shing Yin Khor is most definitely living up to her pseudonym “Sawdust Bear” with her show “A Nervous Harbour” at Stranger Factory this September. Straight out of zoology class, Shing has cut, constructed, and stained several shadow boxes for diorama displays containing her lovable and yet sometimes grumpy creatures and bugs.

Shing takes her post-mortem creatures back to their natural settings with her fabulous displays. You might find a “Kelpy Frilled Fattybug” nestled among its natural kelp and driftwood (above) or a snailbit in a coral study (below). 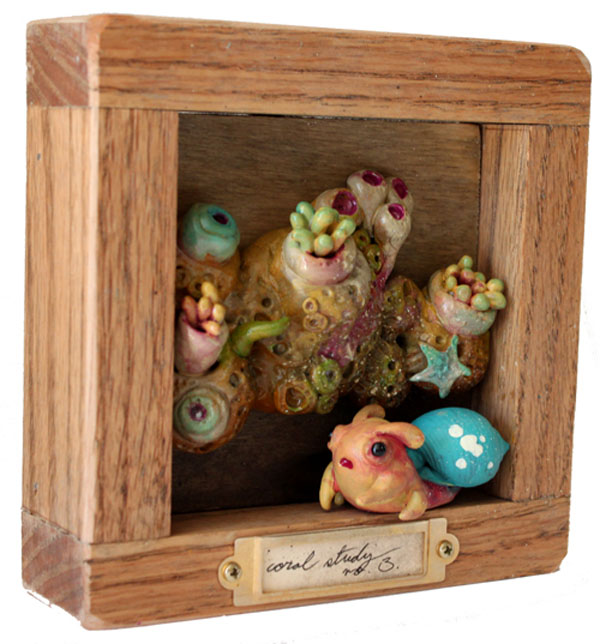 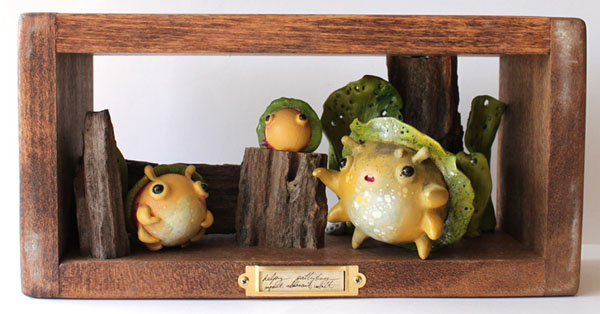 Shing also takes her work a step further down the museum path with a shadow box detailing the life cycle of the kelpy frilled fattybug. Three stages of cute and wonder, but are these polyp, ephyra, and medua stages? If you are as curious as we are on her creations, you can ask Shing herself at the opening September 6th, because she will be on hand to talk all about her delightful sculptures. 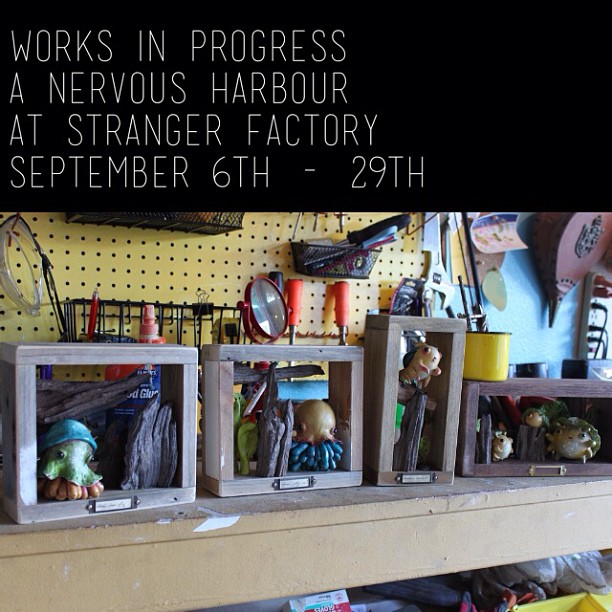