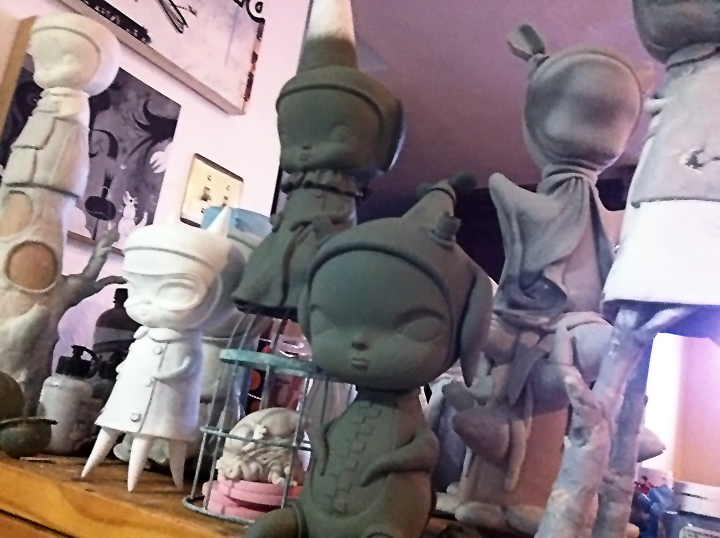 This April marks the one-year anniversary of Monsters & Misfits, a three-person exhibition by Kathie Olivas, Brandt Peters and Chris Ryniak that took place at the Kusakabe Folk Museum in Takayama, Japan. It was an exhibition that birthed some of the most challenging, influential, and beautiful works in the careers of these artists; an exhibition that they were unable to attend; an exhibition that helped raise $16,000 for disaster relief. Monsters & Misfits boosted the morale of the townspeople, helped rebuild a devastated city and reminded everyone of the healing power of art. It was prolific in all aspects.

And this year, we go bigger.

Circus Posterus returns to Japan this April for Monsters & Misfits II, a group show featuring new works from the original three artists, as well as Amanda Louise Spayd and Doktor A. Hosted for a second year by Tomenosuke-Syoten at the Kusakabe Folk Museum, the opening takes place on the eve of the Takayama Spring Festival, April 13th.

We kick things off with a progress shot from Kathie Olivas and Brandt Peters. Delight yourselves in discussion! There’s plenty more to come.