Kathie Olivas’ “Encrusted Ash” is on the hunt. 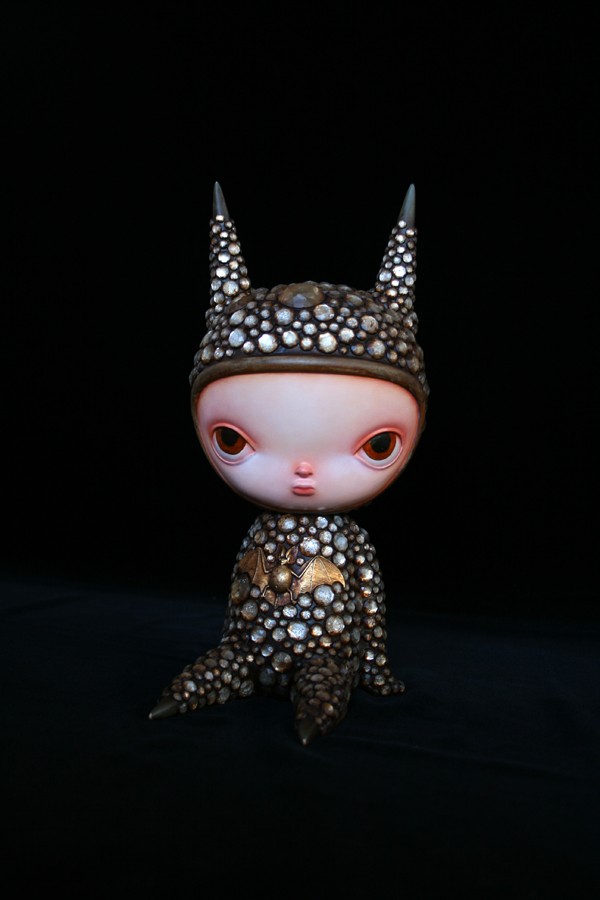 You may recognize “Ash” from the Wandering Misfits series, but Kathie Olivas has a very special “Encrusted Ash” lurking in the shadows for Monsters & Misfits III.

Unlike the wandering cousins, this Ash by Kathie is on a mission in Japan. You might be able tell by the determination in the eyes, the encrusted jewels, or even the figure on the chest that this Ash, is all business. You see, Ash is the seeker (stalker) of Fledermaus, the Bat King, who only appears to the living once a year during the night parade. Hoping only to catch a rare glimpse of Fledermaus, all 11″ of Ash’s oil, acrylic, and found objects on cast resin are already staking out a spot in Takayama, Japan for when Monsters & Misfits III opens September 13.

Keep your eyes here because we may have a rare image of Fledermaus, the Bat King next week.