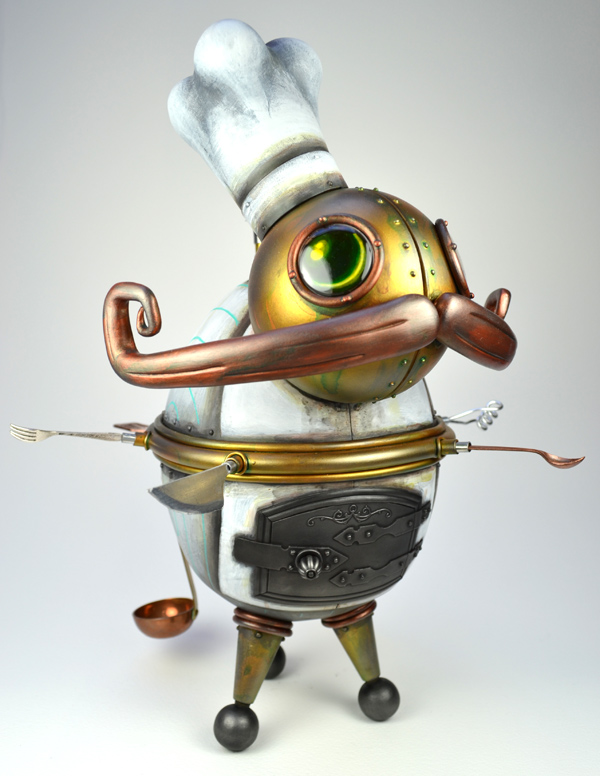 Next up to bat from Doktor A for Monsters & Misfits II is The Confectioner, an organic chemist and Joshua Hipplewaithe’s co-conspirator in candy creation. Here’s his story:

Organic Chemist by trade Archibald Schpoon enjoyed cookery as a hobby.
Upon a chance meeting with Joshua Hipplethwaite he began experimenting with confectionary and soon it became a driving passion.
He delved into the conundrum of complex and unusual ingredient combinations and the unexpected effects that they could have on some types of Mechtorians.
Ever pushing and blurring the boundaries of what was possible within the fields of exquisite delicacies and recreational pharmaceuticals.

Fashioned from vinyl, acrylic, epoxy resin, polymer clay, lead, rubber and found objects, the Dok delivers yet another showstopper original sculpt for the collectors in Japan. More snaps of the candy man are below! 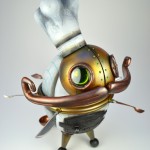 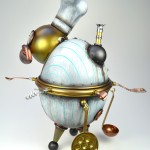 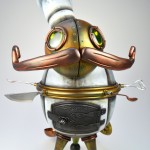 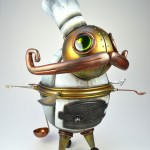 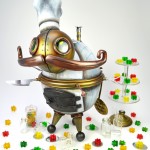 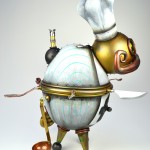