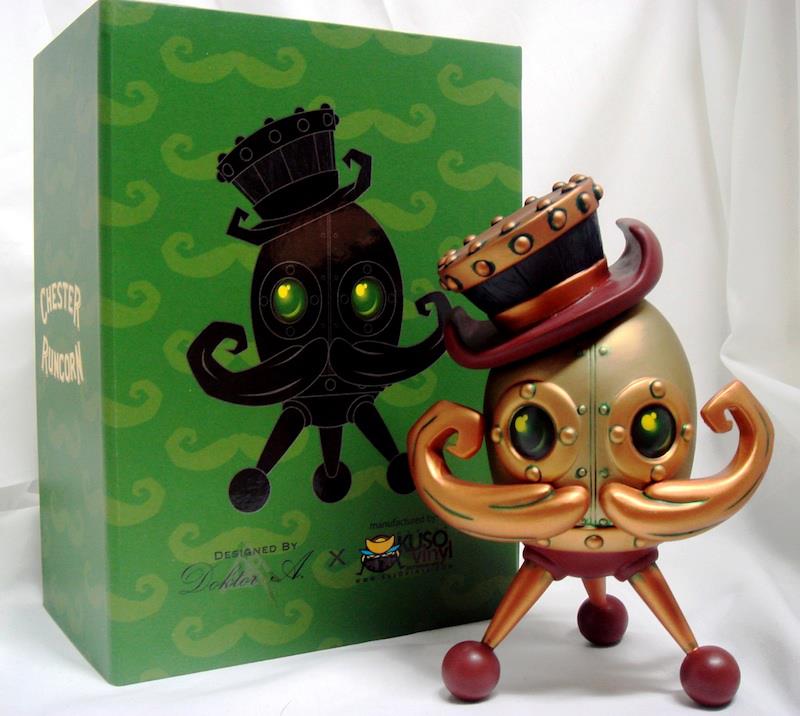 Heads up, Dok A fans! Chester Runcorn (peek the prototype) is set to release at this year’s WonderCon in Anaheim, CA, March 16th! After making a splash at DesignerCon 2011, the first edition of the stately, 6-inch figure from Kuso Vinyl is dubbed the ‘Port’ colourway. He’s a run of 300 pieces and will retail for around $65 per. Kuso will have about 30 of them at their booth (#65), so arrive early! Totally loving the mustachio’d display box.