Doktor A & The Curse of Bella DeLamere 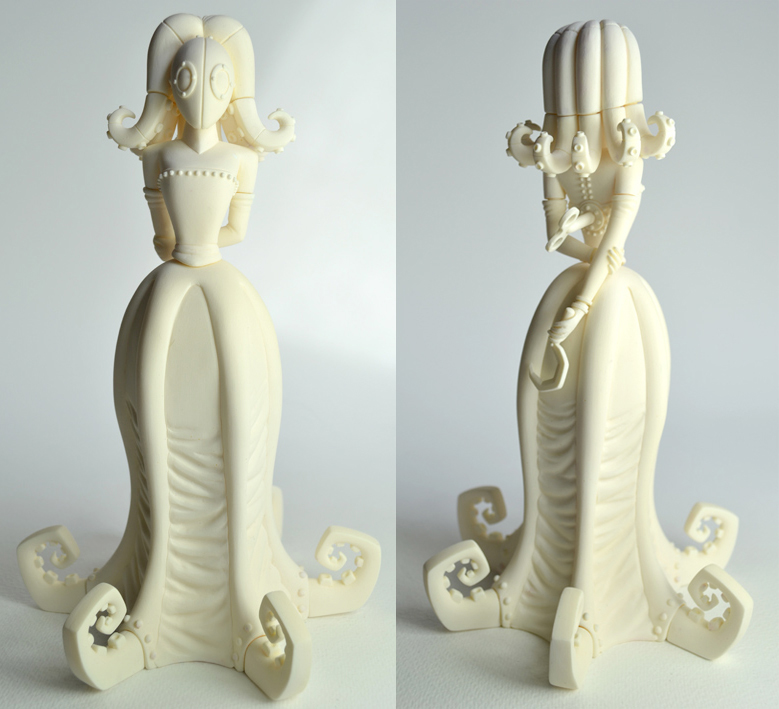 Remember this lovely femme? It’s been just over a year since Doktor A and Arts Unknown announced the pre-order of Bella DeLamere, an 8-inch Victorian steampunk bombshell who was expected to release last fall/winter.

Well, not all toy releases go accordingly to plan, and according to Dok, everything that could have gone wrong went wrong: several digital sculpting attempts were trashed, two physical sculpts were rejected … there was even a studio flood.

Fast forward through the migraines and hair loss and the duo finally have a prototype that is capable of being produced. She also scored some weapons upgrades and also has a ‘secret tucked away somewhere.’

Bella is anticipated (curse allowing) to hit retailers by the end of August. 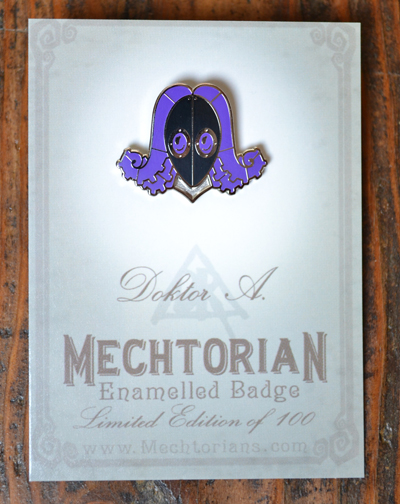 In other Bella news: Doktor A’s final iteration of the DeLamere Mechtorian badge releases via the Spookypopshop tomorrow, May 5th. ‘Mourning’ is an edition of 100, comes signed, bagged, boarded, numbered … she comes packing, in other words, and for only 10 bucks. They’ll release in waves throughout the day tomorrow to accommodate the different time zones. Good luck!

1 thought on “Doktor A & The Curse of Bella DeLamere”