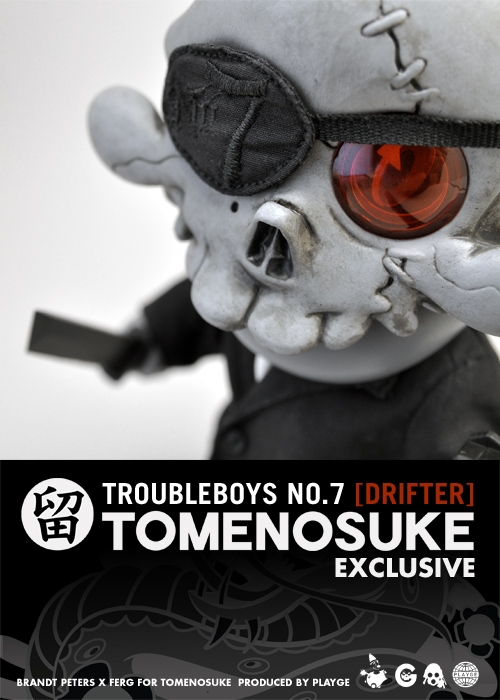 In anticipation of the forthcoming release of the next Trouble Boy Squadt, FERG has revealed a slick new teaser of the only Squadt whose origins lie in the land of the rising sun: the Yakuza-inspired No. 7 [Drifter]. It’s also been confirmed that this installment of the barnburner collab between FERG and Brandt Peters is an exclusive to Tomenosuke-syoten.

Release info will be announced as soon as FERG nails down a date with Shinji … keep it locked!