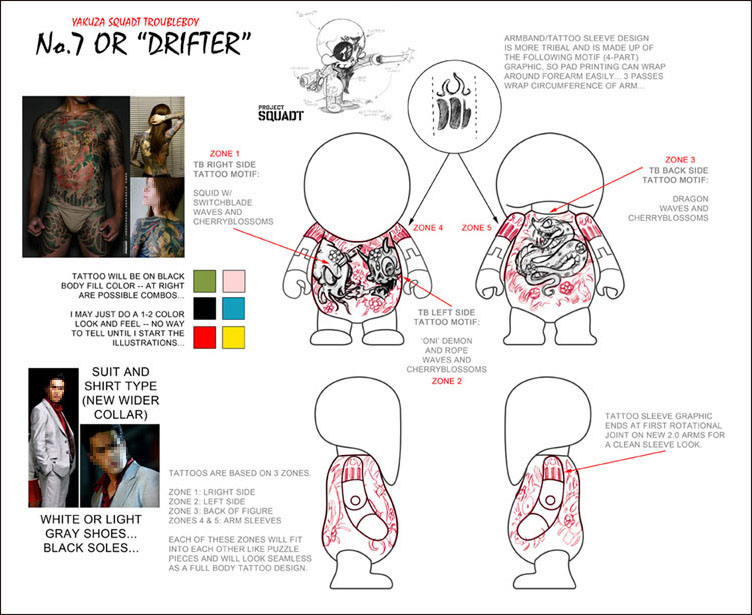 Some interesting history about [Drifter] and the Yakuza from Shinji at Tomenosuke-syoten. Trouble Boy No. 7 is slated for release mid-June.

At the preparatory stage of the Trouble Boy #7 DRIFTER, I talked about the symbol accessories of the Yakuza with Brandt Peters. One of them was “tanto knife” that comes along with the Mac11. However, some of the ideas were finally omitted. One example was a badge which was drawn on the concept art of Brandt’s. I sent him a picture of real badges which is famous as a symbol of Japanese syndicates; however, I told him that our design should not be associated with the real one. Finally the idea was not adopted, so honestly I was a little bit relieved. It was just like ”Better safe than sorry.”
On the other hand, Brandt had a tattoo idea from the early stage. The special point of the Trouble Boy this time is the hidden tattoo covering the whole body under the clothes presented by so-called Brandt’s specialty touch. The above image is the first tattoo layout sent from Brandt on July 7, 2011.