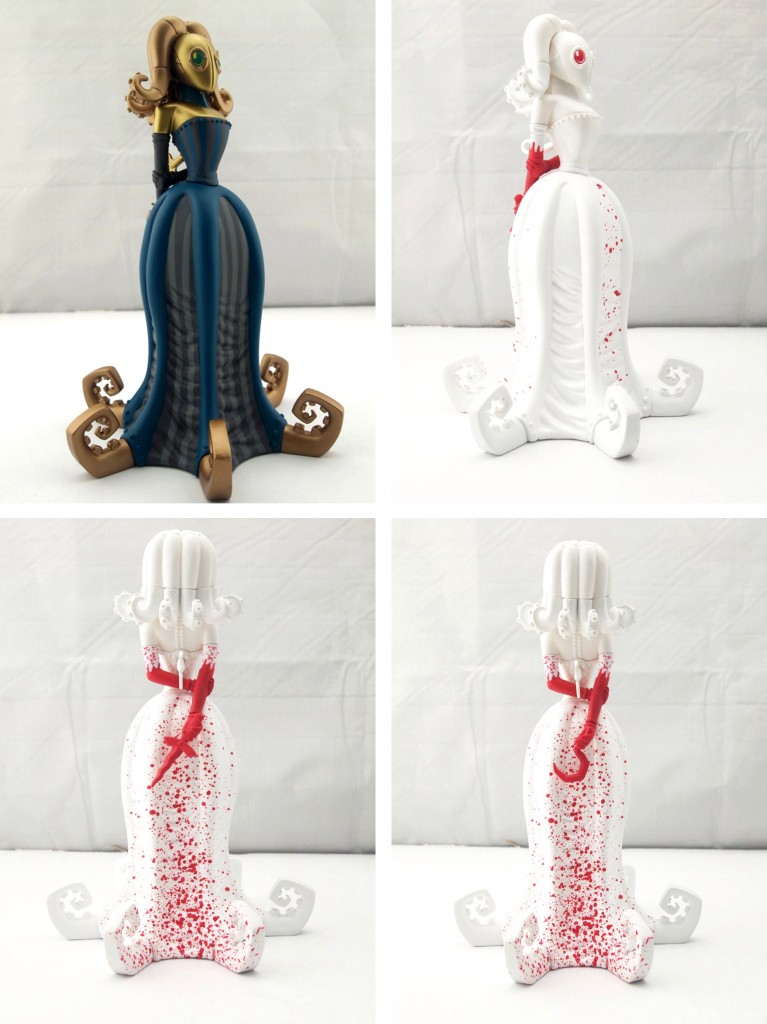 At long last, collectors can rejoice as Arts Unknown has just announced that Doktor A’s Bella Delamere has officially gone into production. The figure was met with a rash of mishaps since its announcement back in April 2011, but it’s now full steam ahead for this femme fatale (touch wood).

Above are colour samples of the regular and member’s exclusive editions. The latter, entitled “The Winter Deed”, features matte and glossy white accents. And there’s blood everywhere, so naturally I’m biased.

Expect a release announcement for both editions very soon.