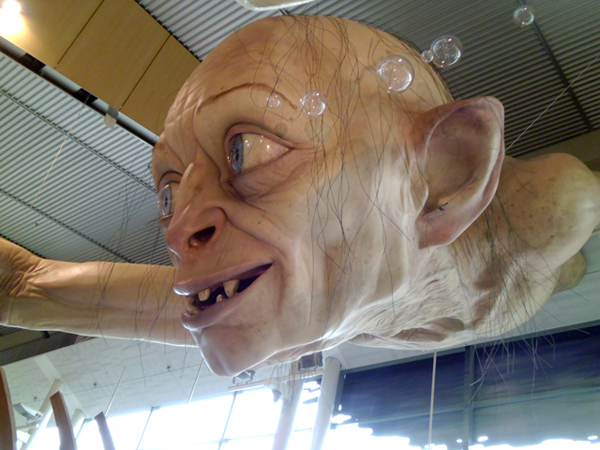 We probably don’t really need hype for the new film The Hobbit: An Unexpected Journey because it will be huge and awesome anyway, but there is never anything wrong with just doing something cool. Weta took to the Wellington Airport in New Zealand for an installation of a GIANT Gollum as a little promotion to the film and where it was filmed. From the rafters of the airport you see this monstrous and captivating Gollum diving for his fishes. It looks to be set up over a food court area which makes this actually fairly amusing. Watch out for drool down there, and watch the video of the lengths that one has to endure for this undertaking.

Now I want to go to New Zealand even more. THE HOBBIT! 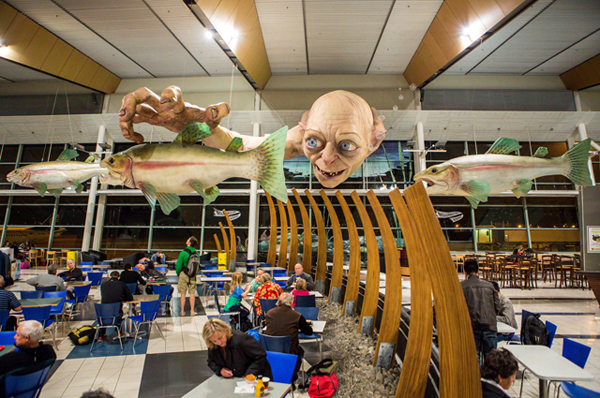 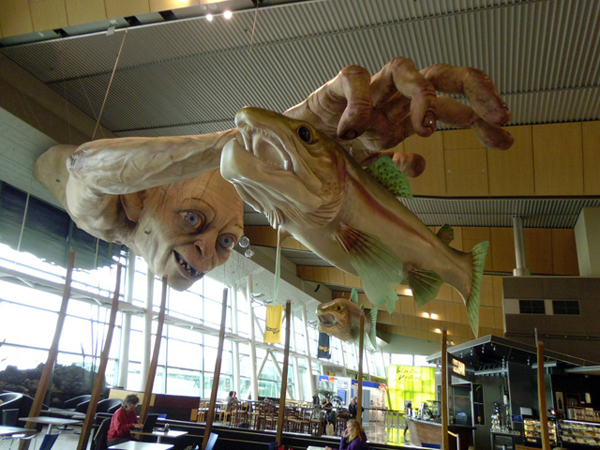