A Trio of Terror (not really) for Monsters & Misfits III

Before the show opens, we thought a final few glimpses or creatures from the night parade would be appropriate.

Leemace, by Stan Manoukian lives among moisturing wood in the forest and has a favored taste for squishie worms. If you see him during the parade, toss him some to eat on because he will be hungry. 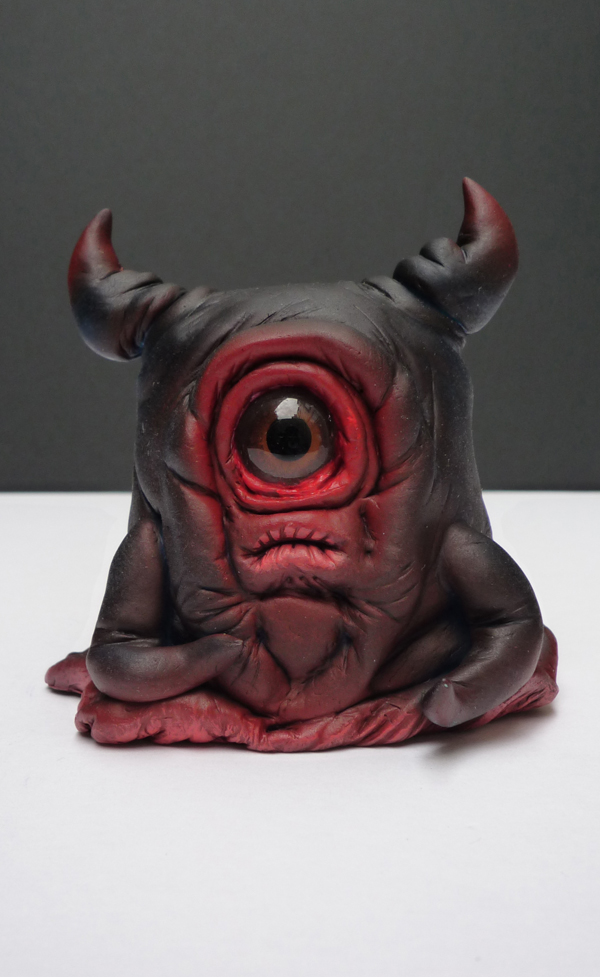 The blue Strops by Andrew Bell are getting restless. I wouldn’t want to cross these guys. They are pretty emotional. 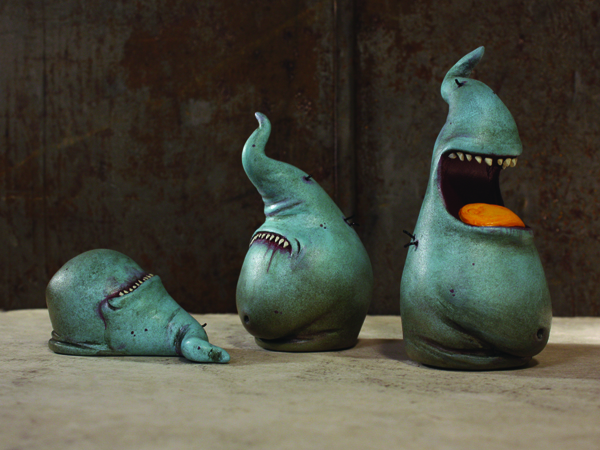 Doktor A has his Flagman ready to cheer on all the monsters and misfits of the parade as they go by, but what he doesn’t know is he is one of them too. 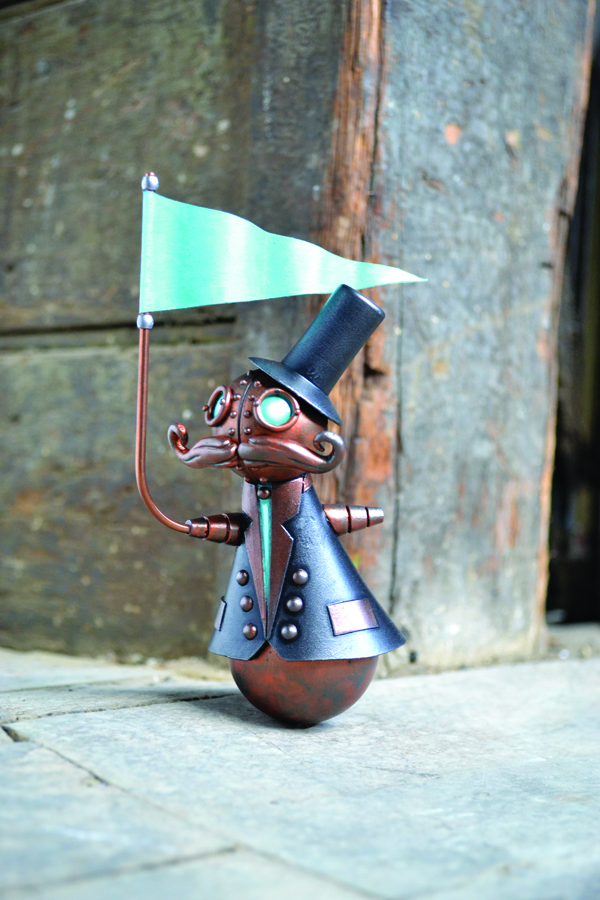