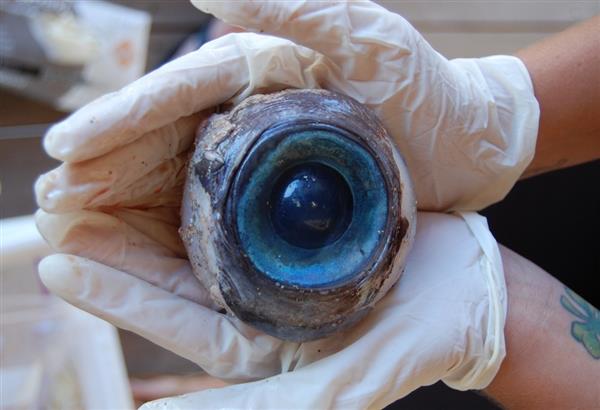 It was a weird last couple weeks, but I got busy. This week’s weird web finds are off the chain.

Who couldn’t miss the gigantic eyeball that washed ashore in Pompano Beach, Fla and was picked up by a beachcomber. Now at first I thought it just was a discarded glass eye from Ryniak, but it is probably from a huge fish that fell victim of the fish version of Jason Vorhees. 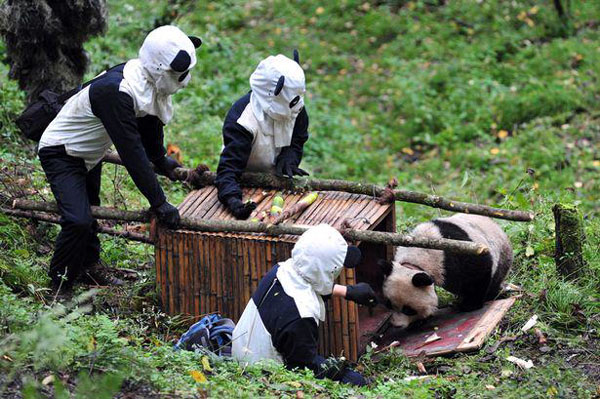 Now how better to adapt a panda back into the wild but to dress up like a panda during all interactions. I’m sure the panda doesn’t notice any smell differences at all. These panda costumes will probably be huge in NY in a couple seasons. 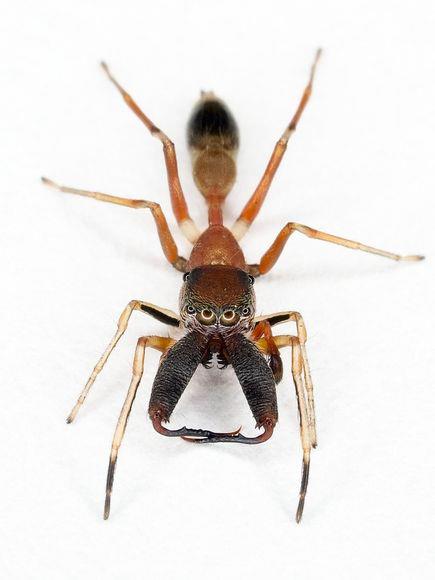 No this isn’t a Dok A piece with a wicked stache!

Now researchers have found a new spider. This creepy crawly was found in Borneo and has yet to obtain an identity. Now when I was in undergrad learning all my biology stuff, I daydreamed of being a taxonomist. If I was a taxonomist I could name this guy whatever I want, but alas my three years of Latin is not strong enough. Actually, that doesn’t matter since modern taxonomists name species whatever they want including their names or a jab at a fellow researcher. I would name the genus species of this guy “FakeStache Spidermangus”, and it would totally rule!