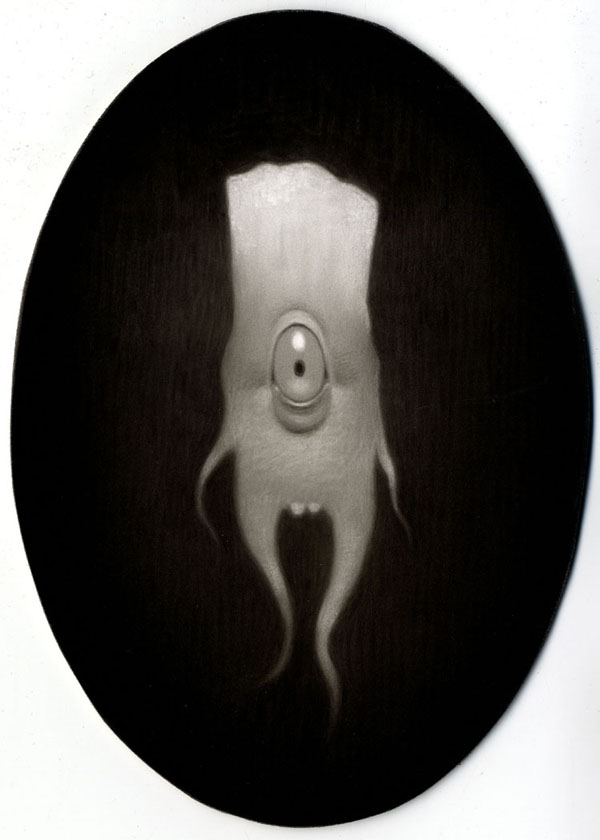 They creep into bedrooms at night and remove rotten teeth from sleeping humans’ mouths. They then replace the tooth by embedding themselves into the jaw line.

These creatures are mostly harmless and are actually stronger than regular teeth. They give off a sweet minty odor and often mask the smell of tooth decay and gum disease.

Most people who have them only notice them when they eat ice cream or an ice chilled drink because it loosens their grip on the gums which may cause them to fall out.

This slightly derpy guy from Travis Louie makes me smile every time I look at him. I think he will too for all of you attending Circus Posterus’ “Traveling Circus” at Rotofugi this weekend. 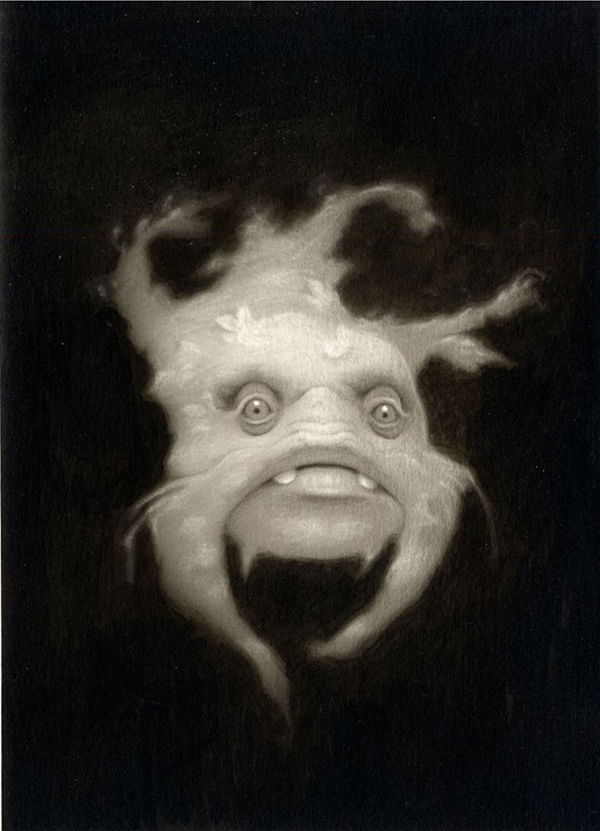 Travis Louie’s Seaweed Pod is an organism discovered in the Sargasso Sea in 1928.

At first, the bioluminescence of these small creatures was thought to be a lure to catch prey. On close inspection it was revealed to be a defensive weapon. These 5 inch diameter floaters can generate an electrical charge, firing a spark even underwater when in danger.

Catch a rare glimpse of the Seaweed Pod, or take him home when Circus Posterus’ Traveling Circus comes to Rotofugi in Chicago this Saturday. 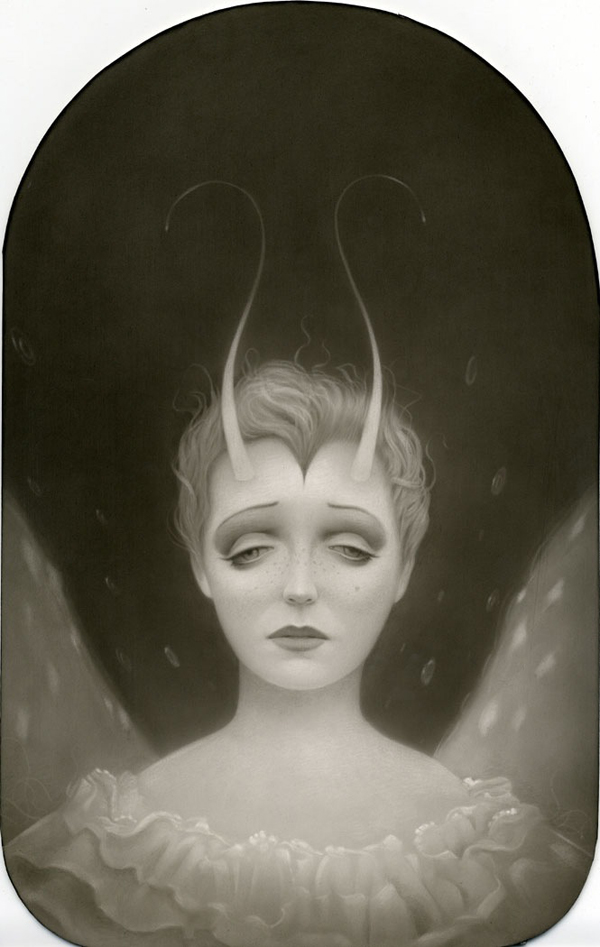 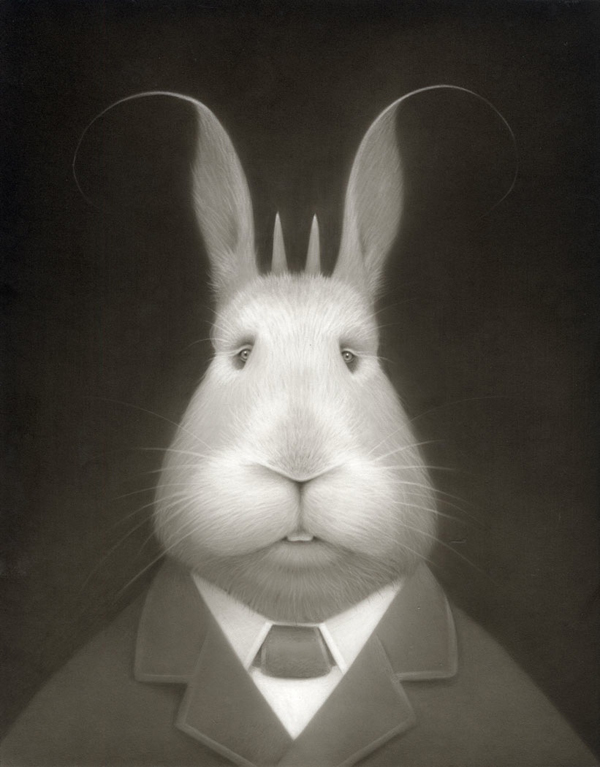 Oh, do we have a treat for you this hectic Monday. We have four, yes – FOUR new prints in the Circus Posterus Store!

Up first, are two prints by Travis Louie that are both 13″ x 19″ and come signed and numbered for $100 each. The Duelist and Coelacanth is one of Travis’ most iconic images, and the Hypno-Doll sets an appropriately creepy stage for the Halloween season!

The Duelist and Coelacanth 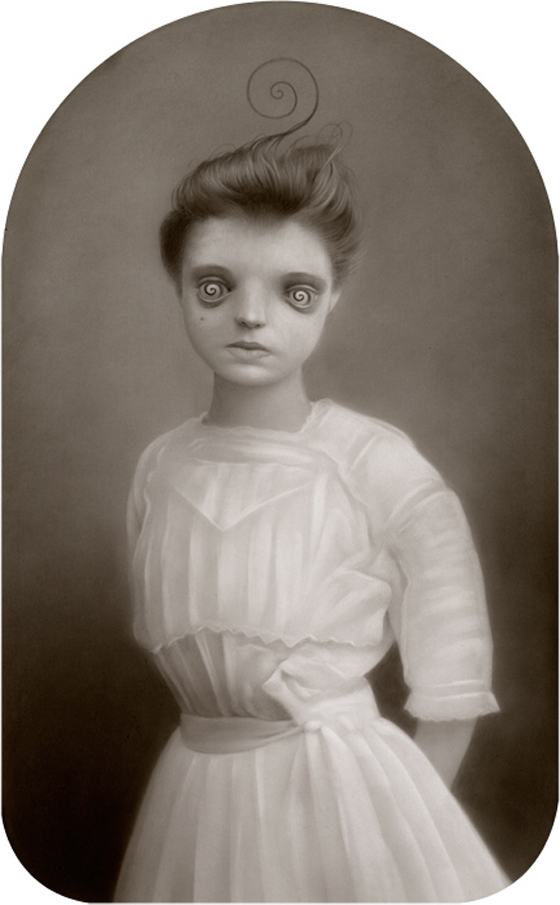 Next, we have a marvelous duo of prints by Kathie Olivas that are 13″ x 19″ for $75 each. They come signed and numbered. You will notice the Night Parade print from this year’s Monsters & Misfits, as well as the fan favorite Calliope Jackalope herself. 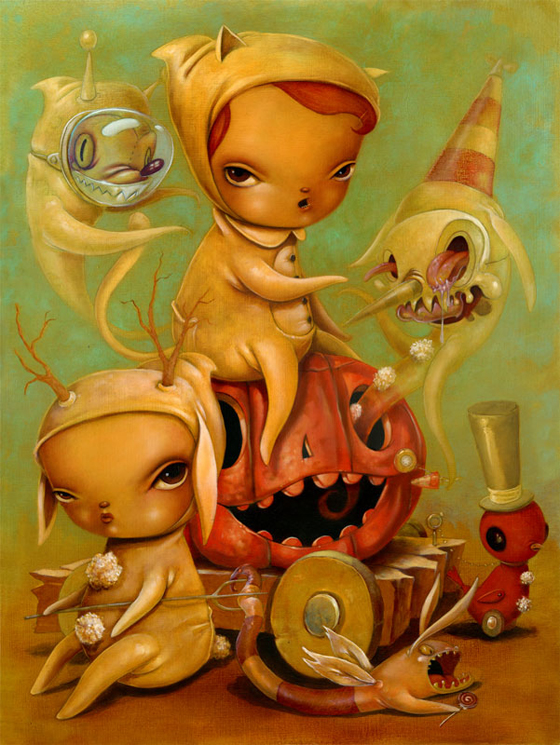 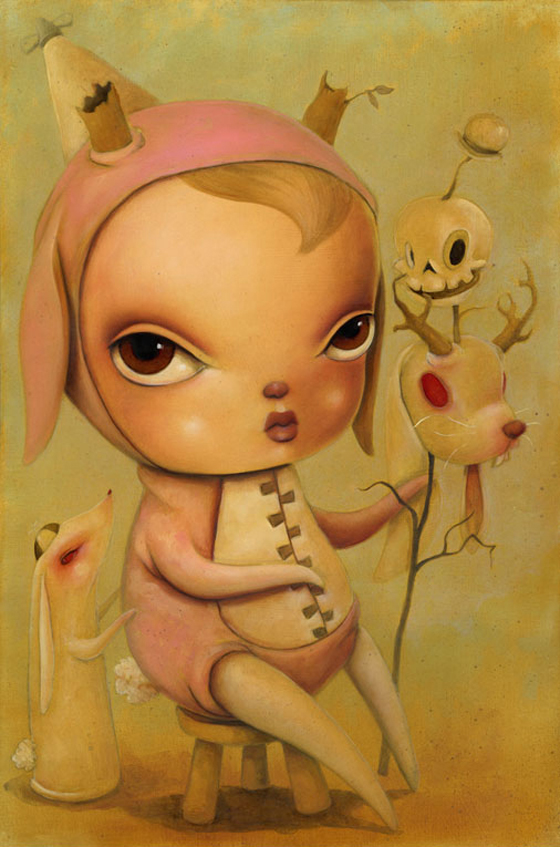 All prints can be found right here. 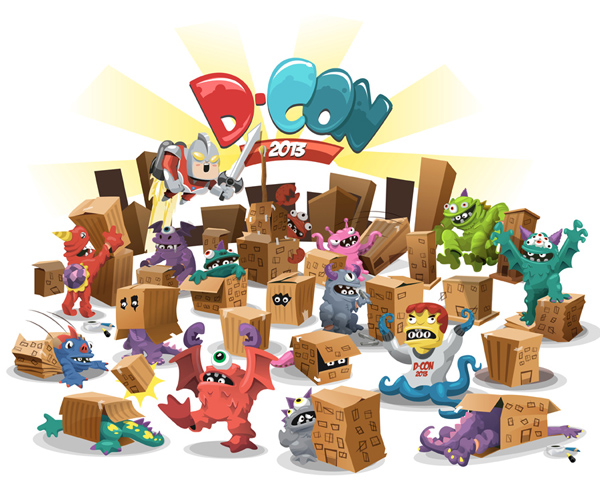 Circus Posterus returns to Designer Con for the third year in a row, and this time, we are going bigger and better!

Now with an additional day, DCON is twice as awesome, and this means we have to bring twice the amount of excitement. Don’t worry, we got your back.

In the upcoming weeks, we will bring you all kinds of information regarding what you can expect from the Circus Posterus team. The crew is busy finalizing releases and exclusives, but we can tell you some of the artists slated to be on hand for the fun and games are: Brandt Peters, Kathie Olivas, Shing Yin Khor, Chris Ryniak, DrilOne, Travis Louie, and Amanda Louise Spayd. If that isn’t enough to whet your appetite, we hear there may be a return of “random goodness”.

If you want to learn more on Designer Con or get tickets go here.

If you want to talk about Circus Posterus and DCON, join our forum here.
(trust us, it has advantages to be active) 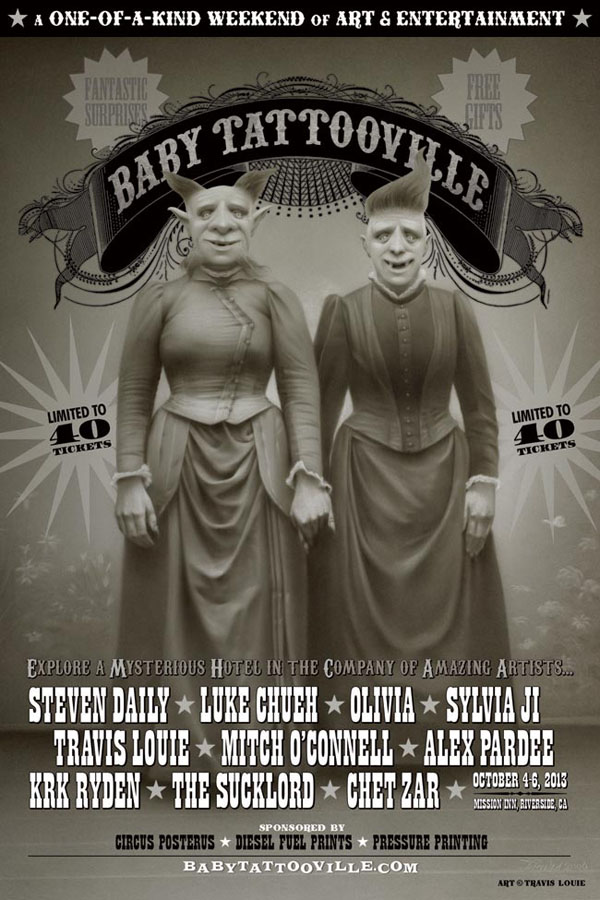 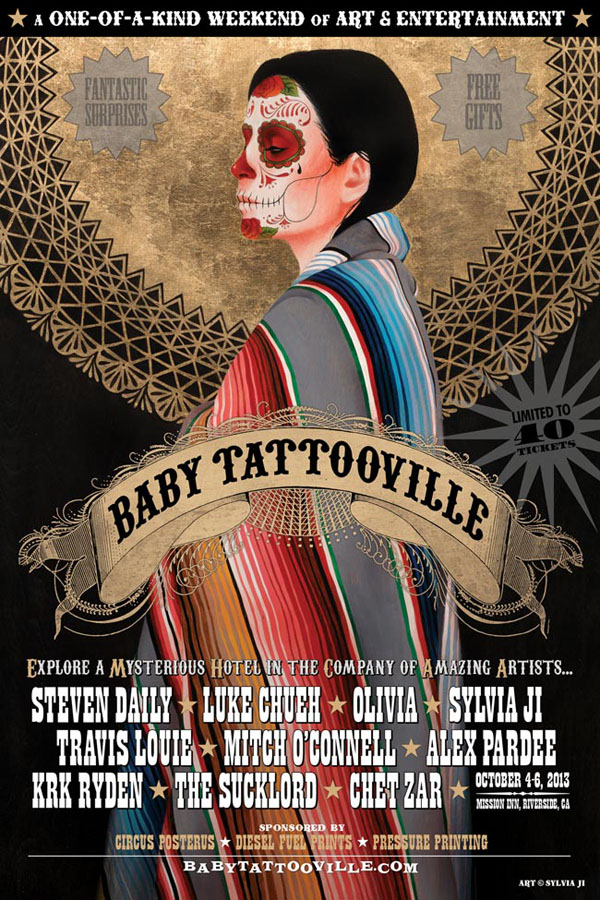 New to the Circus Posterus online store are a deluge of original art from recent shows! We have added  plenty of work in our store from Shing Yin Khor, Travis Louie, Turf One, and many more – all right here. 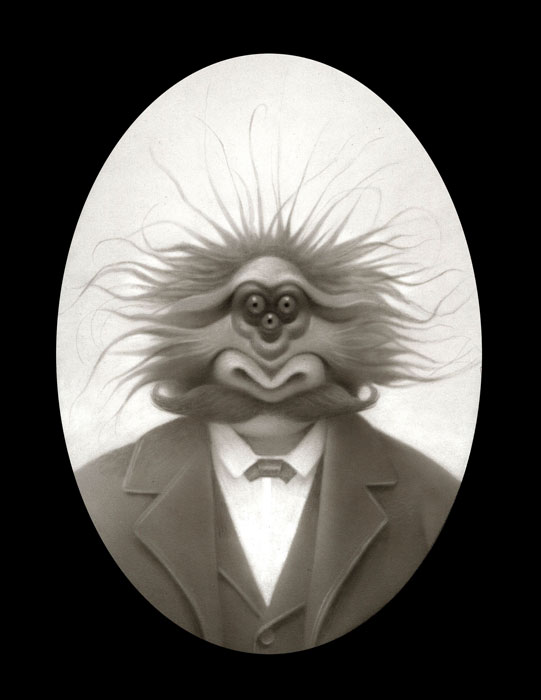 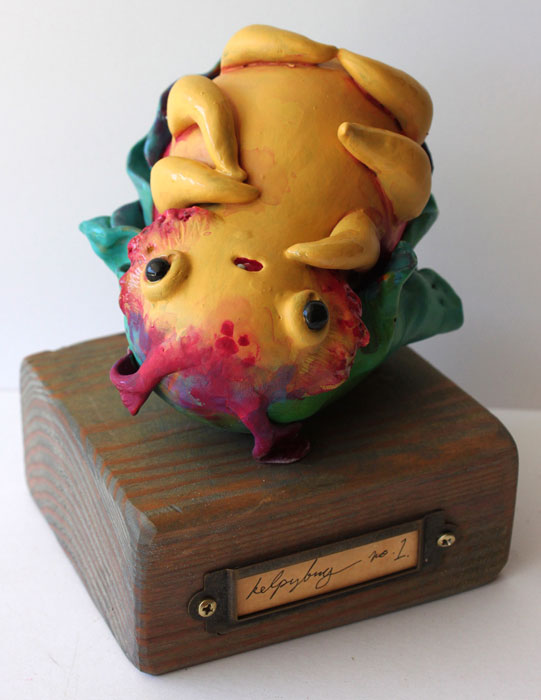 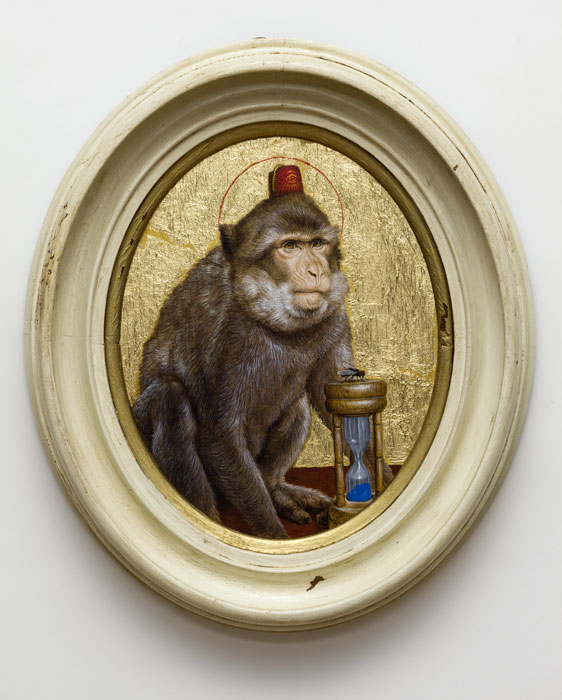 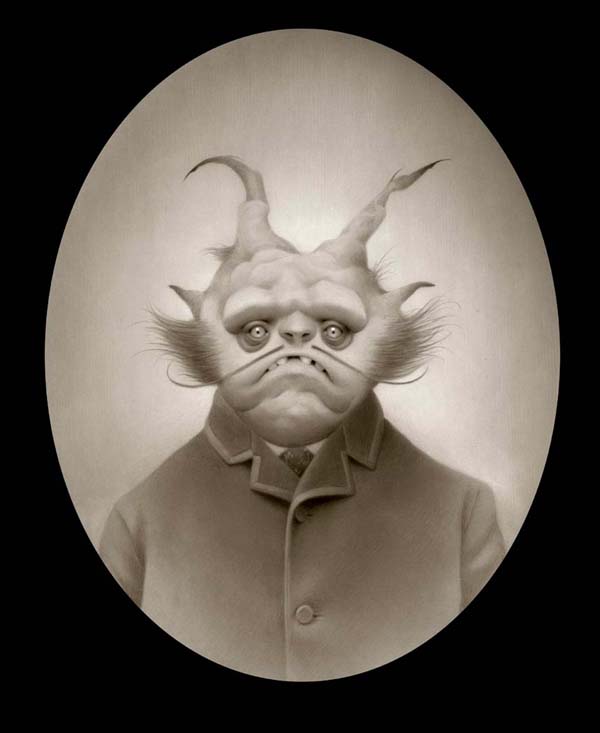 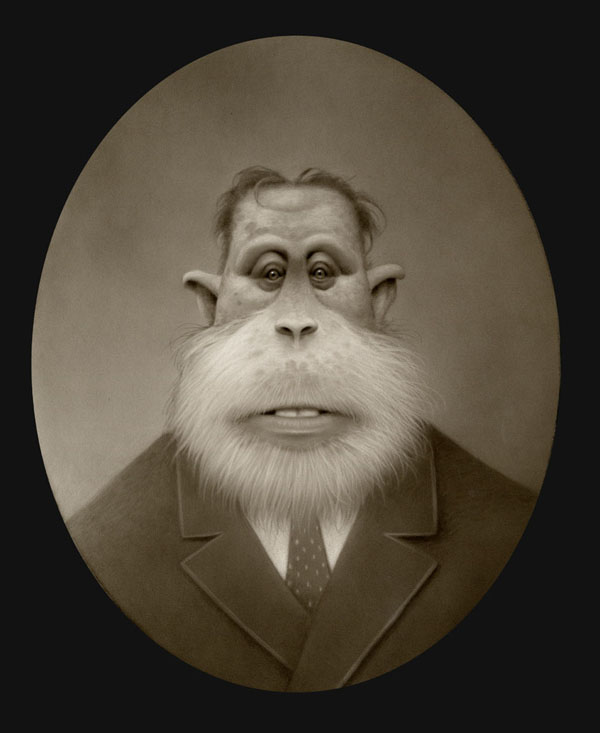