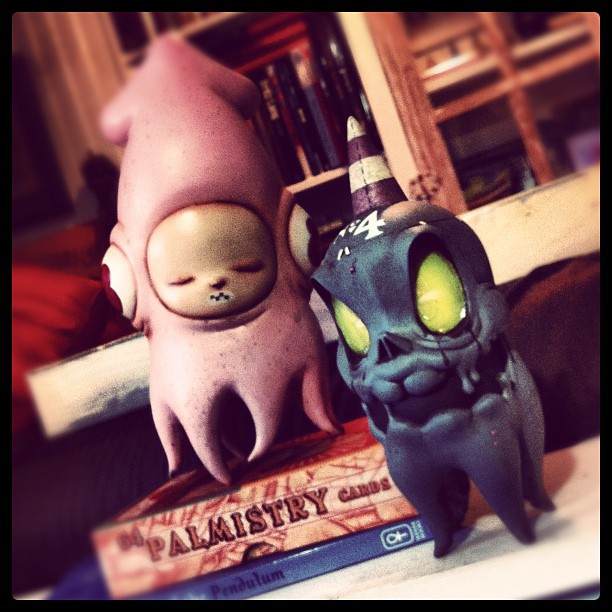 Oh hot damn, remember these two?! Kathie and Brandt’s Ultra Squid Girl figure made its debut as a prototype at the Super7 booth during SDCC 2011.

Now, this probably goes without saying, but this is a very complicated sculpt and production on the vinyl edition is still up in the air, but the GOOD NEWS is that resin versions of the sculpt EXIST. What you see above is the first hand painted set to be revealed (we’ve also seen a lone Squid Skull), and is part of Le Carnaval des Spectres in Paris this September. Unlike the vinyl edition, these figures cannot be stacked (originally the Squid Girl on the left was intended to slip over the Skull), but I don’t think I’d want to conceal the sheer awesomeness of that irradiated invertebrate, anyway! We’re talking handpaints, people! Just when you thought this figure couldn’t get sexier … ;)

Plenty more pics and info to come; this is startin’ to get good!