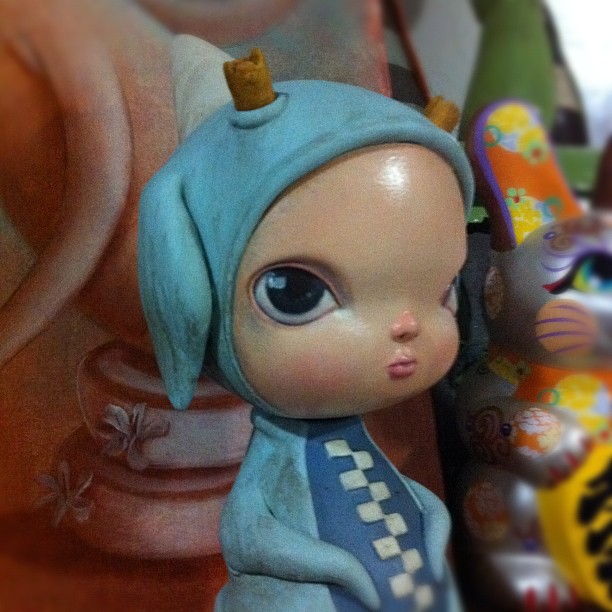 We have some fresh tasters from Kathie Olivas and Chris Ryniak for everyone heading out to Spectrum next weekend in Kansas City (damn, this came up fast!). First up is a Calliope Jackalope hand paint from Kathie: the first-ever to be revealed! This little lady is one of the resin prototypes (it will also be sofubi), which we’ll see more widely released later this year. I’ve always been a sucker for those floppy ears and big eyes … and now they’re throwing broken antlers into the mix … can’t. handle. iiiiiit. (Kind of curious about the painting in behind, as well; here’s hoping KO’s been slingin’ some fresh paint!) 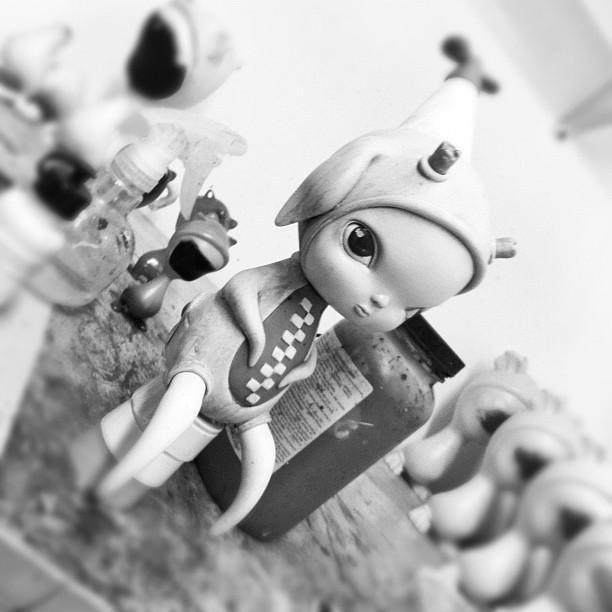 And please accept our apologies in advance if you’re swarmed by fruit flies while visiting the booth; Ryniak is bringing along some Rotten Banana Mini Crumbeaters, whose siren song of sweet stink is sure to create a buzz.

Sounds like a blast, really. Spectrum Fantastic Art Live kicks of May 18-20 at the Kansas City Convention Centre in  lovely Kansas City, MO. Party’s in Bartle Hall; the CP booth is #919, right near the main stage. Brandt Peters, Archer Dougherty and Travis Louie will also be attending. 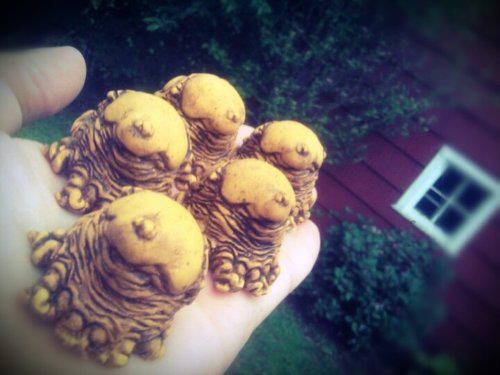