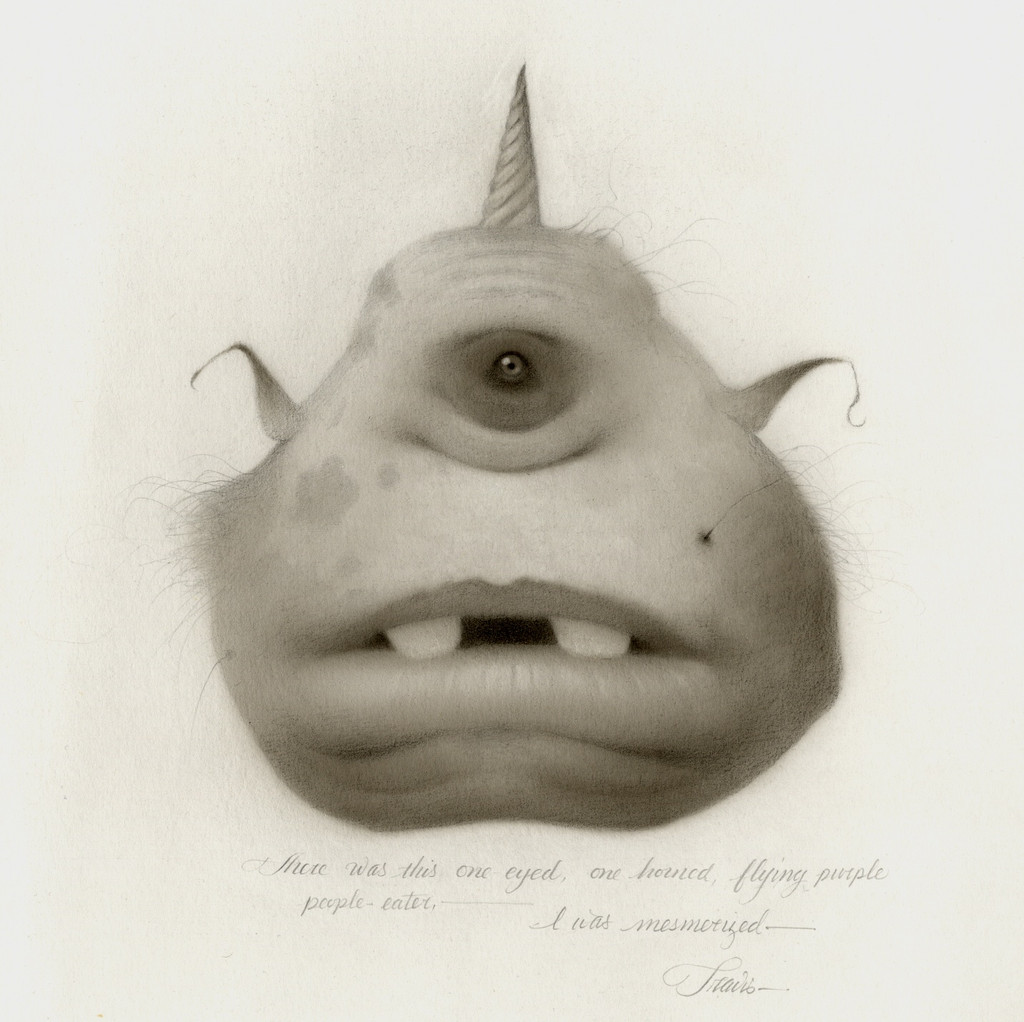 Glenn Barr’s second spin of his popular LP-inspired art show, Lyric, opened last weekend at 323East Gallery in Royal Oak, Michigan. Much like last year’s exhibition, participating artists were appointed the task of creating a 12×12″ piece of art (i.e. the size of a record cover) inspired by a song of their choice.

For Travis Louie, it was all about Sheb Wooley’s 1958 classic, ‘Purple People Eater’. His interpretation of said beastlie is captured above in graphite. (It’s also still available — grab it here!) 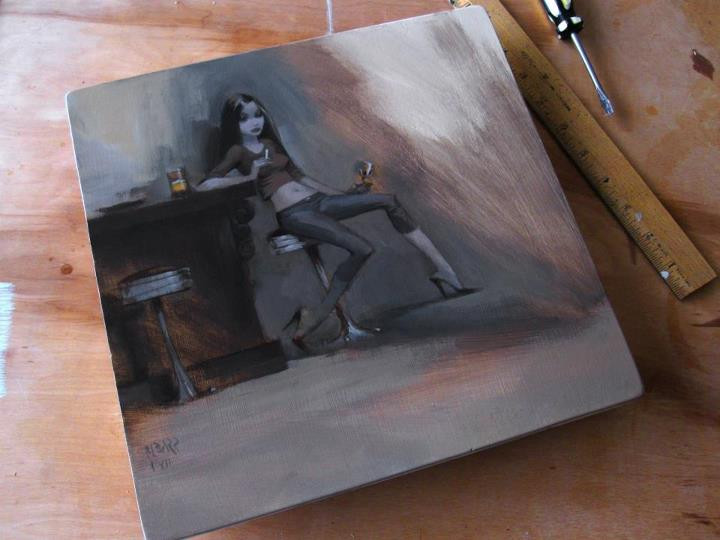 Glenn Barr’s choice was a bit more current — an acrylic on wood piece inspired by Velvet Underground’s ‘Lisa Says’. The piece is sold.

Show’s on until May 21st; stop by if your travels take you through the fine state of Michigan!