Both artists work in a complimentary abstract, illustrative style of portraiture that focuses on humor and is often charmingly grotesque. Deuble’s graphically layered mixed media work focuses on unique, often goofy characters lost in their own mundane worlds. Kelly’s work incorporates iconic cartoonish characters in a dreamy watercolor simplicity that narrate complex social situations that openly mock the human condition in a way that reminds us it’s ok to laugh at ourselves.

The exhibition opens with a reception with the artists on Friday, March 3, from 6-9pm. 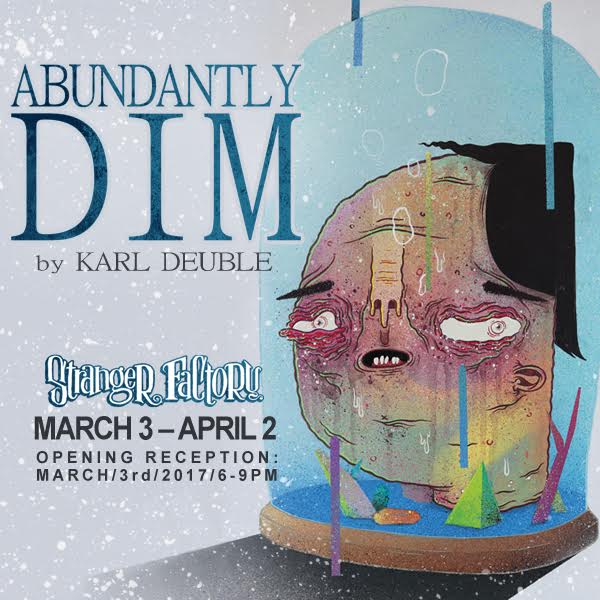 Karl Deuble is a screen printer and musician living in Albuquerque, New Mexico.  He received his BAFA from the University of New Mexico in 2006. Through his own signature combination of screen printing, acrylic, spray painting techniques, ink, and graphite, he creates what he describes as dim-witted characters that explore the inner workings of random thoughts and the day-to-day events that we humans encounter. Deuble will be showcasing about 22 new pieces, including original paintings, screen prints, and 3D plush figures. 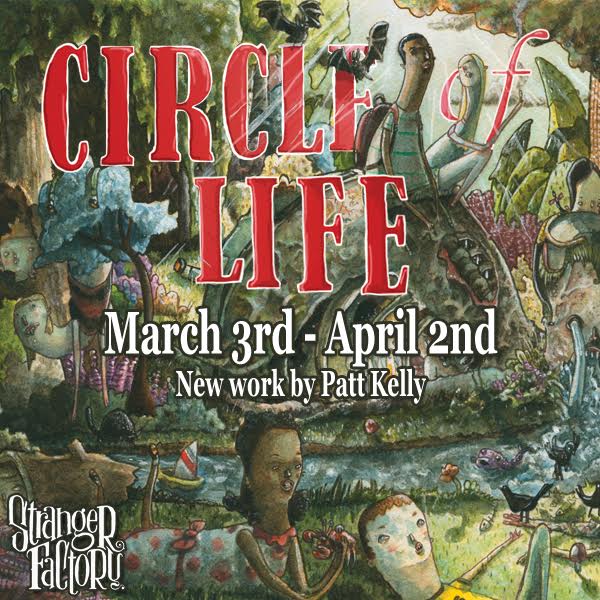 Patt Kelly is a Boston based illustrator who creates editorial work, comics, product design, and concert posters. Obsessed with cartoons and comics, Kelly attended Massachusetts College of Art and graduated in 2002 with a BFA in Illustration and has been working as an illustrator ever since. His editorial work has been seen in various magazines and newspapers all around the world.

With books published by Top Shelf Digital and Hic&Hoc Publications, Patt Kelly’s comics have received accolades from The Society of Illustrators and Publishers Weekly

Opening Reception: Friday, March 3 from 6-9pm
(The opening is free and open to the public.)

Both artists will be in attendance for reception.

The Gallery and its gift store are open 5 days a week (closed Mondays or Tuesdays). Please check strangerfactory.com for updated hours
during Albuquerque Rapid Transit Construction.