VIXEN is Brandt Peters’ contemporary re-interpretation of the classic pin-up art. Super heroes, alien school girls, crime bosses, and girl gangs: these characters embody a new female attitude.Peters’ larger than life femme fatales bravely strut the line between light and dark, and transcend any antiquated notions behind the interpretation of the female form.

The collection of new work was created as life-scale, with most pieces hovering between five and six feet tall. 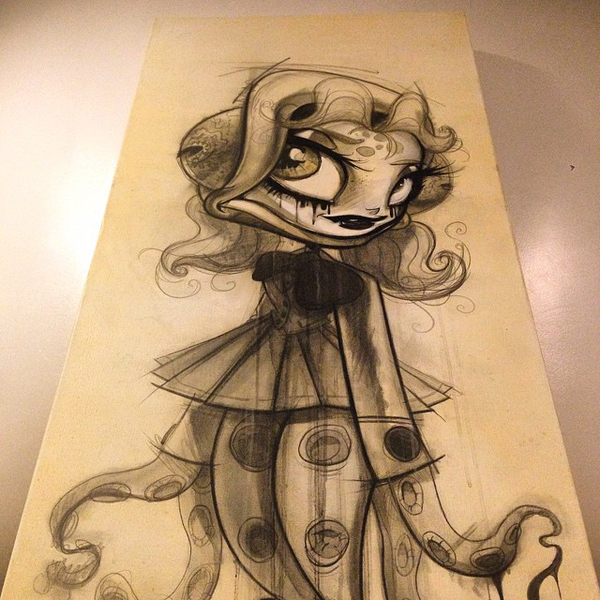 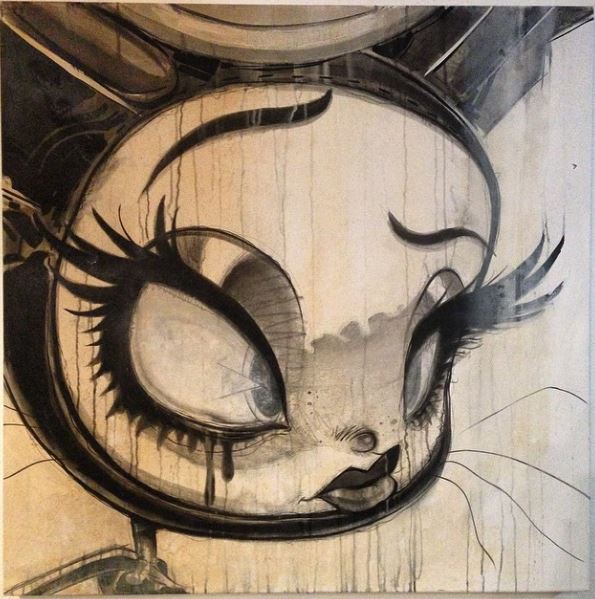 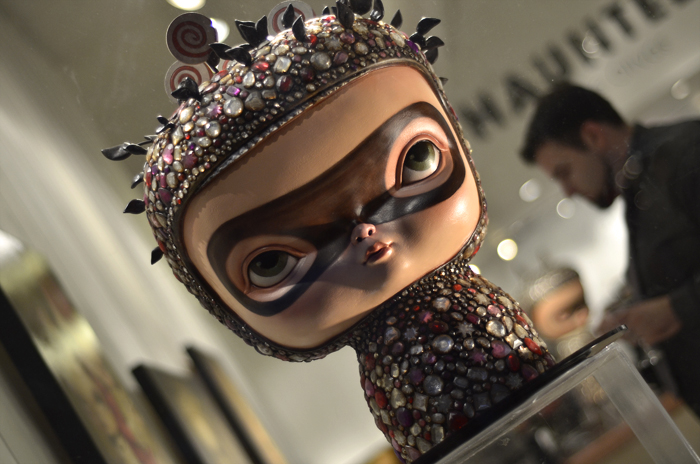 Kathie Olivas’s newest solo exhibition, Haunted, opened to a packed house at AFA gallery in lower Manhattan’s beautiful and bustling Soho neighborhood last Saturday. With 20 new paintings and eight custom sculpts, Haunted is Kathie’s largest and most ambitious collection of work to date and it did not disappoint. The evening kicked off with an artist walkthrough with the AFA staff and a brief Q&A period for the first hour.  Shortly after, the doors were unlocked and the wine uncorked. signalling the start of the celebration! A photo gallery of the evening’s festivities is posted just after the jump.

Haunted is on through December at AFA NYC. The full exhibition of works can be viewed here. Contact the gallery 212.226.7374 for pricing & availability. 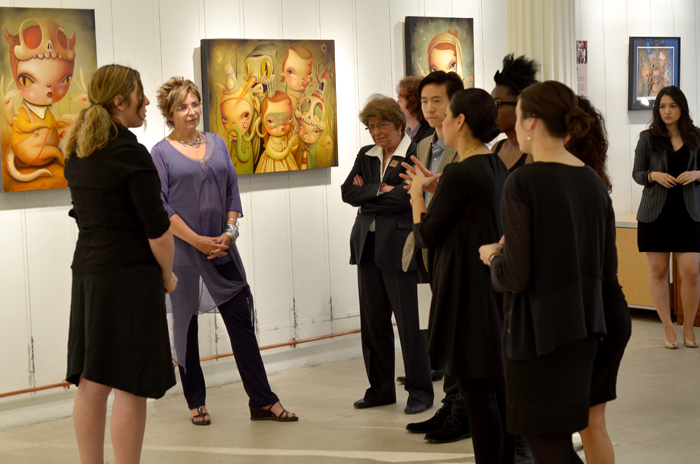 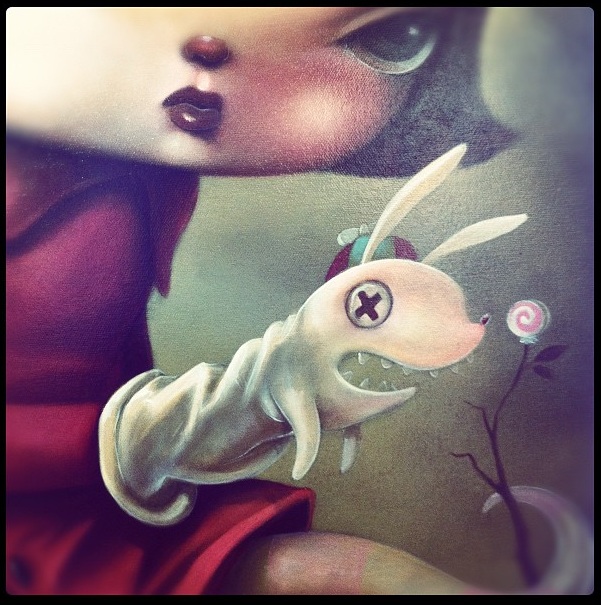 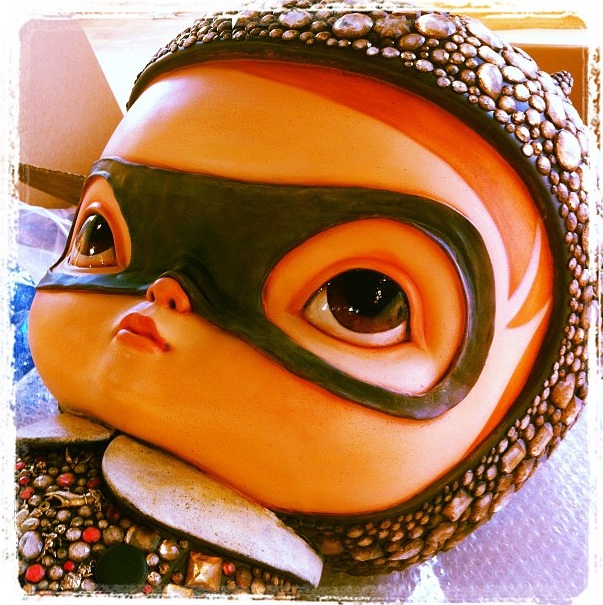 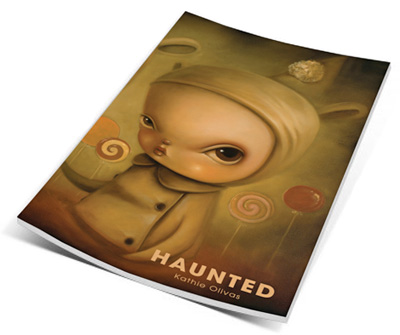 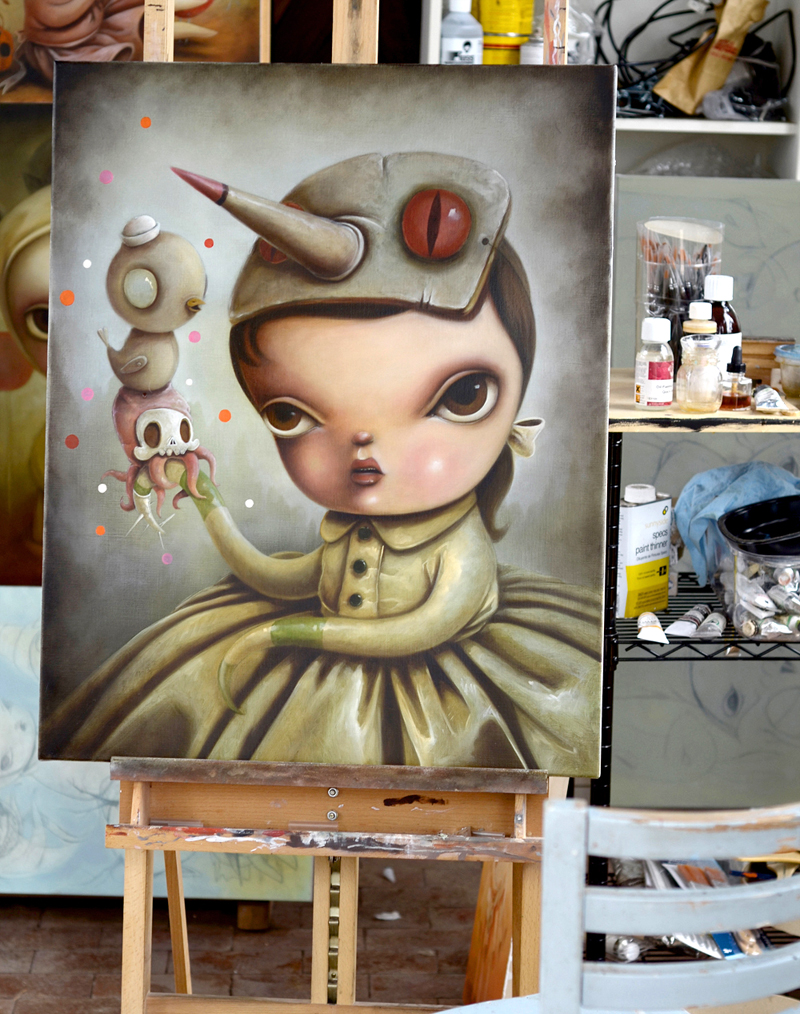 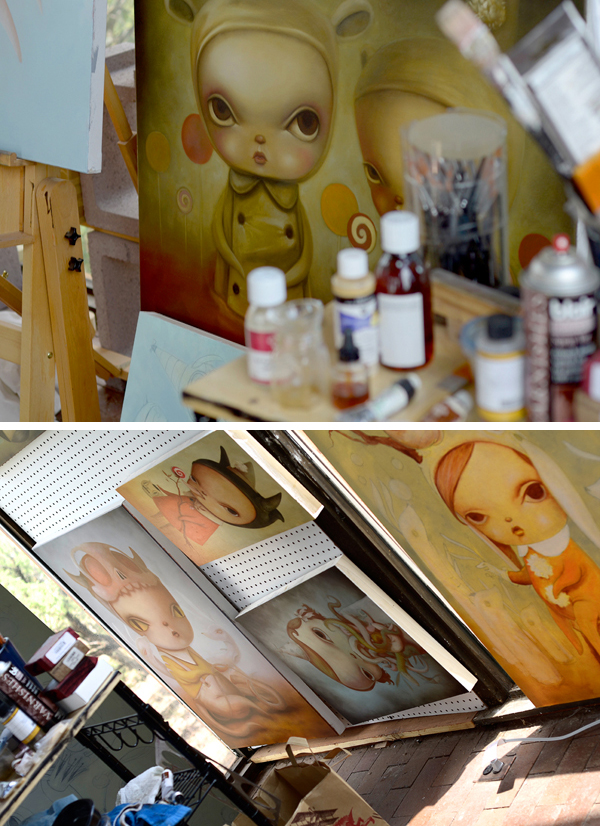 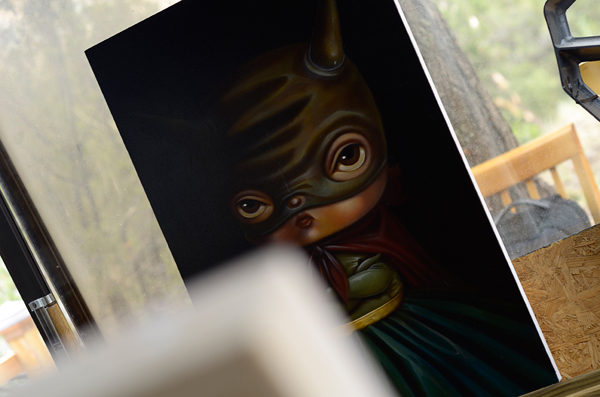 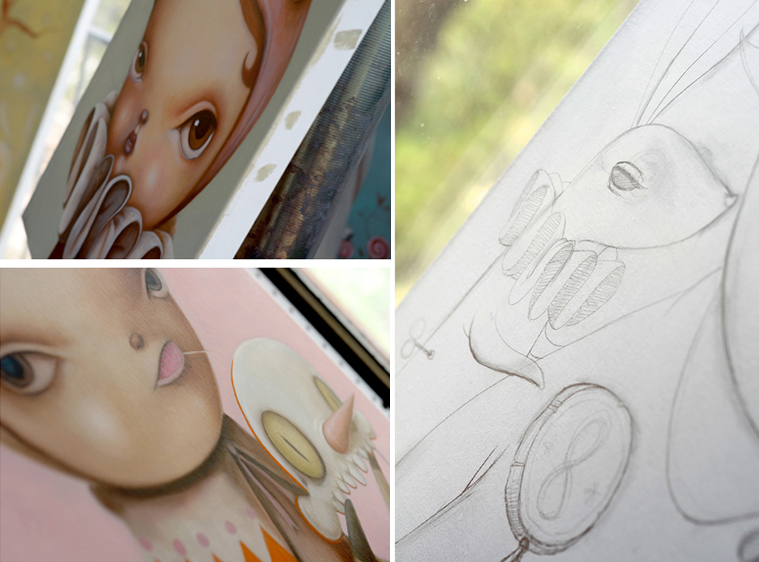 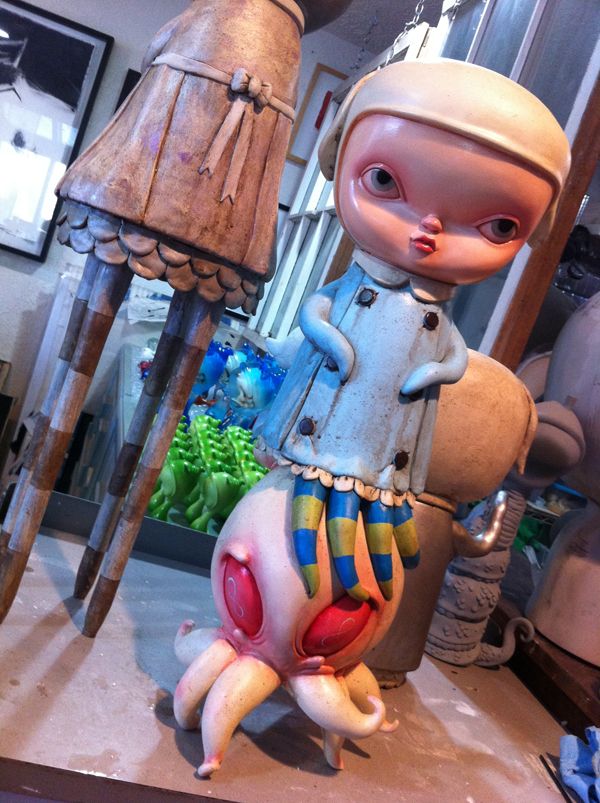 Kathie Olivas will have a number of fairly large and ambitious sculpts as part of her solo exhibition, Haunted, at AFA NYC next month. With the opening just a few weeks away, these pieces will start to emerge from the shadows as they ready for their journey to the Big Apple. Some are nearly complete, others are still a work in progress. Regardless, hang on to your jaw because we haven’t seen this volume of work or level of complexity from KO alone in one place, ever. (Really.) 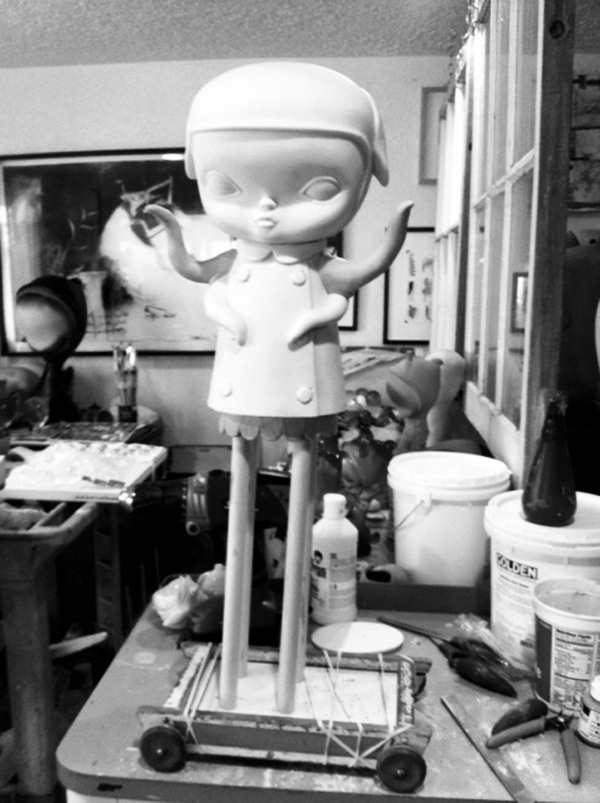 Haunted opens Oct. 20th at AFA NYC with a reception from 7pm to 9pm. Kathie will be in attendance, so stop in for some inspiration and a cocktail. 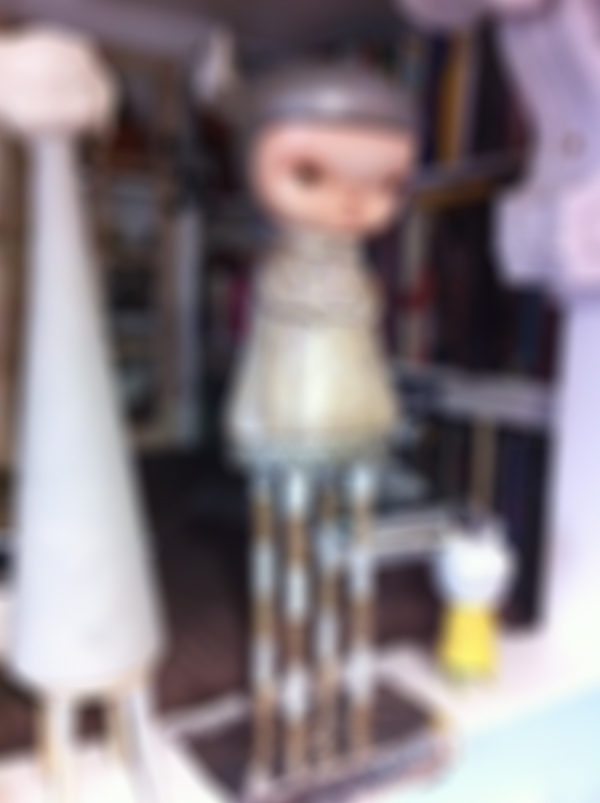 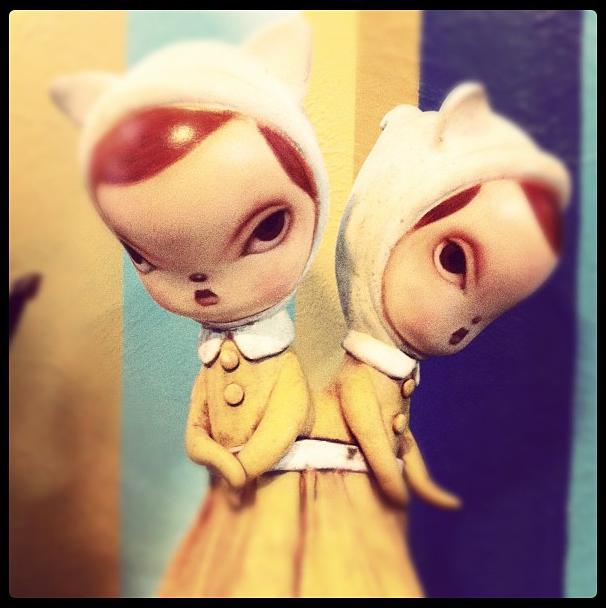 The eye candy continues to trickle out from CP HQ, where Kathie is busy juggling preps for Paris this September with what’s shaping up to be a cracking solo exhibition the following month at AFA NYC. This round of ladies is for the latter: a striking (albeit slightly unsettling) original sculpt of Siamese twins, followed by a gorgeous Lizzie custom (these always kill me) and seriously freakish lady off to the left (watch your back). The bronze 4-legged is for Paris. 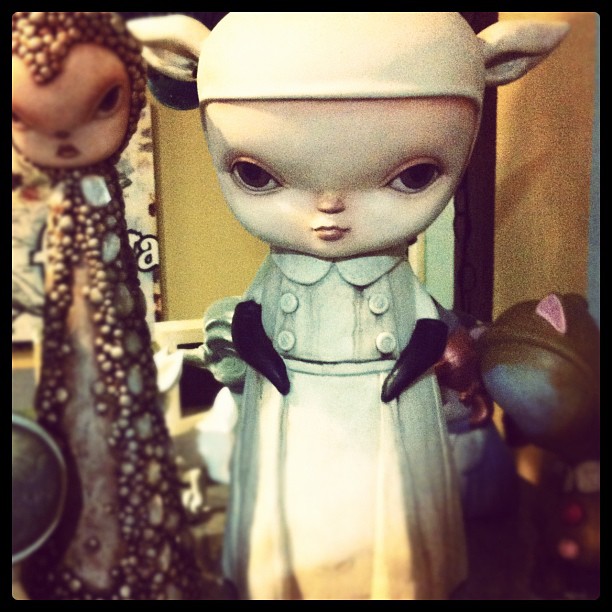