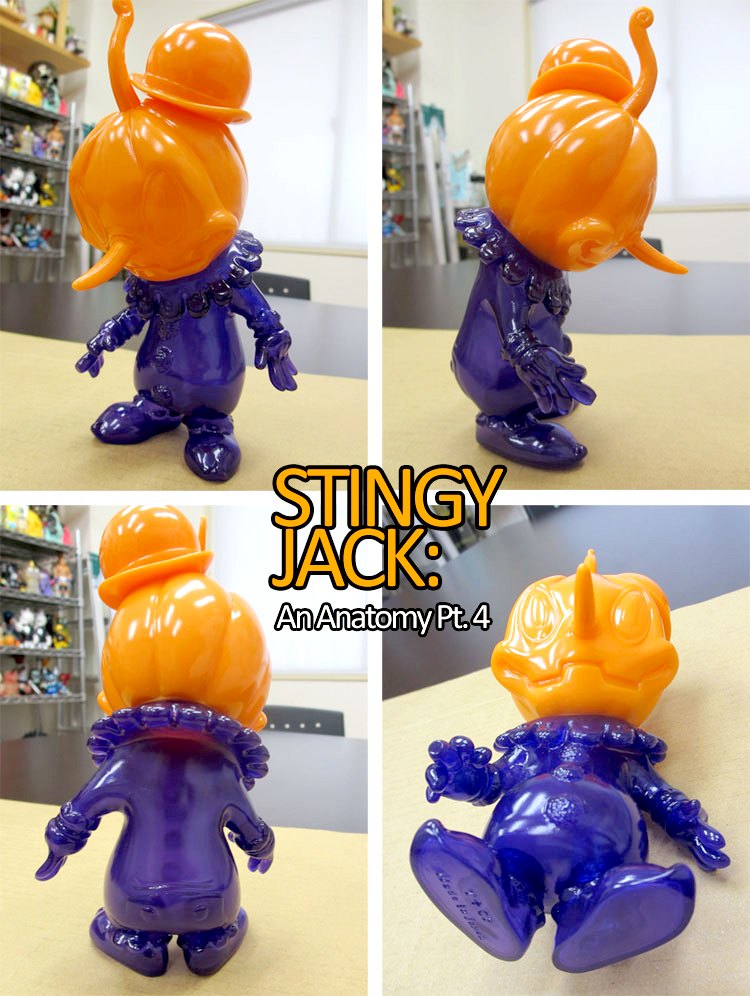 Previously on Stingy Jack, An Anatomy III: The flashing is cut, the tests are assembled and the Pantones are picked. Now: troubleshooting, colour-castin’ and package graphics!

After the test-pulls were sent to New Mexico and green-lit by Brandt, Stingy Jack took another spin through Obitsu, this time for colour-casting. What you see above is not paint application — but actual coloured vinyl which is then painted. Scroll a bit and you’ll see what I mean: 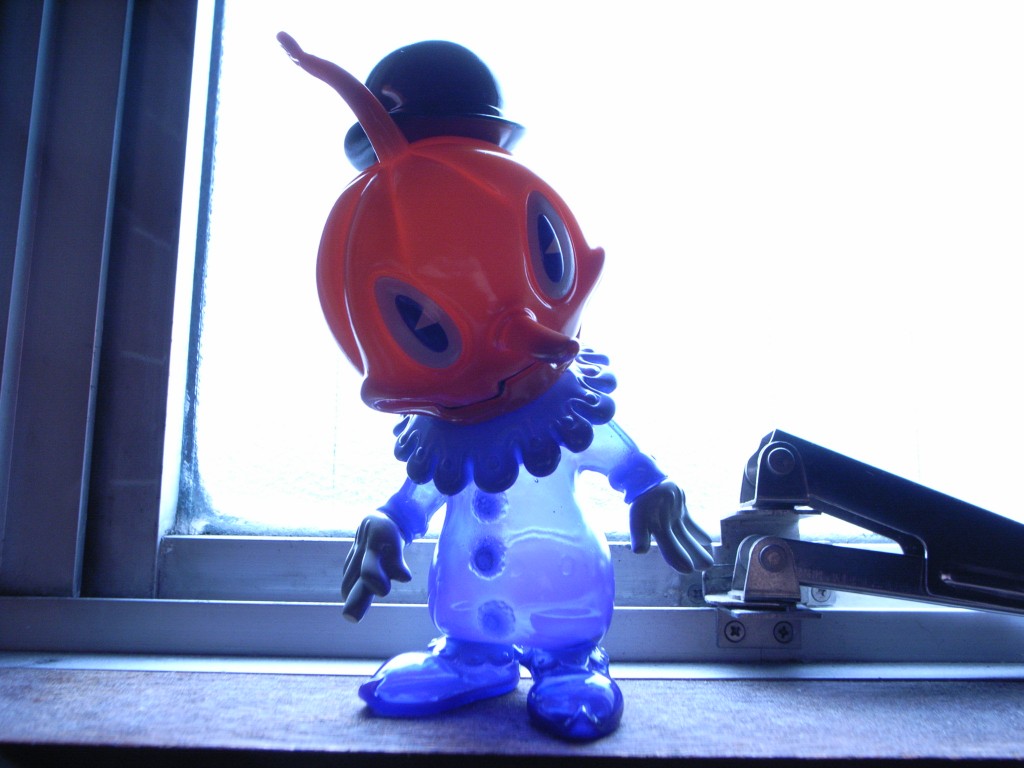 This is one of the first paint tests. Two paint masks were developed for the eyes and collar, along with applications to Stingy’s hat and hands. After this first pass it was determined that another mask would be added to Stingy’s right hand as the cigar looks like a finger. The pom-poms on his belly would also be painted for added emphasis. 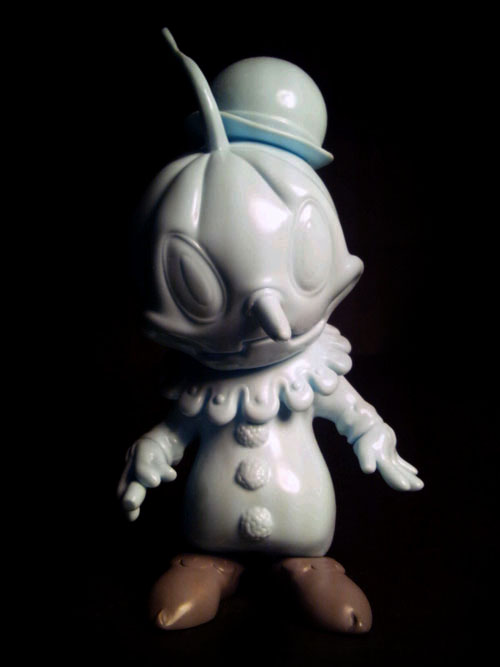 As mentioned in Pt. III, Stingy’s feet also required attention. By the time the paint test reached New Mexico, the intense heat had warped the vinyl, causing Stingy to face-plant. His stance and feet were then repositioned and resculpted for better stability. 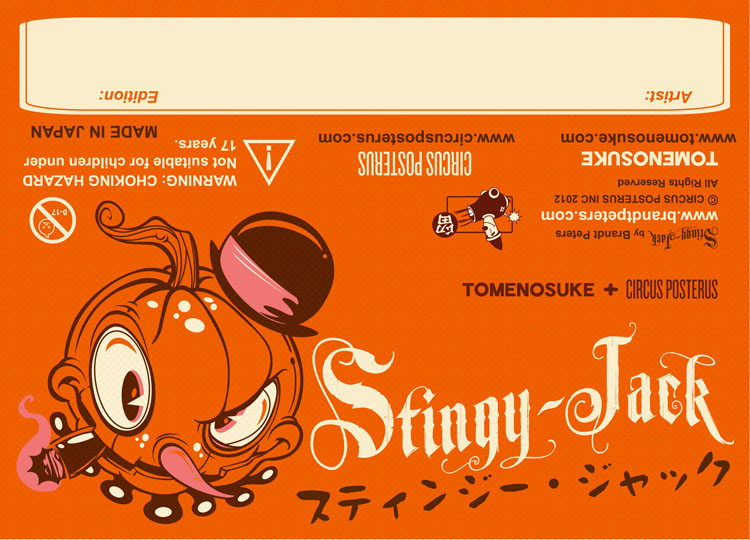 T+CP sofubi will follow the tradition of Japanese vinyl with all figures packaged with a poly-bag and a signed/numbered header card. Above is Brandt’s Stingy Jack design, and below, a packaged test pull. 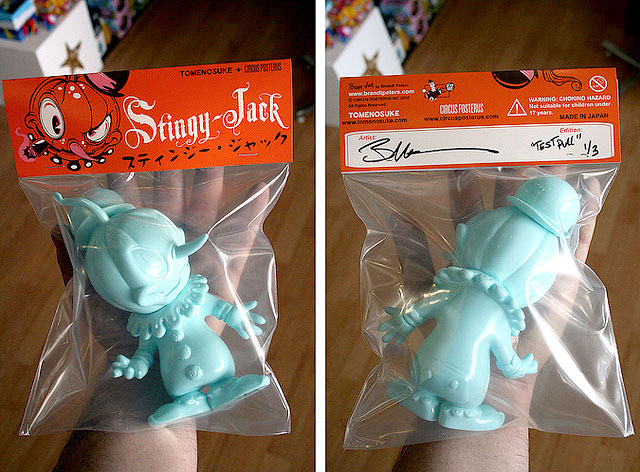