Sept. 7 at Stranger Factory: Shing Yin Khor’s new book, The American Dream? A Journey on Route 66 signing as well as An Afternoon Of Creative Conversations. 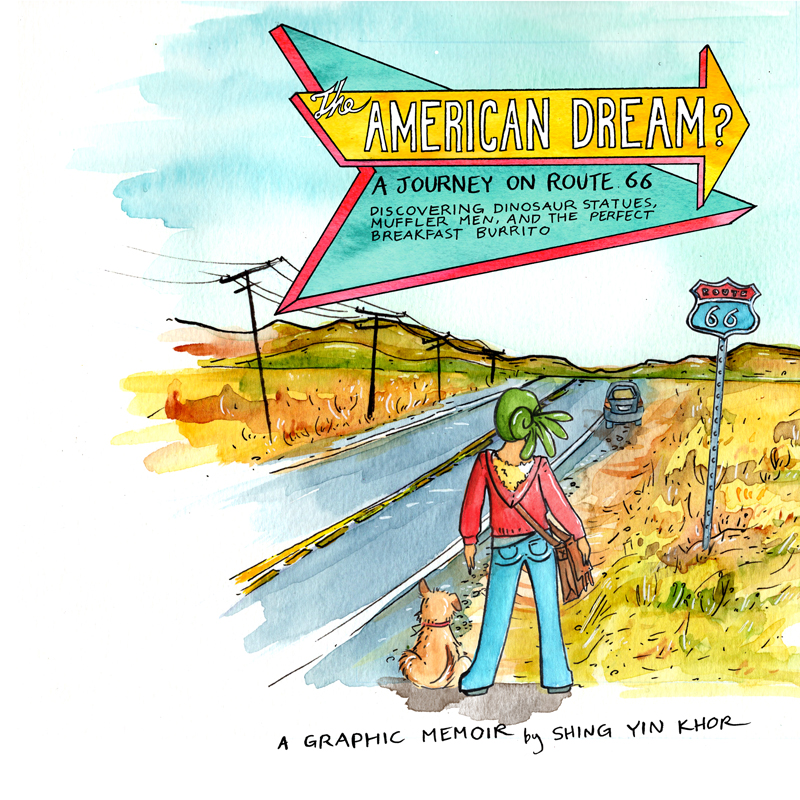 Join us for the release and signing of Shing Yin Khor’s new book, The American Dream? A Journey on Route 66 as well as
An Afternoon Of Creative Conversations
Saturday, September 7th 1-4PM
Conversations and snacks curated by Shing Yin Khor

“If you ever plan to motor west
Travel my way, take the highway that is best
Get your kicks on Route 66.”—Bobby Troup

Route 66 covers a total of almost 2,500 miles, famously winding from Chicago to LA. Established in 1926, it’s been called the Main Street of America, was dedicated to Will Rogers and is an essential part of Americana. Even those who’ve never traveled its roads know it from pop music, the 1960’s TV show Route 66, the Cars franchise, and John Steinbeck’s novel The Grapes of Wrath.

As a child growing up in Malaysia, Shing Yin Khor had two very different ideas of what “America” meant. The first looked a lot like Hollywood, full of beautiful people, sunlight, and freeways. The second looked much more like The Grapes of Wrath—a nightmare landscape filled with impoverished people, broken-down cars, barren landscapes, and broken dreams. Those contrasting ideas have stuck with Khor ever since and help explain their fascination with Route 66. In the spring of 2016, 10 years after moving to LA and 4 years after becoming an American citizen, Khor embarked on a road trip along Highway 66 in a 2010 Honda Fit, accompanied only by their trusty road-trip adventure dog Bug.

On sale from Zest Books on August 6, 2019, Khor’s graphic memoir The American Dream?: A Journey on Route 66 Discovering Dinosaur Statues, Muffler Men, and the Perfect Breakfast Burrito allows readers to ride shotgun for a deeply personal and playful pilgrimage of roadside attractions, abandoned towns, diners, and motels. Like the very best road trips, the book relishes in unusual sites and roadside kitsch, with detours providing arcane trivia and profound observations alike. We visit Oatman, AZ, a former gold-mining town where several Hollywood films were shot. We stop at Two Guns, AZ, the abandoned site of the former tourist trap known as The Apache Death Cave. We take in plenty of iconic landmarks, from Holbrook, AZ’s dinosaur statues to Oklahoma’s Blue Whale of Catoosa.

Khor takes that ‘feeling of desperately searching for something better, for a new start,’ and adapts it to their own ‘pilgrimage’ as immigrant and artist traveling historic Route 66…in whimsical full-color detail.—Booklist (Starred Review)

Offers important perspectives on being an immigrant and American identity.—Kirkus Reviews

Shing Yin Khor’s trip preceded the 2016 Presidential Election by a few months. And as Khor writes, “This comic feels like a record of a time when a brown girl could drive America fearlessly.” It is both the document of one cartoonist’s trip on the open road and a portrait of a constantly evolving America. Khor’s journey echoes the Joad family’s desperate pursuit of a better life out West, and the book takes stock of both the myth and the reality of the American Dream. We invite you to join us on the ride.

Shing Yin Khor is a cartoonist and installation artist. Their work has been published in The Toast, The Nib, Upworthy, Huffington Post, and Bitch Magazine. They make the road trip adventure comic Tiny Adventure Journal, and the tender queer science fiction comic Center for Otherworld Science. They are also the author of The American Dream? A Journey on Route 66 Discovering Dinosaur Statues, Muffler Men, and the Perfect Breakfast Burrito published by Zest Books. They live in Los Angeles. 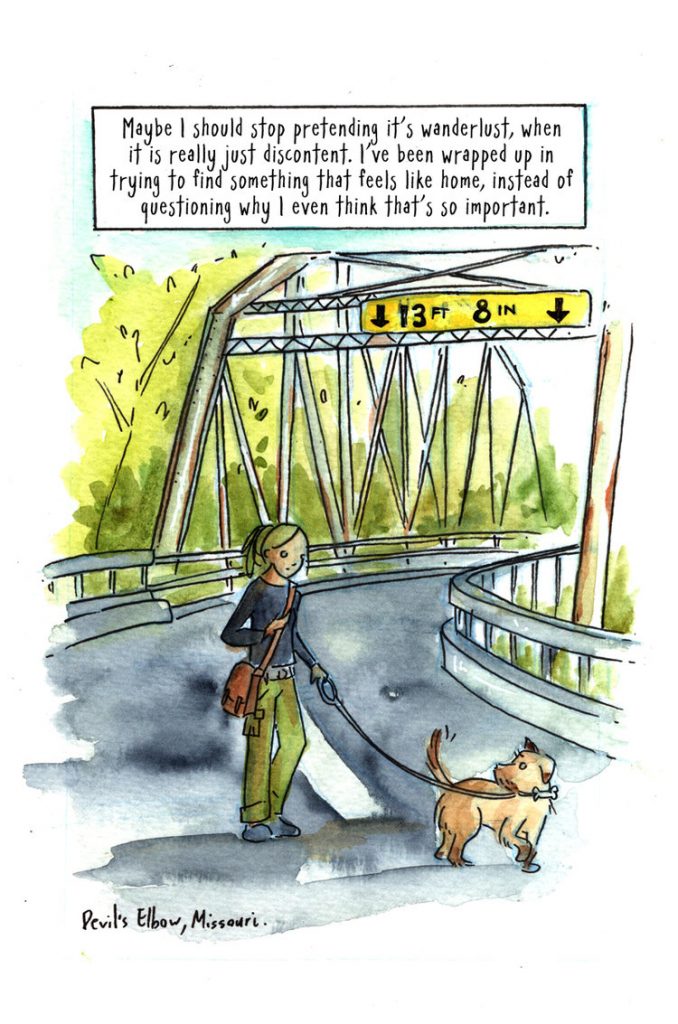 Melanie Gillman is a cartoonist and colored pencil artist who draws positive queer and trans comics for young readers. They are the creator of the webcomic and graphic novel As the Crow Flies, published in 2017 by Iron Circus Comics. As the Crow Flies has been named a 2018 Stonewall Honor Book, won the 2018 Excellence in Graphic Literature Award for Best Middle Grade Graphic Novel, and been nominated for an Ignatz, Eisner, and Dwayne McDuffie Award. In addition to their comics work, they are also an adjunct professor in the Comics MFA Program at the California College of the Arts, where they teach classes about making comics and professional practices. 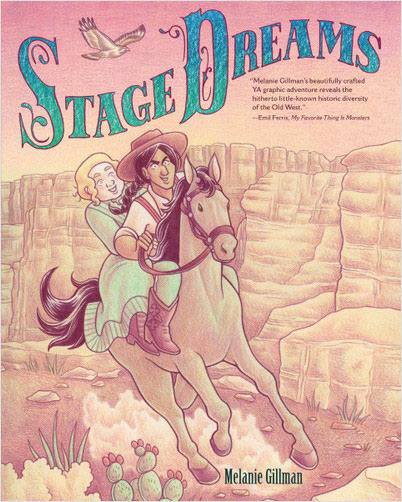 In their rollicking queer western adventure, Stage Dreams, acclaimed cartoonist Melanie Gillman (Stonewall Award Honor Book As the Crow Flies) puts readers in the saddle alongside Flor and Grace, a Latinx outlaw and a trans runaway, as they team up to thwart a Confederate plot in the New Mexico Territory. When Flor—also known as the notorious Ghost Hawk—robs the stagecoach that Grace has used to escape her Georgia home, the first thing on her mind is ransom. But when the two get to talking about Flor’s plan to crash a Confederate gala and steal some crucial documents, Grace convinces Flor to let her join the heist.