Kathie’s Travelling Calliope: A Quick Jaunt in the City of Love 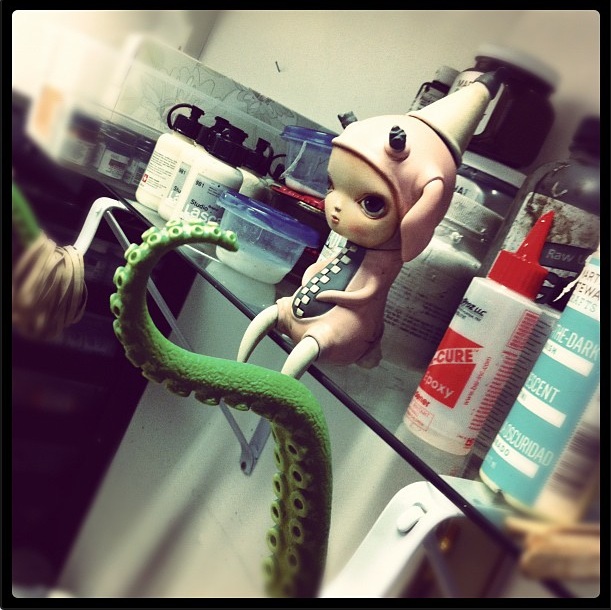 Hanging with her pal Mr. Tentaclees at CP HQ in Albuquerque, NM.

When KO first posted this a few weeks ago on Instagram (@circusposterus), citing the Calliope handpaint was “just for fun”, I wondered if we’d ever see the little lady again. Well, it appears Kathie has found herself a new travel buddy: similar to the travelling toy photos so many of us have seen (Podgypanda’s Baman and S Fisher Williams’ Milque Toast are personal faves), Calliope’s passport is already impressive with CP’s recent tour in Paris as part of Le Carnaval des Spectres. 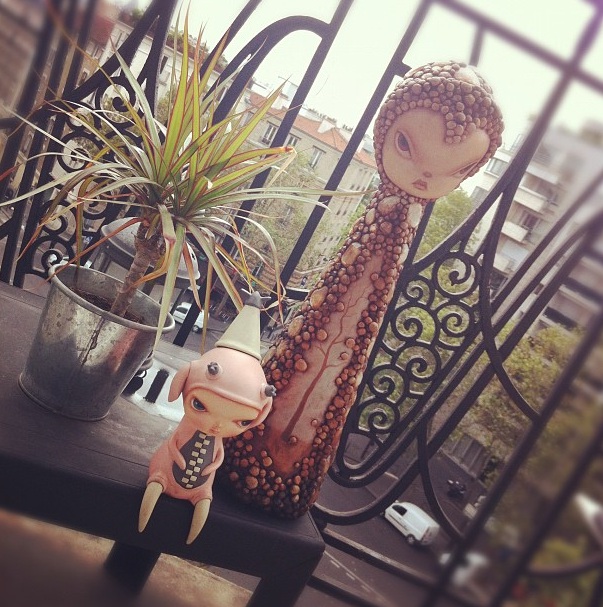 Shaking off the jet lag with Ms. Elemental at their villa in Paris.

With Baby Tattooville, Haunted and DesignerCon just around the corner, the rest of 2012 will be hoppin’ for the Circus. Let’s see if our little pink jet-setter makes any cameos! 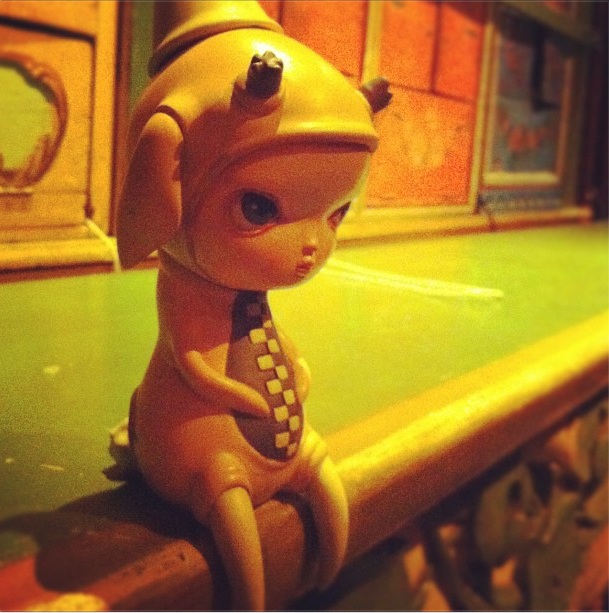 Taking in the sights at the Musée des Arts Forains (Museum of Fairground Art).