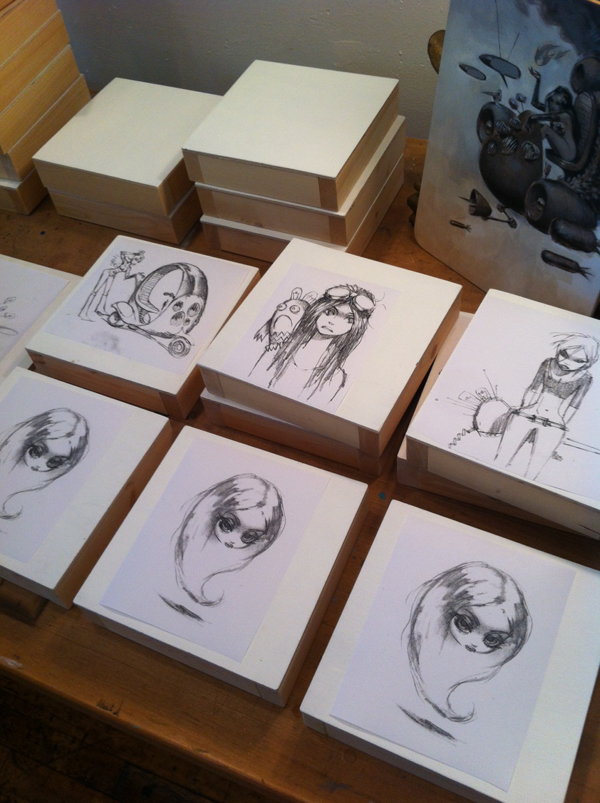 With our continued coverage of the July show at Stranger Factory, we now have an image of Glenn Barr‘s work table!

The above image reads like a storyboard. Of course, every one of the images has one of Barr’s beautiful female figures. It looks like we’ll be seeing some of his classic sci-fi elements, at least in the top three sketches, and we’re pretty excited about it! We will see how the finished products turn out shortly, but for now, these should whet your appetite.