By the looks of her recent submissions to Bewitching III, I think Shing Yin Khor has been watching a proper amount of little sloths in onesies on youtube! 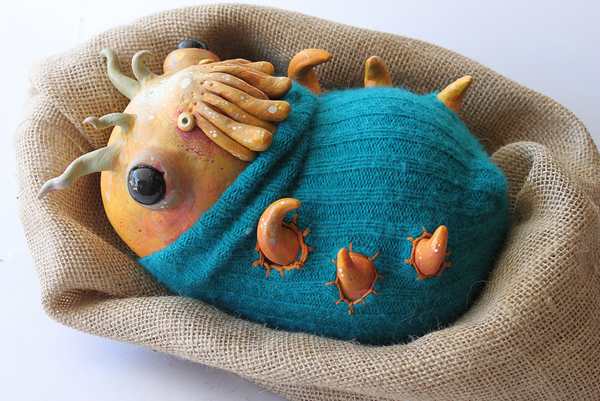 This Snug Bug looks like a tiny Cthulhu swaddled in a wee sweater. Six arms and four antennae don’t hold a candle to that pudgy belly! Made of resin, epoxy resin, wool, acrylic, and wood, Shing has made her own version of the classic Weird Tales story line. 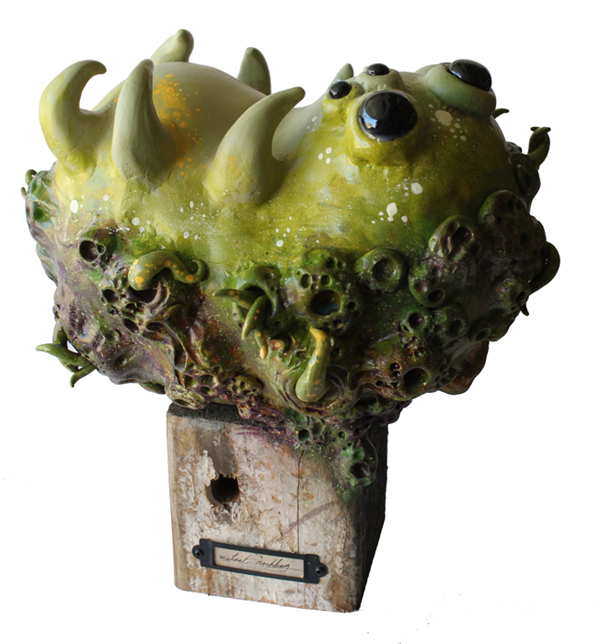 Shing also dives into the X world with her Mutant Rock Bug. This poor duder has many bad things going for him. I don’t think this guy is hanging out with the morlocks, but is more about doing belly flops into a pool of toxic waste. Tentacles growing out odd parts of rock, weird crusty things appearing all over, and more eyes than Blinky the Simpsons fish are what make him so darn cute! Leave it to Shing to bring cute into mutant bugs! Gotta love it.

You can adopt these bugs when Bewitching III opens at Stranger Factory October 11.