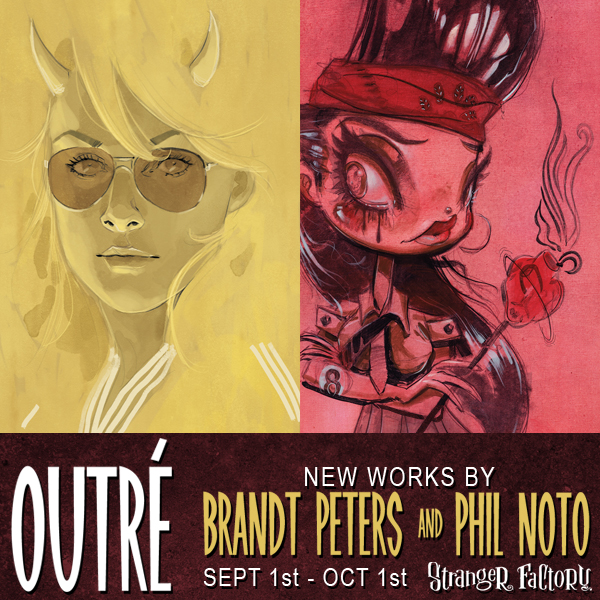 Contemporary narrative artists, Phil Noto and Brandt Peters are joining forces to create a 2 person exhibition focused on empowered portraits of the strange, the unusual, and the eccentric.

Phil Noto is an Eisner nominated American painter, comic book/ concept artist who is known for his work on such titles as Black Widow, Jonah Hex, Uncanny X-Force, and most recently Star Wars (Chewbacca and Shattered Empire). After a 10 year career at Disney Feature Animation, he started to work full-time as an artist for Marvel, DC, Image Comics and Dark Horse, and as well, time in gaming working on such blockbuster hits such as Bioshock. While most of his commercial work is done digitally, Noto works in traditional acrylic painting for his fine art works that focus on contemporary character portraits of iconic empowered women that teeter into superheroes and villainous archetypes.

Brandt Peters emerged from the entertainment industry into an internationally recognized and accomplished fine artist, designer, and producer. Often known for his award winning toy designs, Peters is also a mixed media painter and story-teller who centers his work on character design and visual development. His work hearkens back to the earliest days of comics and animation, with a seeming simplicity that hides layers of intricate back story rooted in humor and a strong, empowering narrative voice. 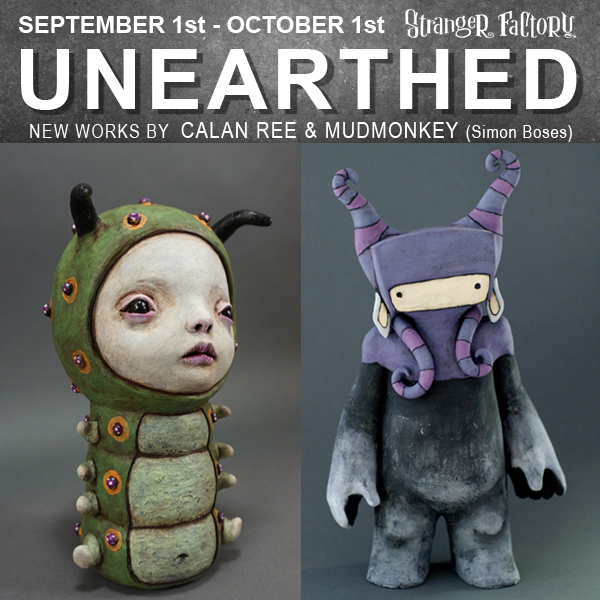 Simon Boses creates an ongoing mythology through ceramic narrative figures. His myth is influenced by the events of his life, often drawing upon threads of common human experience. Simon’s creations have a surface meaning that is easy to recognize. Further investigation reveals the use of a library of symbols developed over a lifetime to layer ideas into the physical form. Allowing a deeper, subtler symbolism in the piece.

Calan Ree creates contemporary ceramic and mixed media figurative sculpture. Clay is her first true love, so even when working in bone or metal, there is more often than not, ceramic binding the elements together. She finds the natural world just as intriguing as the folk lore that tries to explain it. Her work is figurative in nature and often expresses the hidden spirit that resides within the subject.