November at Stranger Factory: “Siren: 1990” by Phil Noto and Brandt Peters/ “Carry Me” from Sad Salesman

SIREN: 1999 – A two-person show with Phil Noto and Brandt Peters / CARRY ME – A feature show of new works by Sad Salesman will run from
November 1st – December 1st, 2019

Opening Reception with the artists: Friday, November 1st from 6-8 PM 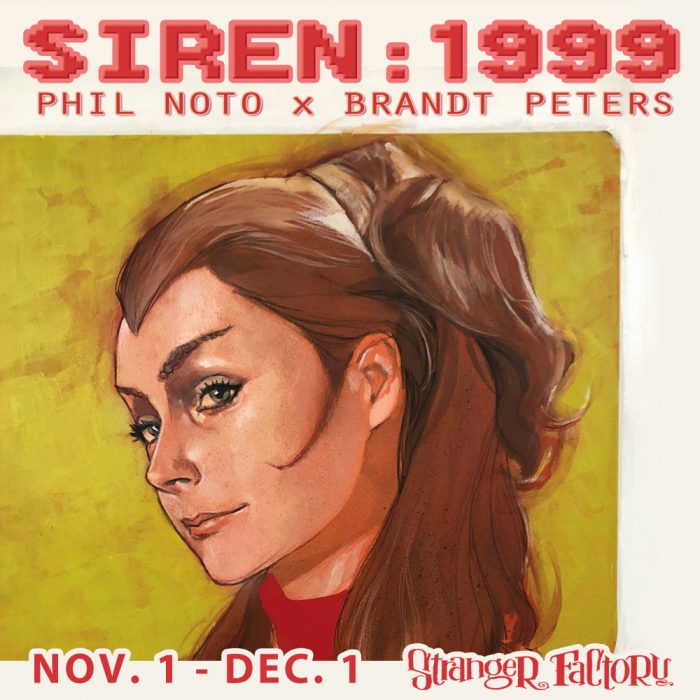 Siren: 1999 is an exhibition of new works by contemporary narrative artists, Brandt Peters and Phil Noto. Both artists explore strong female characters inspired by science fiction, music, mysteries, and rebellion set through an alternate universe in 1999.

Brandt Peters emerged from the entertainment industry into an internationally recognized and accomplished fine artist, designer, and producer. Often known for his award winning toy designs, Peters is also a mixed media painter and story-teller who centers his work on character design and visual development. His work hearkens back to the earliest days of comics and animation, with a seeming simplicity that hides layers of intricate back story rooted in humor and a strong, empowering narrative voice. He is one of original founders of Circus Posterus and Stranger Factory gallery and works as an Art Director for Meow Wolf in Santa Fe. 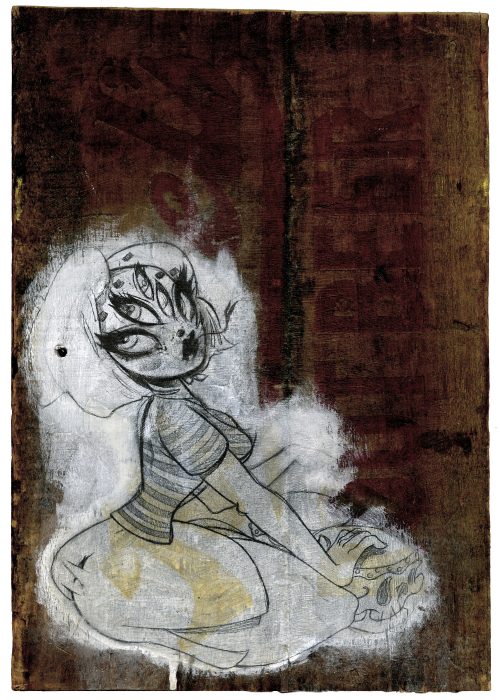 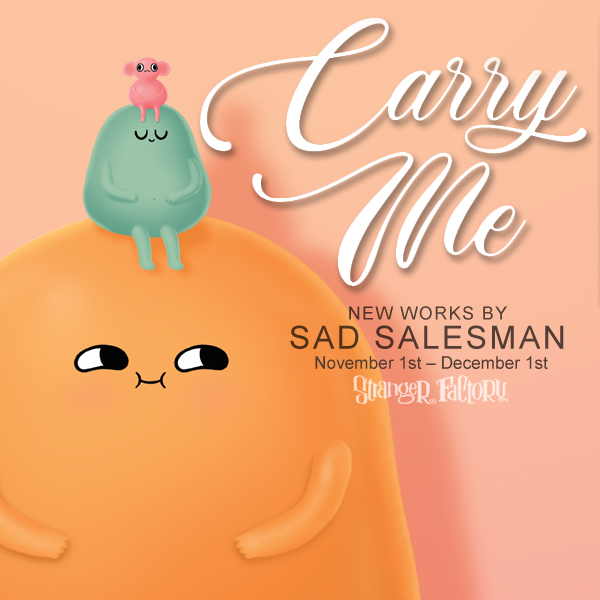 Carry Me is a show about love. As a parent of two (and soon to be three), Eric Althin, AKA Sad Salesman, has heard the phrase “Carry me!” more than his aging back would like. He has come to understand that it is not just about the literal act of carrying someone, it’s about what we do for those we love and the support we get in return. Everyone needs to be carried at some point in their life and this show helps us celebrate the act.

Sad Salesman, is a Brooklyn based artist and character designer. Eric has been customizing vinyl toys since 2004, and launched his own toy brand ‘Sad Salesman’ in 2017. Prior, he was the co-founder and curator at Bold Hype Gallery. He has also created numerous characters for mobile games and showcases his original sculptures in various exhibitions across the US. In 2018 Eric won the Designer Toy Award for breakthrough artist of the year.

***ALL STRANGER FACTORY EXHIBITIONS ARE FREE AND OPEN TO THE PUBLIC