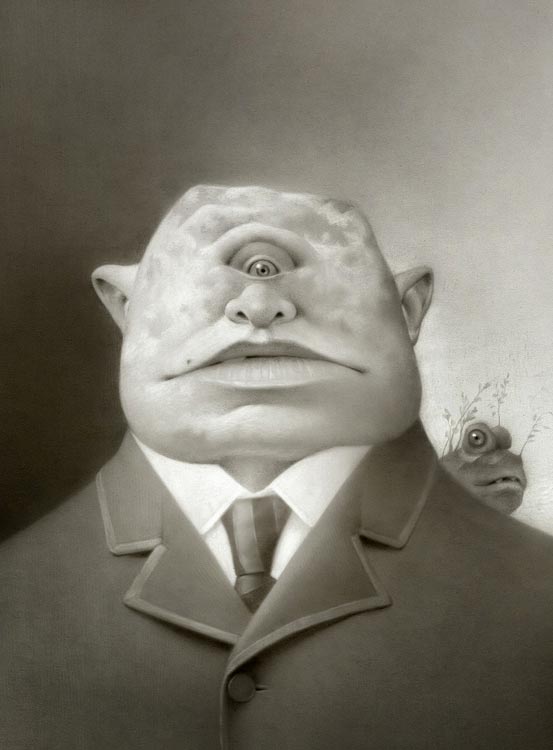 Travis Louie’s new solo show, ‘The Secret Pet Society’, opens this Wednesday at William Baczek Fine Arts and we’ve managed to get our hot little hands on a few sneak peeks in anticipation of the event. Tendrils and tentacles, sods and swamp things … they’re all here and compliments of the  fantastically fashionable and hyper-realistic realm that is Travis Louie’s imaginarium. Enjoy!

The Secret Pet Society opens May 2nd through June 2nd. A reception with the artist will be held May 5th from 5pm to 7pm. A print release of ‘Julia and her Swamp Friend’ (below), will coincide with the event. 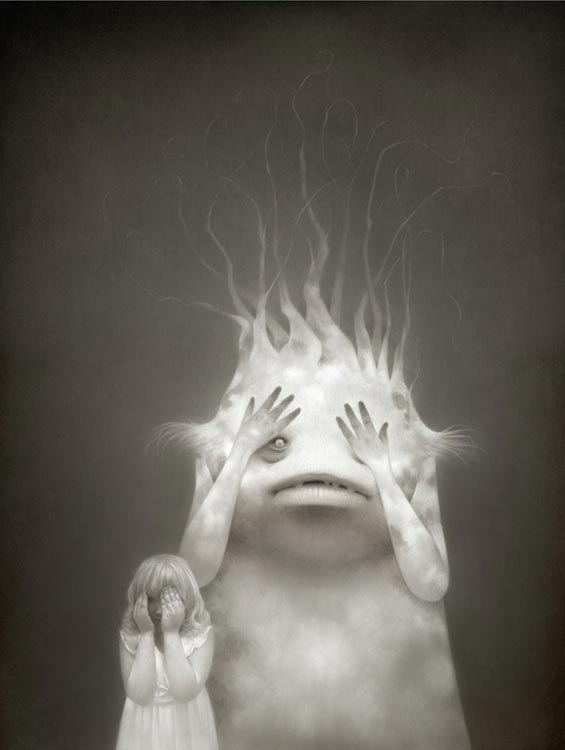 Julia discovered him while she was collecting red-spotted salamanders in the swamp behind her parent’s farm house. She mistook the crown of branch-shaped tendrils on its head as a thicket of dead birch trees. The creature turned out to be quite harmless.  She named him Phil and took him home as a pet. Feeding Phil became a problem as he continued to grow. When she first brought him home, he was quite large at 8 feet in length. As the years passed, he grew to an unmanageable size of 35 feet and consumed about 100 lbs of trout and salmon each day. Just to take care of him, she started her own fish hatchery. He eventually outlived Julia and she included him in her last will and testament. Her grandchildren inherited both the fish hatchery and Phil. 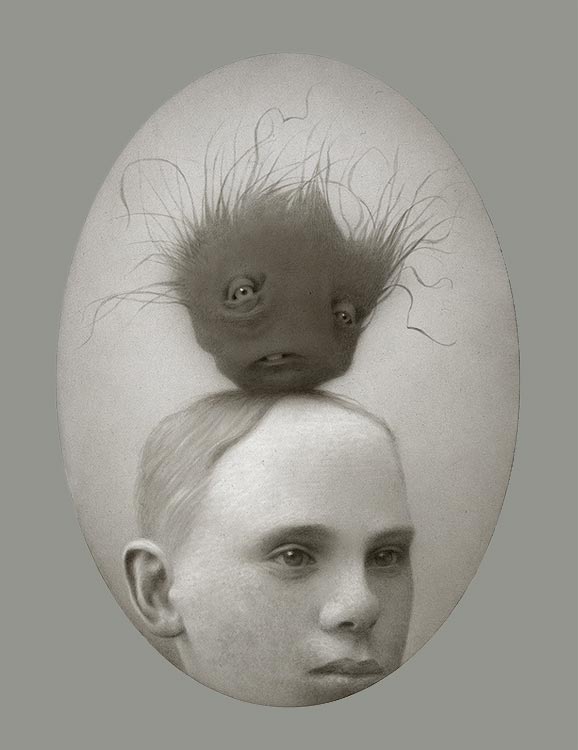 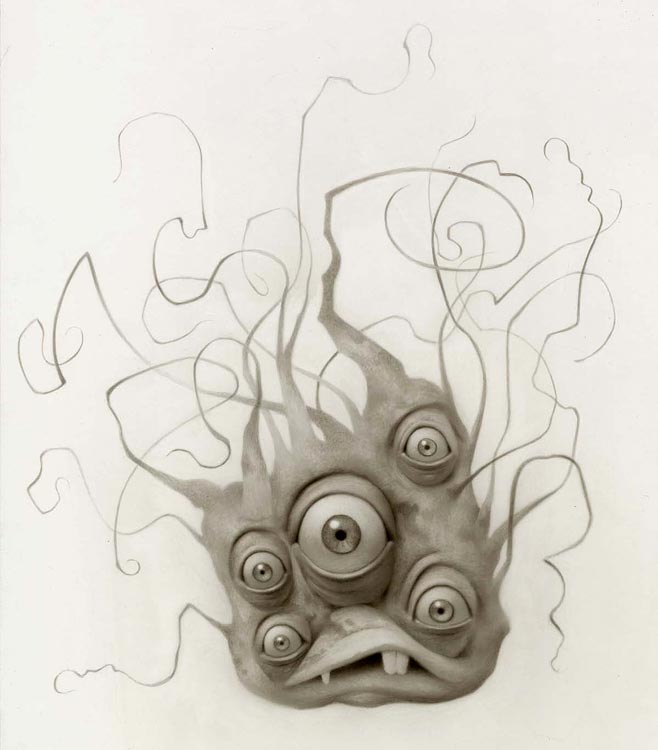 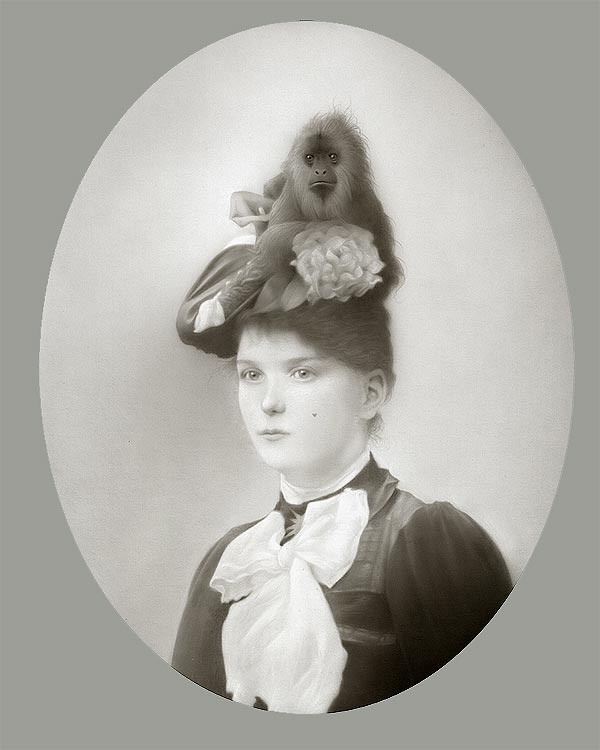 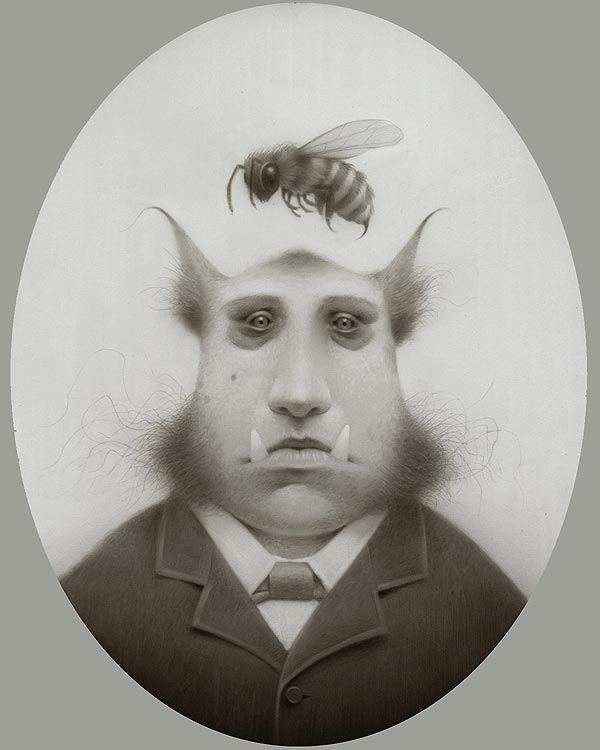