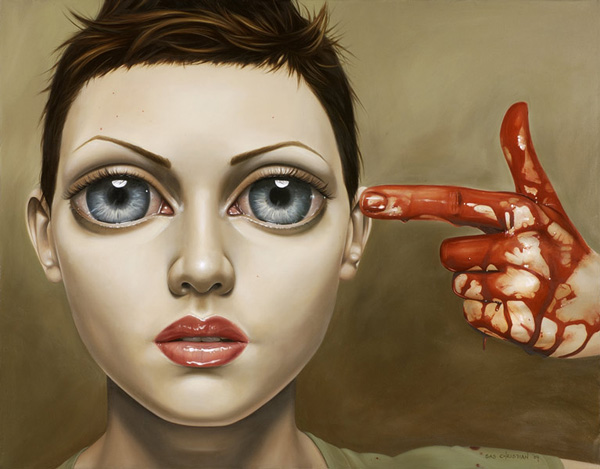 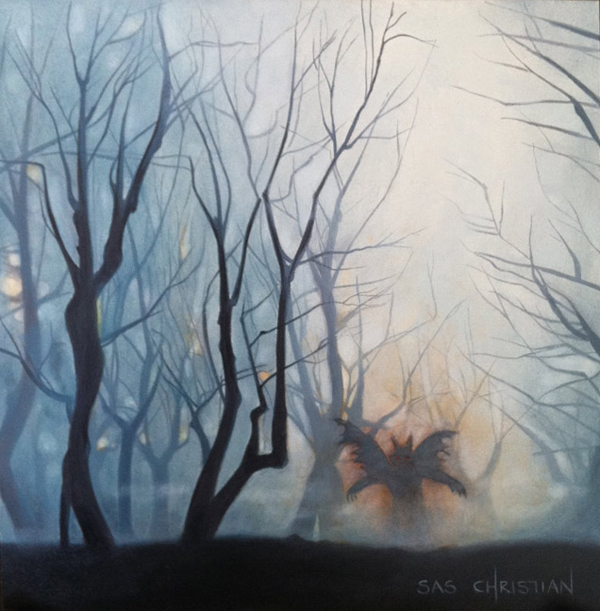 What a lovely 8″ x 8″ oil on board painting by Sas Christian.  Titled “Casting the Runes“, this piece is both mesmerizing and subtle. It is currently residing in Stranger Factory, but is available here for anyone needing a spectacular and affordable original for their walls.