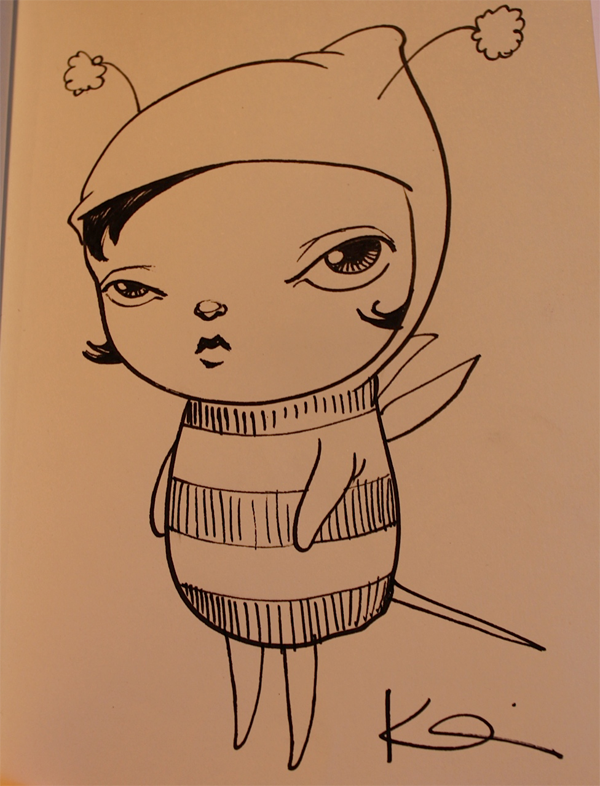 It goes without saying, that we all love our sketchbooks, but the collected sketches of Sarah Jo Marks are breathtaking. One early morning before Designer Con, I was getting a tour of DKE by Sarah Jo and haphazardly started telling her about some collection showcases we were doing here at CP, and this is when I learned of her extensive collection of bee sketches she has acquired ranging from Mark Ryden, Kathie Olivas and Ferg to Coarse Toys, Audrey Kawasaki, and Craola.

Sarah Jo, being the second half of DKE and a day one attendee of Baby Tattooville, gets ample exposure to great artists and with a simple nudging – glorious sketches! After a few months of compiling the index and working on her second volume. we finally get to see some of the honey she has been collecting for years. We also get to comb her brain with some thoughts on why she chose bees as a topic, so sit back and drool over this remarkable sketchbook and see what Sarah Jo loves about her bees. 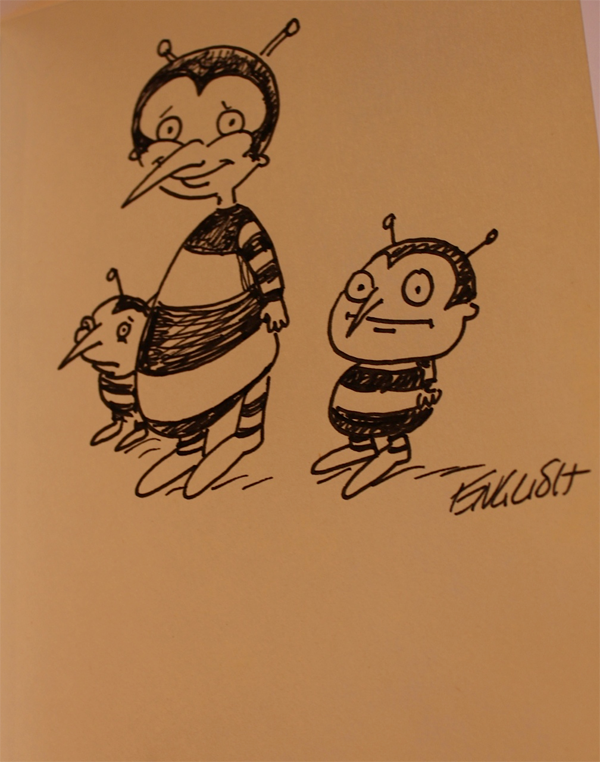 CP: I have to ask the most obvious question, why bees?

SJM: When I started collecting bee sketches in 2009, I had a lot of reasons. First off, I just love bees. They are magical. They pollinate plants to help grow our food! And let’s face it, bees have not been well. What if bees stopped doing their magical chores and humans had to pollinate things in labs to create food? Ew! So, I figured that bees just need our support. And sketches of bees (for the most part) look at them in a such a beautiful light. Sure, a bee could sting you….but…hopefully that won’t happen. Plus, my Dad was sick and he was a master gardener. And lastly, I was sort of hunting for an image to use for a bee tattoo. I’ve put off the tattoo for a while though. And I am just going to stick to sketches….for now. 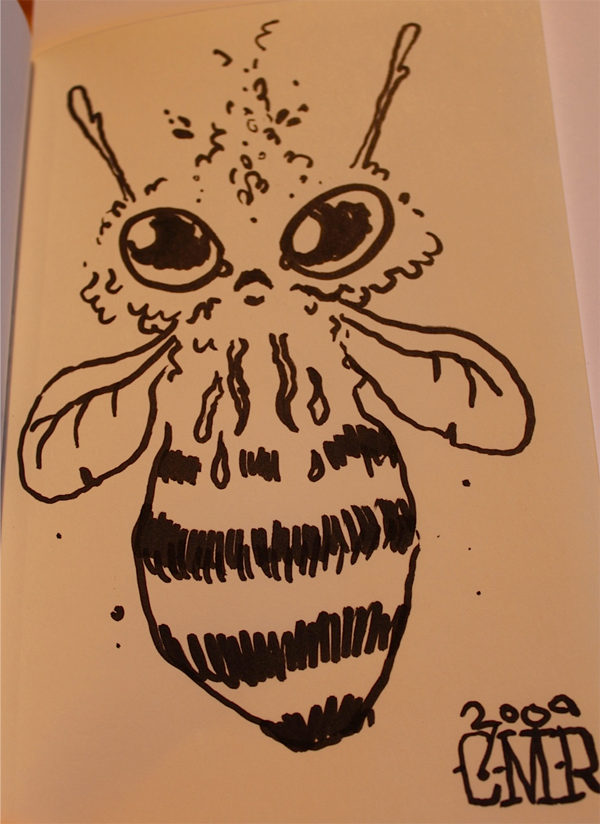 CP: Will you continue on with bees into new volumes or have a new concept soon?

SJM: I plan to stick with the bees. I have one full book and am filling up a second one. I don’t get any other sketches. If you’ve already drawn a bee in my book I won’t bother you again.

Click MORE for more of the interview and many many more sketches from Sarah Jo Marks. 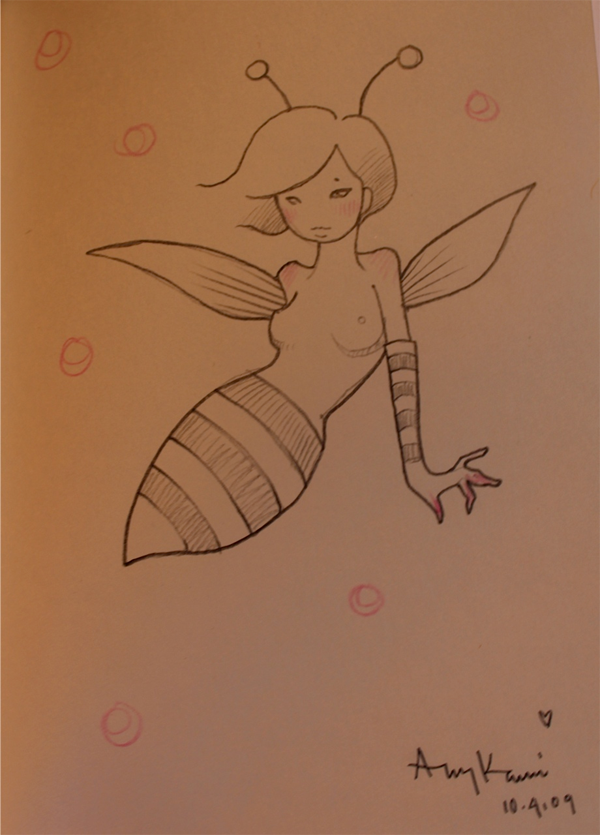 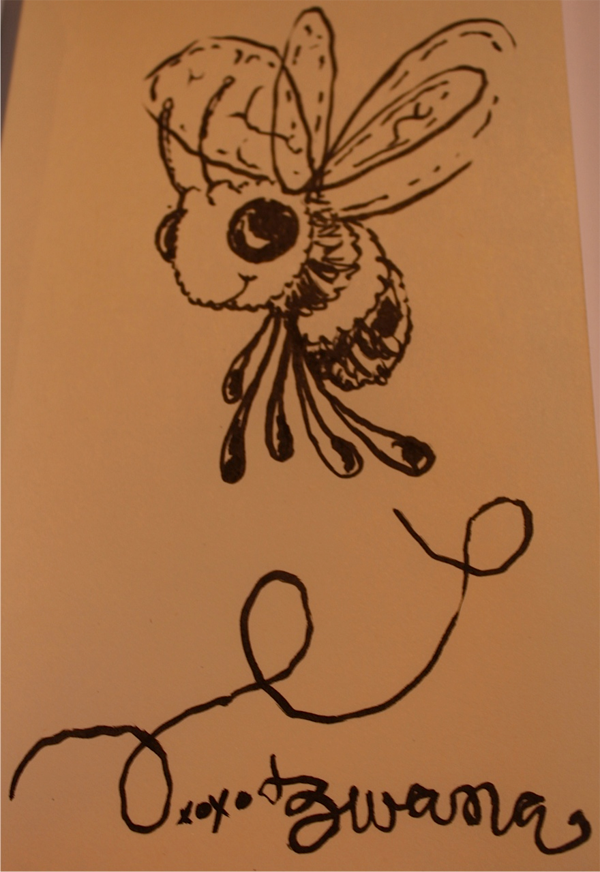 CP: What do you think are some of your favorite sketches so far?

SJM:  Some of my faves include:

Scott Tolleson’s bee because he drew his daughter Lyla’s face on the insect.

When I asked Audrey Kawasaki to draw a bee for me she took the book and walked away for a minute, when she came back she thanked me and said she really enjoyed drawing that.

I couldn’t believe that Mark Ryden was so receptive. He was with his daughter. And he drew and looked at her and drew. He was smiling.

Each sketch is its own experience. I had never even thought about having my own sketch book before this. It’s hard to believe that SDCC this year I’ll be seeking bee sketches for the 5th year! 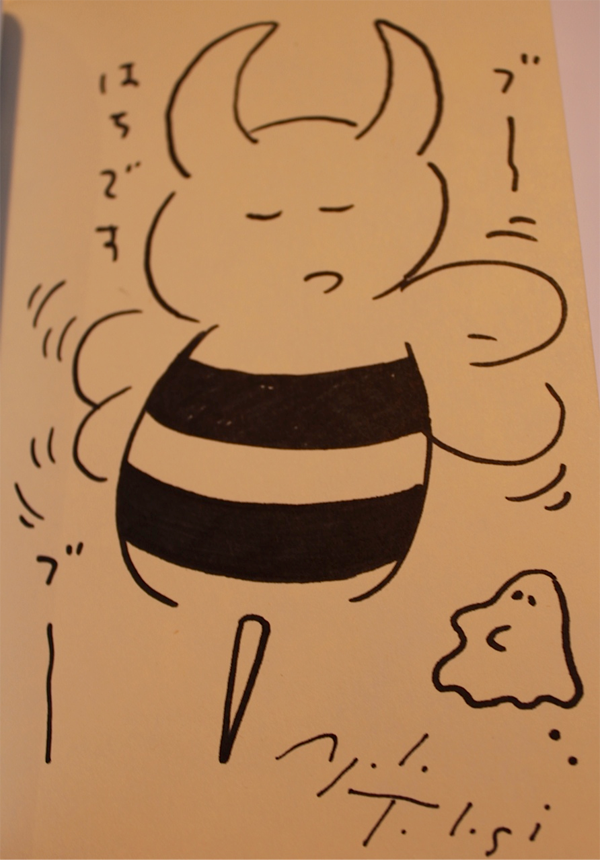 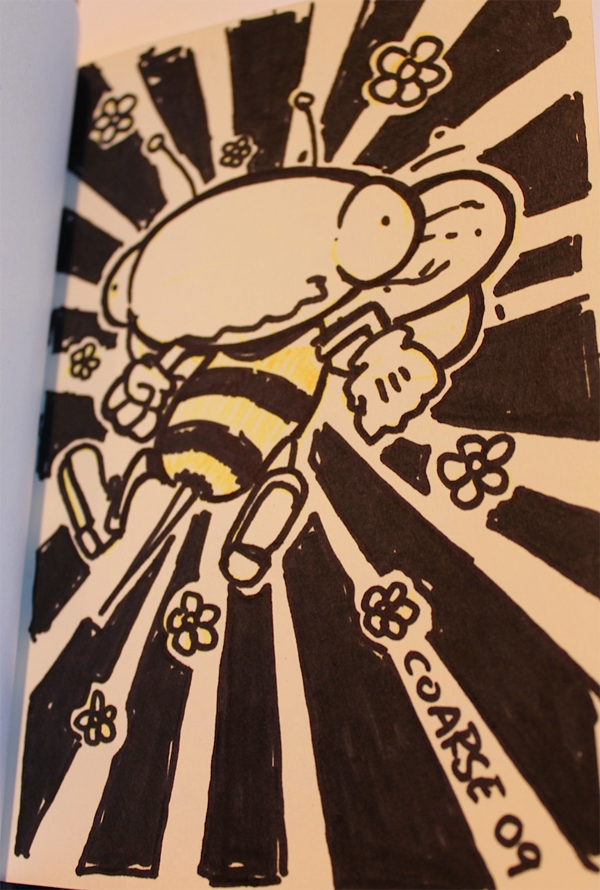 CP: Since the word “grail” gets tossed around in our subculture a lot, what are some of your grail artists you have yet to obtain in your sketchbook?

SJM: There are many I would like to get and know I will….eventually. Sometimes timing is bad. Sometimes, I don’t have my books with me or I don’t want to be a pest. There are certainly bees that are unfortunately unattainable like Mary Blair and Vera. But it would be nice to have Tim Burton in the book. 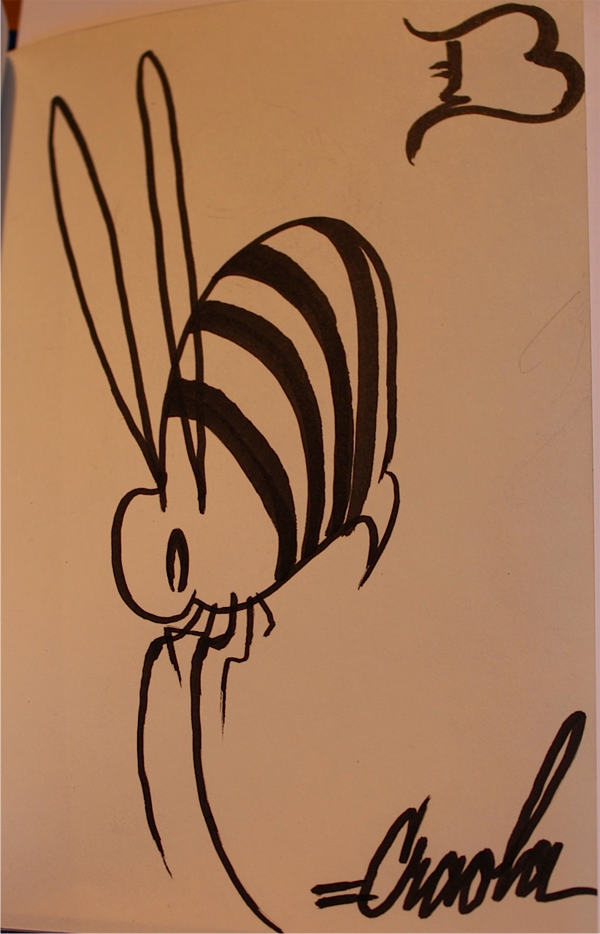 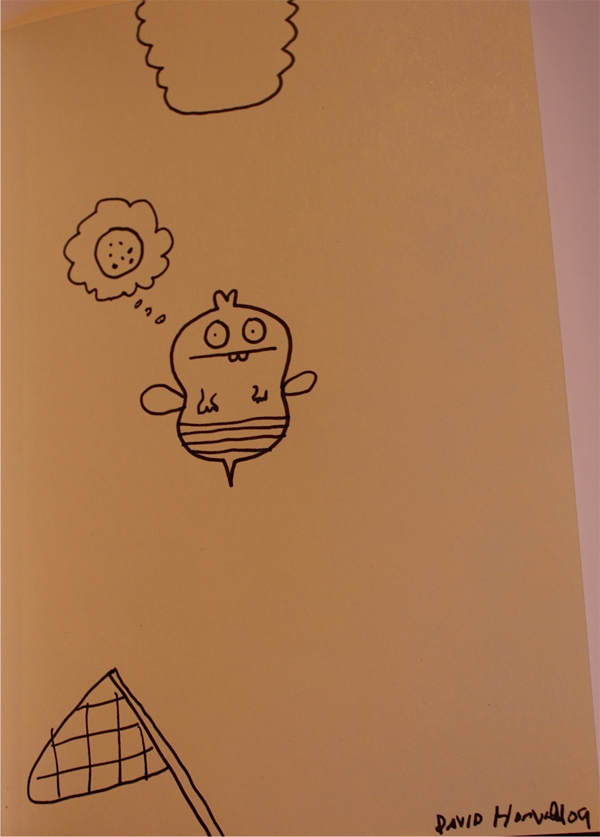 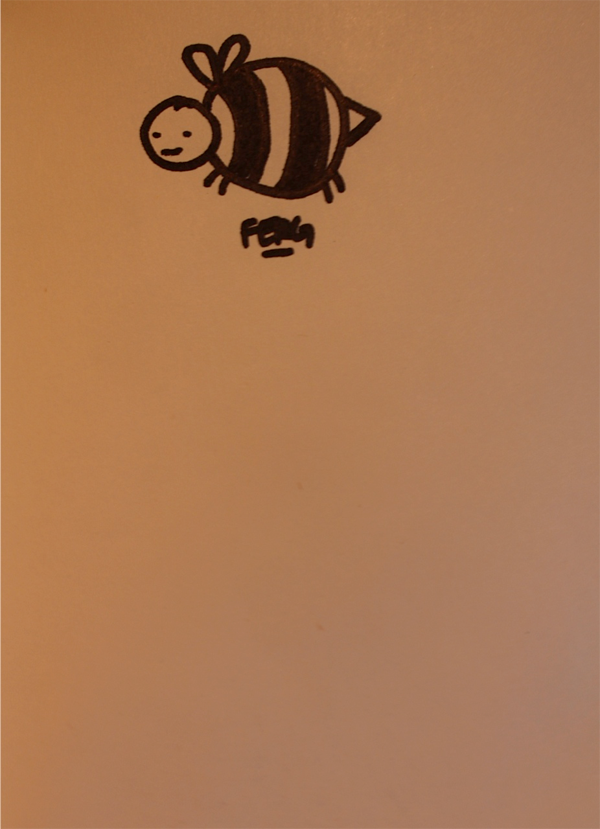 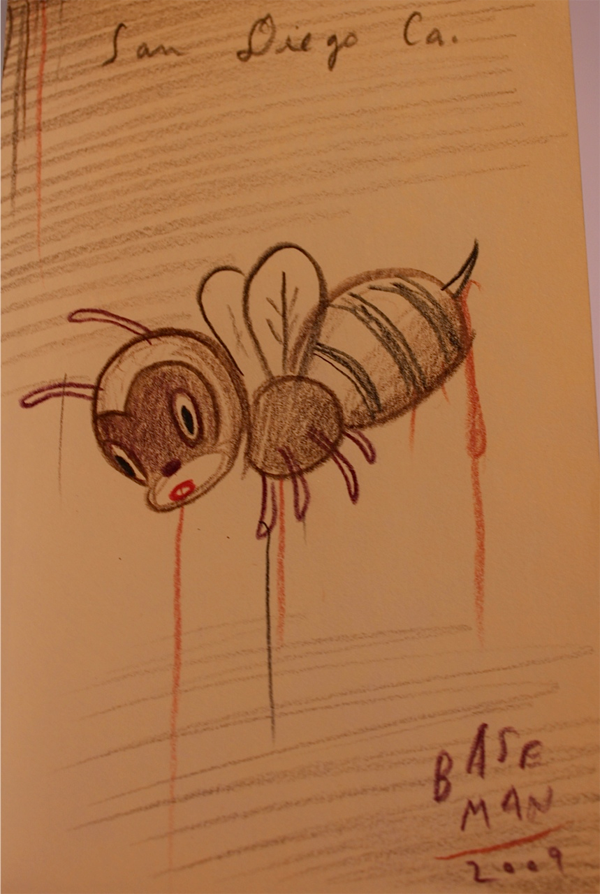 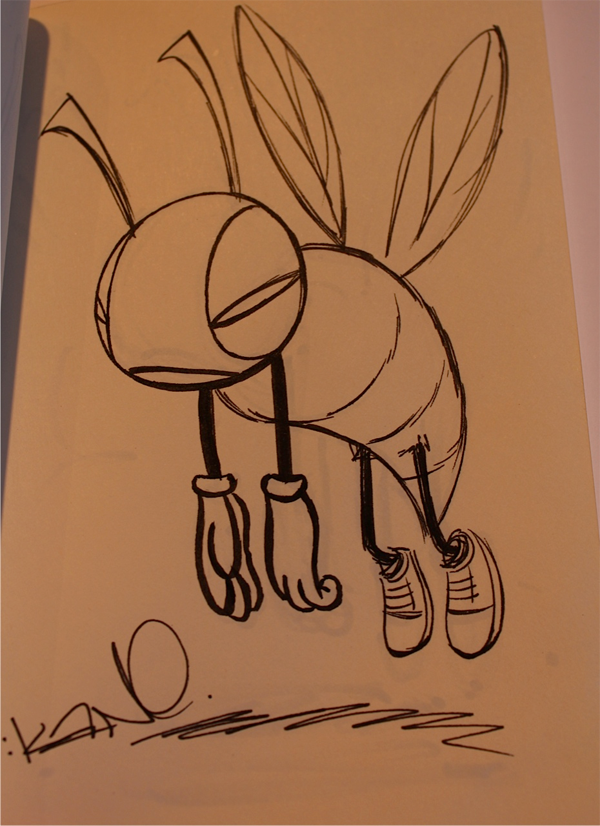 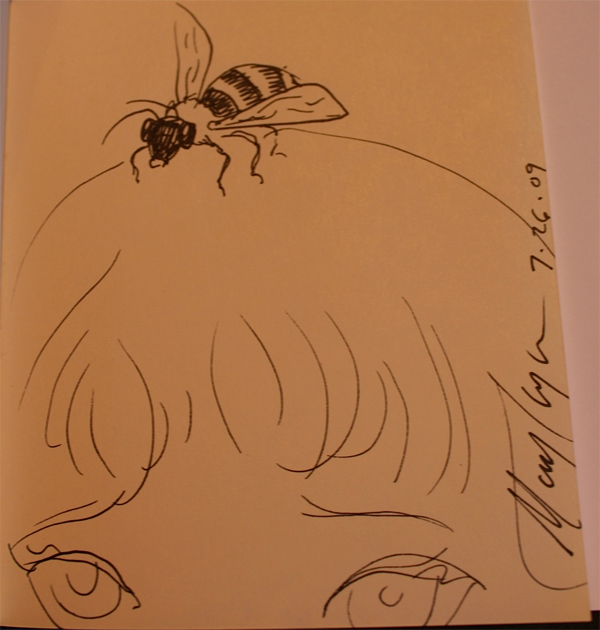 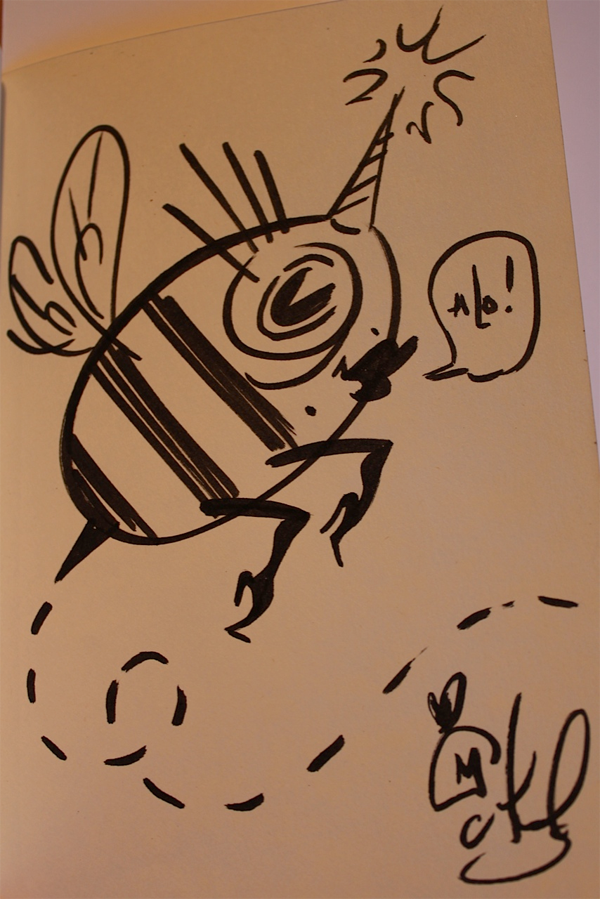 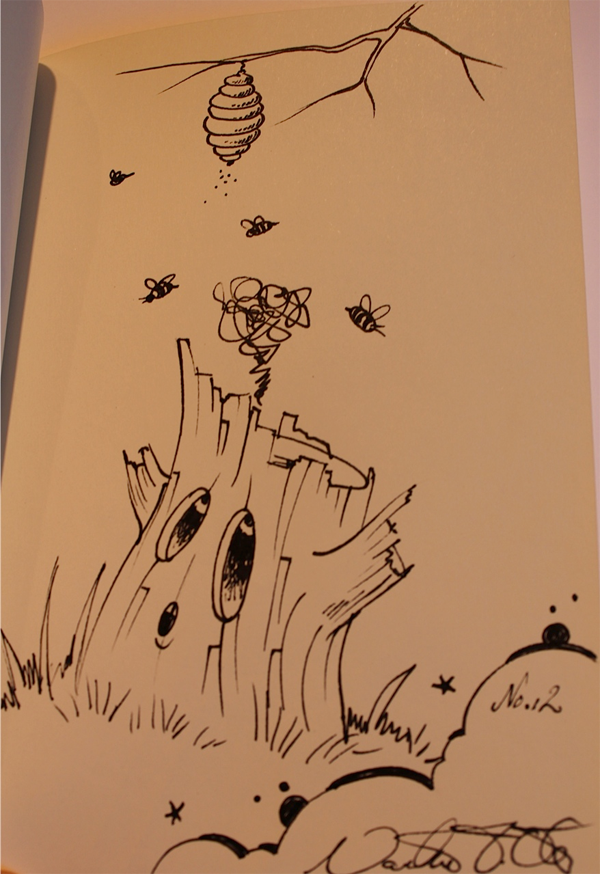 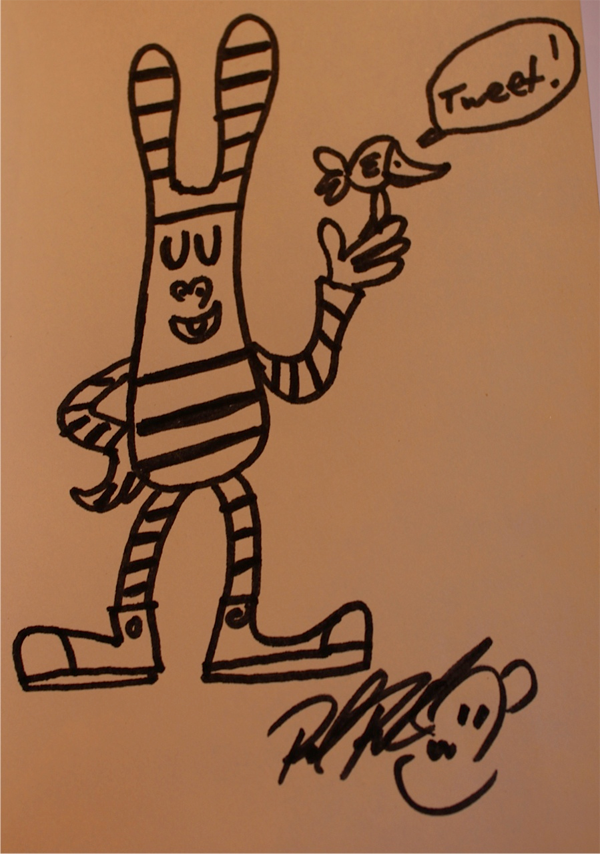 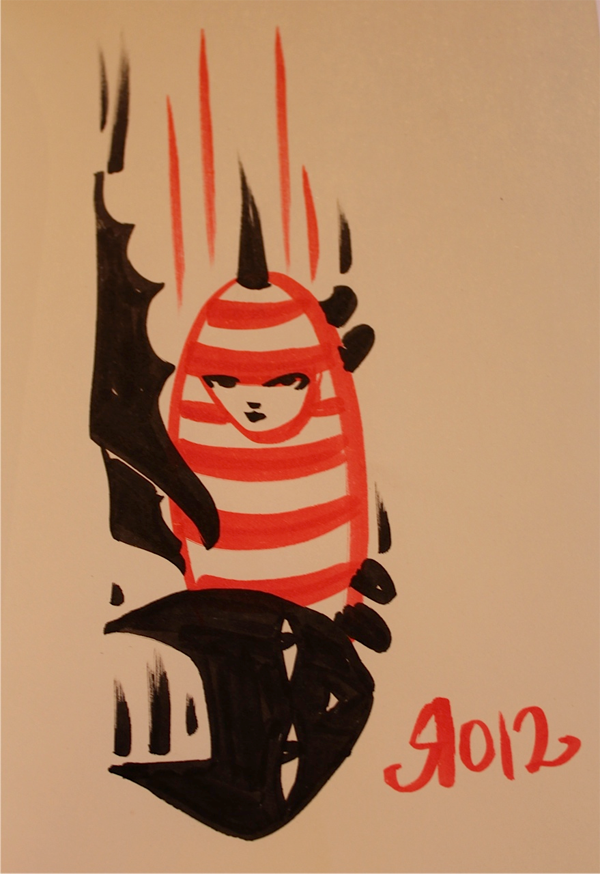 Thank you once again to Sarah Jo Marks for showing us her sketchbooks! For more on Sarah Jo, check out the DKE Blog.