I am starting out with a bang this week! From time to time I watch this video to be inspired. Watch Mr. Rogers appear before the United States Senate Subcommittee on Communications. His goal was to support funding for PBS and the Corporation for Public Broadcasting, in response to significant proposed cuts by President Nixon. He went in as calm as could be, spoke from the heart, and earned what was deserved. 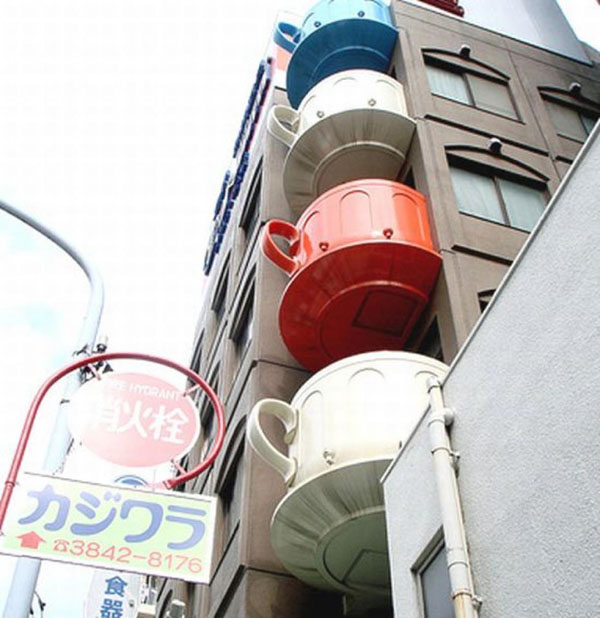 These may look like the teacups that made you vomit at Disney, but alas no, they are really awesome balconies in Tokyo. I don’t think these would fit in most places.

Lastly this week, I am posting a really cool image of Black Mastiff Bat embryos. These will make Charity squee for a few hours. The one in the middle looks like he just sneezed.