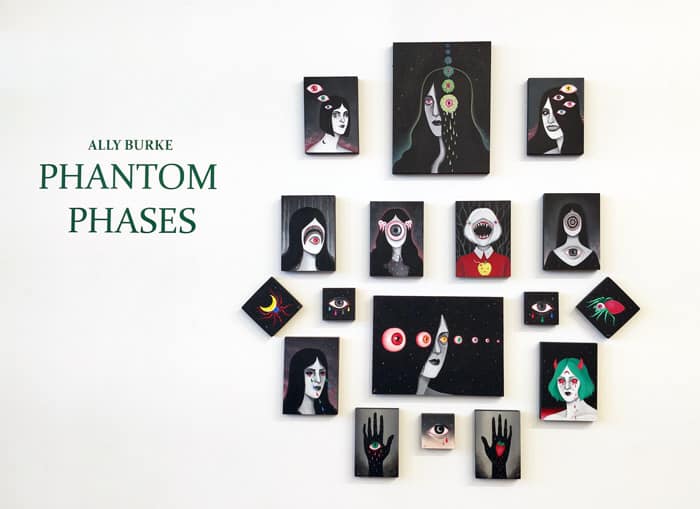 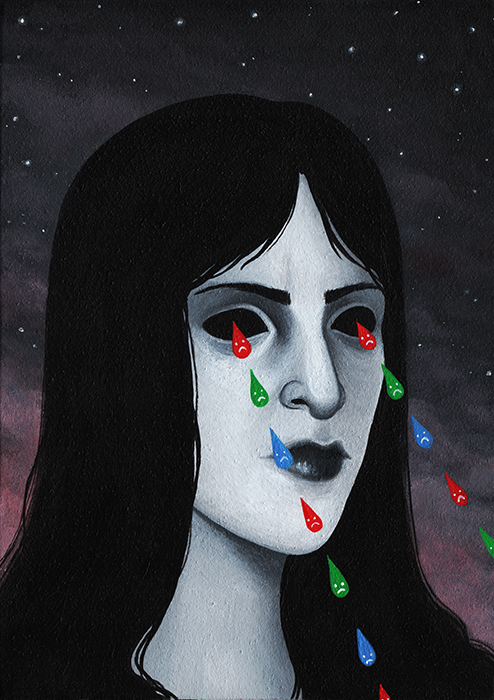 The series was produced while the Tennessee based artist was feeling stuck in a strange place; one where it seems like time has stopped while simultaneously moving too fast. Through the journey of creation, Burke felt as though she were falling into repetitive cycles while also trying to move on to something new. Each piece is an experiment all its own, with bright colors, contrasting the darkness in exploration of personal symbols of grief and change. 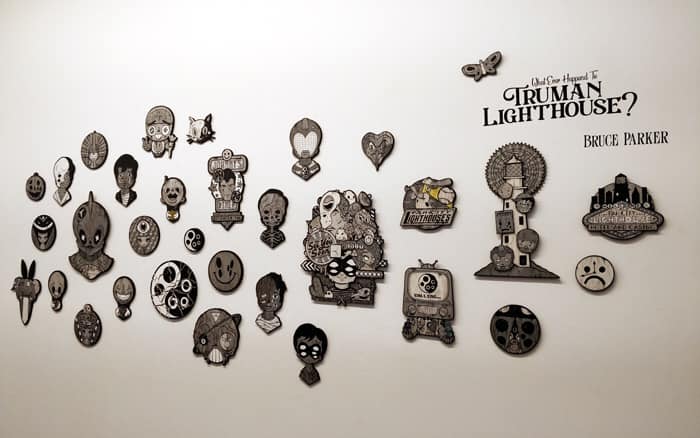 Whatever Happened to Truman Lighthouse?
with Bruce Parker
Bruce Parker’s newest series “Whatever Happened to Truman Lighthouse?” introduces his asymmetric hero and his seemingly endless parade of other identities, along with friends, allies, loves, and enemies from his many thrilling adventures.
Parker’s work is narrative; his characters ranging from human, animal, something in between or further beyond. Each archetype is a chaotic, euphoric, light-hearted, nostalgic trip, littered with occasional familiar characters, brands, and products – both past and present. 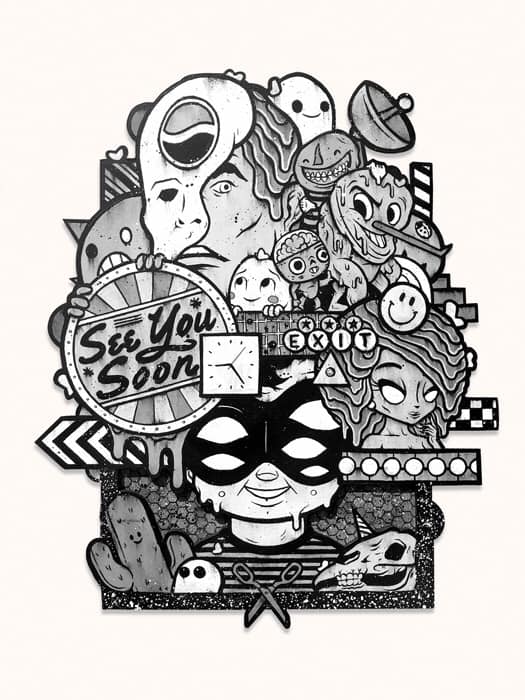