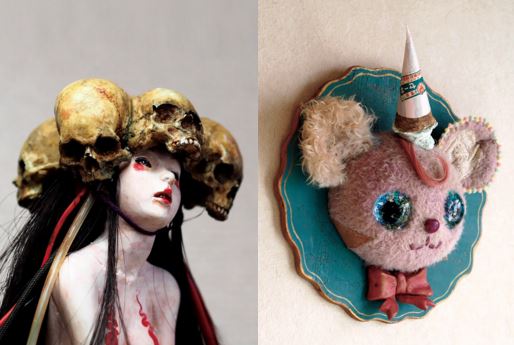 Both artists will be in attendance at the opening reception on Friday, February 5, from 6-9pm. Tokyo Jesus is a self taught artist whose work focuses on complex female characters that live between chaos and sanity. His vision is filled with soft sexual tension, skulls, and what he considers “ruined science.” 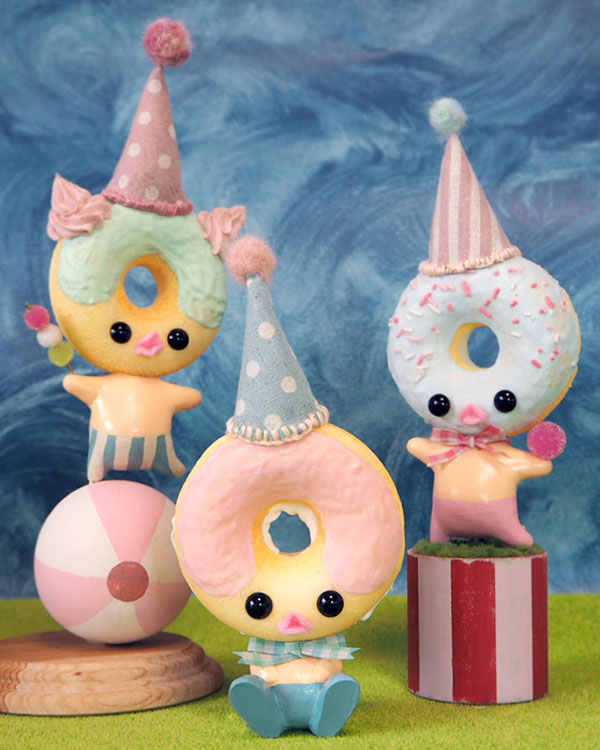 His wife Eimi Takano’s work is an extreme contrast visually with the sugary sweet visions of an idealized childhood. She describes her work as funny, yummy, and cute. Babies dreaming of becoming circus performers, memory bears, and starry-eyed donuts  create a world full of imagination and kawaii style optimism.

Both of their worlds explore the space existing between life and death and celebrating everything that is beautiful and recognizing the temporary of everything that will eventually die.

“Skulls and Sweets” opens Friday February 5, from 6-9pm with a reception for the artists (open to the public). 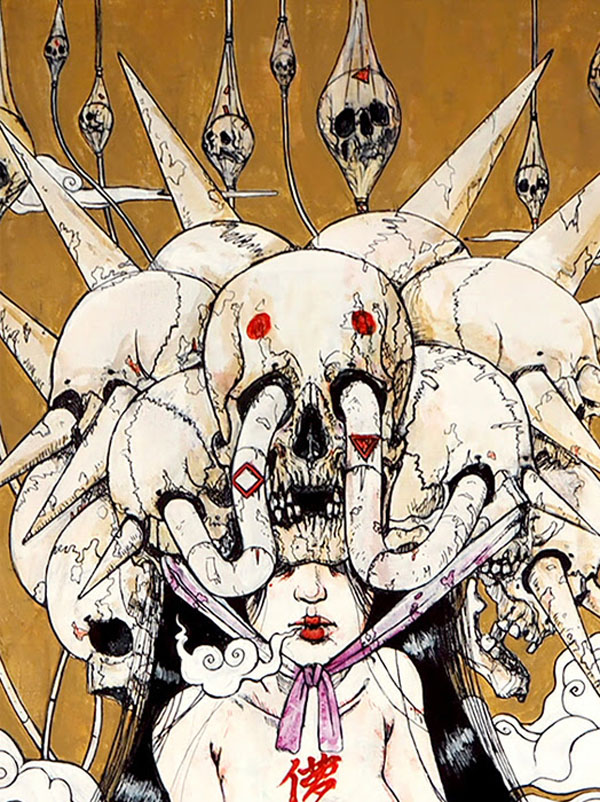 The opening reception will be on February 5th from 6-9pm
and both artists will be in attendance.

Skulls & Sweets will remain on display until February 28th.