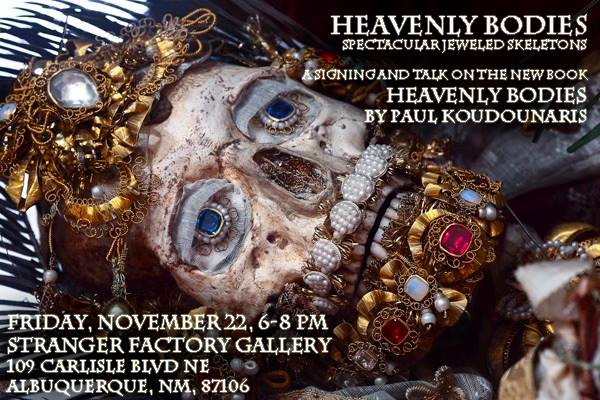 Dr. Paul Koudounaris, the art historian recently dubbed by the UK press as “Indiana Bones” due to the discovery of caches of incredible jeweled skeletons for his new book “Heavenly Bodies”, will give an illustrated lecture on these masterpieces of macabre art in Albuquerque at Stranger Factory on November 22 at 6pm.

The event will also be the only area book signing for the title. The event is free. 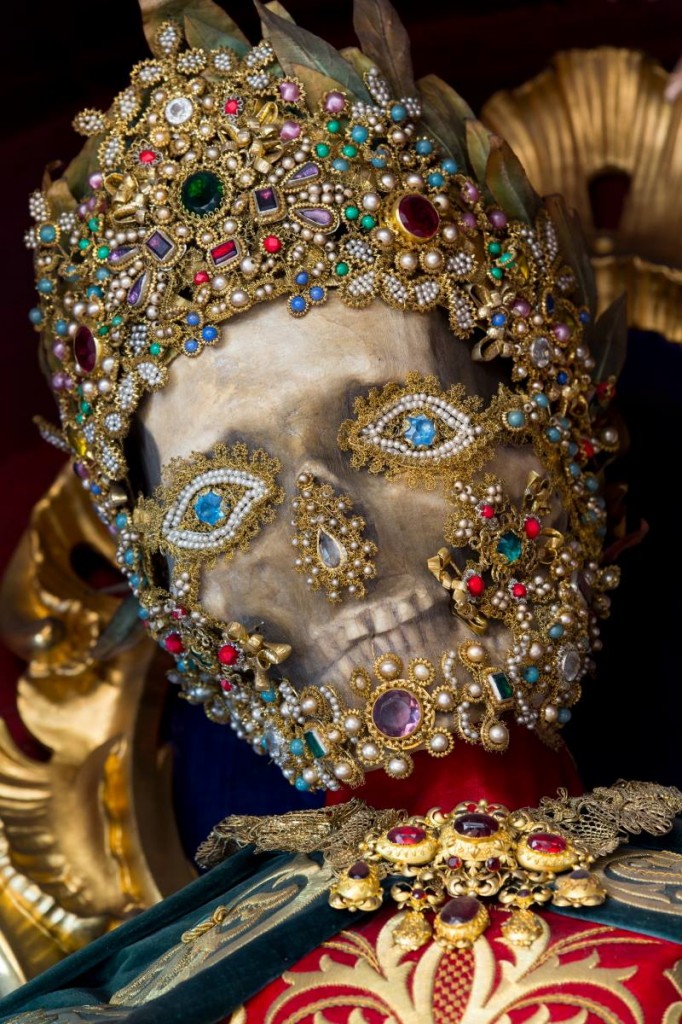 The book “Heavenly Bodies” has already provoked a tremendous international response, due its often shocking images of fully articulated skeletons covered head to toe in dazzling jewels. The lecture, accompanied by a full slide show, will explain the puzzling and hidden back story of these marvelous skeletons: once believed to be early Christian martyrs, celebrated and decorated in the most exquisite of fashion, and then, as faith in them waned, turned out by the Catholic Church that once promoted them, often in humiliating ways.

For more information about Dr. Koudounaris and his book, check out the following – Your Corpse Will Never Look This Good (Vice Magazine) and the Smithsonian’s blog.

You can also RSVP at the Facebook event, although an RSVP is not required to attend!