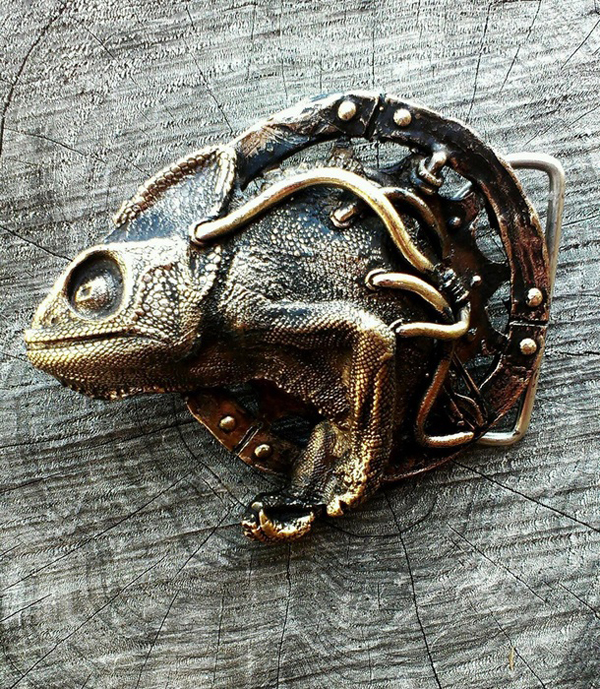 Another newcomer to this year’s Designer Con is bronze sculpture artist Stephan Webb!

You have seen his amazing work at Stranger Factory openings and his jewelry on many of our patrons, but now we get to bring him with us to California with us! If you are unfamiliar with Stephan, here’s a summary of his amazing biology inspired art –

Some of my artwork takes a surrealistic view of biological processes and how they interact with our fabricated human environments. Evolution is an ongoing process and I try to show this in my art work. I tell a story of organisms that have evolved in cohesion with man’s machines or discarded relics. For example, coral reefs may use sunken air planes as a foundation to start a new colony. How far can this interaction go? Can organisms entirely integrate man-made objects into their complex systems? I merge biology with industry and shapes that most people are familiar with to try and convey this concept.

My latest artwork explores the inner workings of the human psyche, the forces that are imposed on an individual and the things that affect the behavioral characteristics of that individual. I do this by displaying various figurative and expressionistic forms, as well as geometric elements, that produce a surreal composition of the human figure or mind. Often these themes are combined in intricate sculptures that feature biological entities and structures juxtaposed with harsh geometric shapes. I try to establish a soft merger of the two in order to propose a more harmonious relationship between the biological and the industrial to create a feeling of cohesion, a singing “machine.” I represent thought process as a theoretical mechanism, using gears, levers, pulleys and other industrial elements to represent the dynamics of changing thought. However, even though thought is consistently entropic, the machinery used to create thought rarely changes for an individual. This work also deals with the concept of inner thought and how, as individuals, we “mask” our thoughts by taking on different persona’s or characters. Even though we think we are in charge of our characters, there is still an underlying unconsciousness that manipulates who we are.

In addition, we recently got to see an amazing video of Stephan’s process and work. Check it out!

Stephan will have many originals on hand at Designer Con, along with some brilliant jewelry.
Here is a small preview of what he is bringing to the convention. 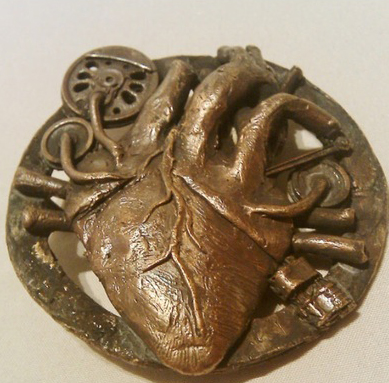 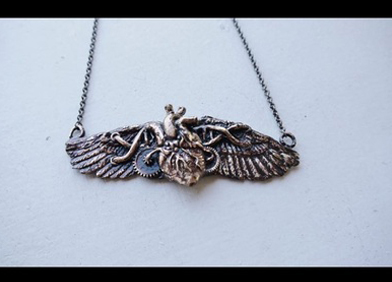 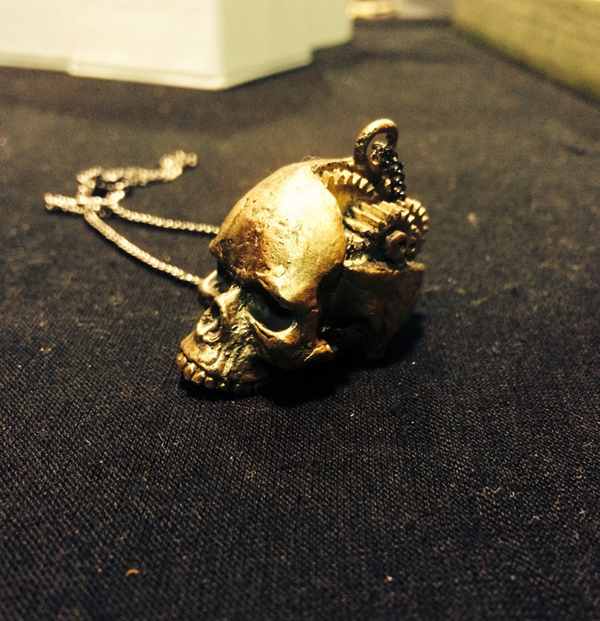