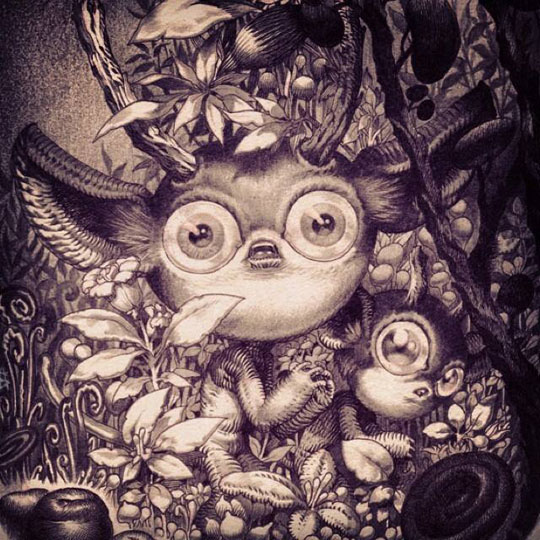 If you didn’t see our big Designer Con 2014 announcement, we dropped some major news on this year’s convention. We are beyond elated that Stan Manoukian is coming over from France to grace us all with his presence and skills at the Circus Posterus booth. We really just want to call him Stan the Man!

If you are not familiar with Stan, we are here to help!

Paris, France based Stan Manoukian is an internationally recognized artist/illustrator, seasoned comic book artist, development and story designer for film and commercials, toy designer, has been creating monsters and building fans for years in both Europe and the US.

Very early on, (in 2006) he started “A monster a day” drawing exercise to develop his own creature world and Universe, which has become monumental in scale and documentation. Impassioned by old books, dictionaries, old engraved plates and paintings (discovered through his father passion) Manoukian is inspired to present his creatures within the manners and styling of old encyclopedias – indexing, classifying and properly documenting them for future generations. Similar in nature to a crypto zoologist… Stan is discovering his new universe, carefully representing them in their natural environment, complete with habitat, co-existing species, predators and how they interact with one another.

For more on Stan, you can visit his site here, and see what we currently have available by him here.
Now, come to Designer Con to meet Stan this November. 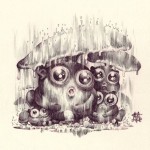 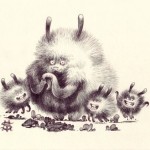 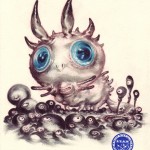 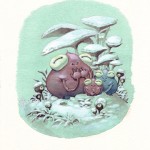