Chris Ryniak’s brain is a limitless fountain of monster making ingenuity, and the recent appearance of a happy little lumpy idol on his Instagram feed made us all squeal in delight. These brightly coloured little doofuses are all set to wreak havoc and mischief, but we’re likely to forgive them because sitting at just 3.5″ high, they’re just so damn cute. 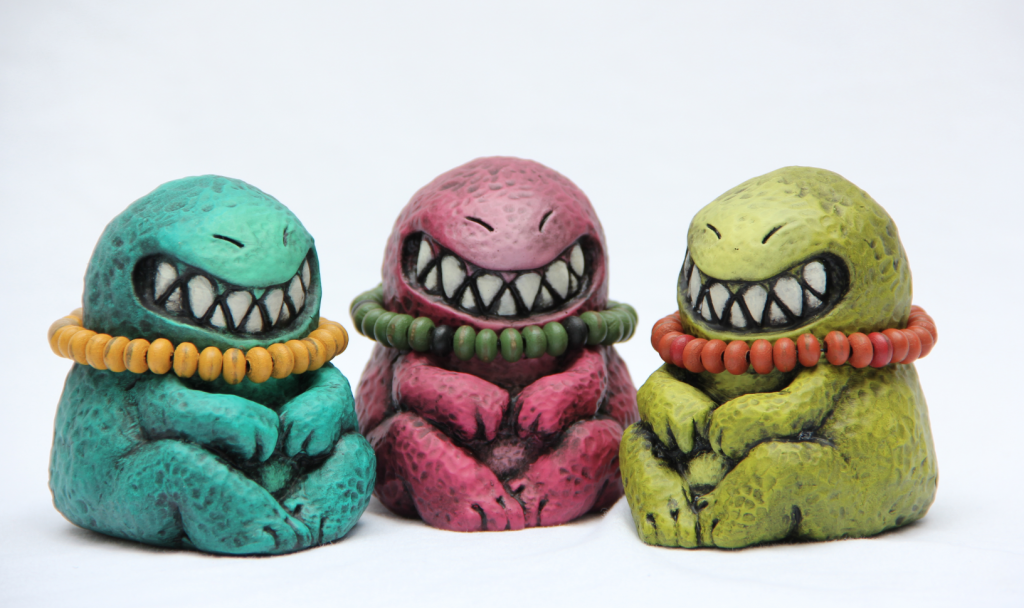 Despite being busy putting the finishing touches on some creatures for Monsters and Misfits III, and even busier hustling the others into shipping crates, Chris took the time to answer a few questions about these little Monster Spirits, and his upcoming trip to Japan! 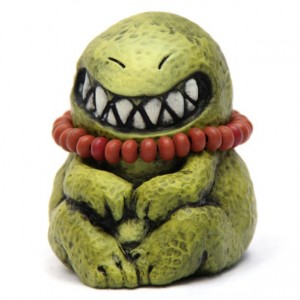 CP: What’s your point of inspiration for these little monster spirits?
CMR: My creatures are inherently invisible to humans, so it only makes sense that something exists that is invisible to them.

The Nuggleworts carry effigies of them on their heads to celebrate mischief and fun in the night parade.

CP: Besides Mischief, what other spirits do you have lined up?
CMR: I hadn’t thought that far ahead, you may have just given me an idea!

What are you looking forward to the most on your return trip to Japan?
CMR: Besides the food? The time worn architecture and strong sense of culture. Oh, and MANNERS, everyone is so polite!

We followed the Spring festival parade at night down a quiet street, when all of the Yatai floats stopped moving and everyone, including the crowd, started singing in unison.  It was haunting and beautiful, like something from another world.

Your larger sculptures are jawdropping. Will we be seeing more of those in the future; are you finding yourself drawn to larger formats?
CMR: THANKS! I have always wanted to work big…like BIG big, like 20-feet-tall big!  Working large has some real challenges and limitations, but it’s something I plan on doing periodically in the future.

Until someone offers a room with 20-foot ceilings and a cargo truck, I may have to keep the pieces between 3 and 4 feet high. 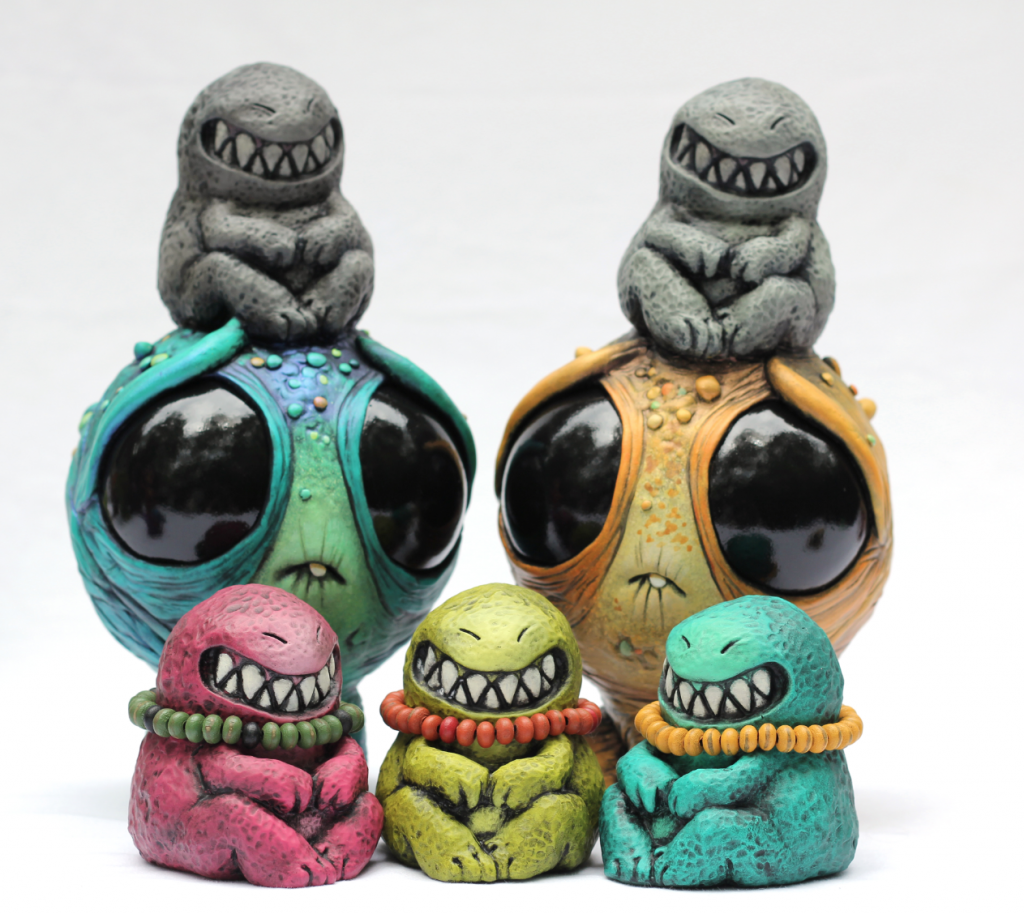