I’ve said it before and I’ll say it again – man, I love being a toy nerd!

As I write this, I am in the middle of my 28th year on this planet. With all the stuff I’ve seen, I still find myself coming back to the things I had when I was six. I played in a world full of monster heroes, clever detectives and mutant ninjas. For all of that, I have Playmates to thank .

Playmates formed my childhood. They ruled early ’90s toy shelves and managed to control a time when GI Joe and Transformers were in a weird transition. During that time period, three toy lines specifically helped not only form a big hunk of my identity but also take up a lot of space in my toy box. 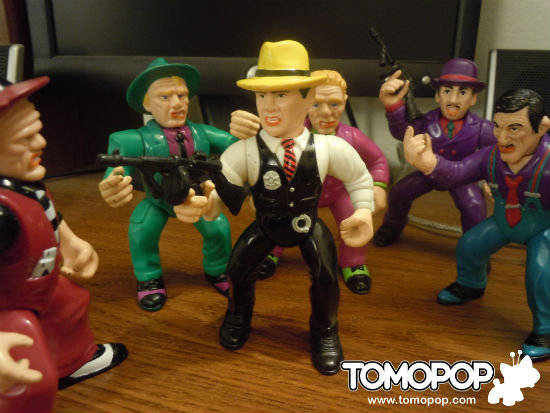 In 1990, Playmates released the Dick Tracy toy line. While some of you may remember the movie and cringe, that toy line was pretty remarkable – a 14 figure toy line consisting almost entirely of bad guys!. Better yet, a bunch of deformed gangsters that are too busy racketeering to try and get there face game fixed up. The Dick Tracy line single handedly gave me a universal rogues gallery. Let’s be honest, in our youth, most of us did not have parents we could justify buying the exact same toy twice to. So, while I may never have gotten my army of foot clan ninjas, I did manage to get a good amount of ridiculous looking thugs. Add to that the great accessories these characters came with and the universal appeal of cops and robbers, and you had a recipe made for success.

On the opposite side of the spectrum came one of the funnest toy lines of all time. 1991 gave us the gift of Toxic Crusaders. Someone working at a big agency must have watched The Toxic Avenger and said:

“ I can totally make that into a marketable property for kids! All I have to do is tone down the gore, take out the needless nudity and play up the cheesy concept!”

(This comment is not recorded fact. Also while it may not have been said if it was its damn wrong. All those things make Toxie better.)

With a cartoon, came toys and those toys are one of the milestones of my life. The Toxic Crusaders toy line is the apex of Playmates for me. They implemented the same bit pieces system they had used on previous lines like Dick Tracy. Add to that the weird obsession with Day Glo colors and surreal character designs and you have perfection. I still own most of these figures and find myself playing with Headbanger whenever I look at him on the shelf.

Both of these toy lines alone would be awesome achievements for me to sit around and praise Playmates about but there is still the toy line that allowed both of those to happen. Teenage Mutant Ninja Turtles is the perfect toy line. The evolution of sculpt and ideas in those figures is just incredible. I remember when the shell storage turtles came out and I just about lost it. They could hide their weapons in their shells!!! Not only was that an awesome idea for those figures, but also allowed for one to see the inner workings of how a toy gets put together. That may actually have been my first experience with toy engineering.

On top of the fun quirky ideas they used to keep life in the Turtles, they also had an amazing cast of non-turtle characters on the roster. Characters like Mutagen Man, Ray Filet, and the almighty Casey Jones are some of the coolest character designs ever. There’s just something about a guy in a hockey mask holding a cricket bat  and ready to wreck some ninjas that makes the universe make more sense to me. 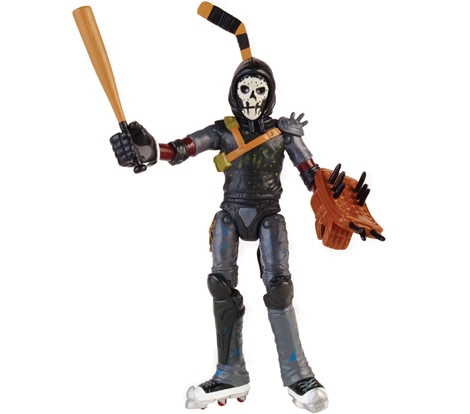 Currently, the Turtles toy line has seen a  triumphant return and I couldn’t be happier. These current turtles are my favorite versions since the original Playmates figures. The joints and posability is a dream, the new designs on classic characters have been really fun, and the new color schemes work incredibly well. It’s nice to be two decades older and wiser and still have a guy in a hockey mask make me smile as much as he did back then. Well, even if they forgot the Cricket Bat.