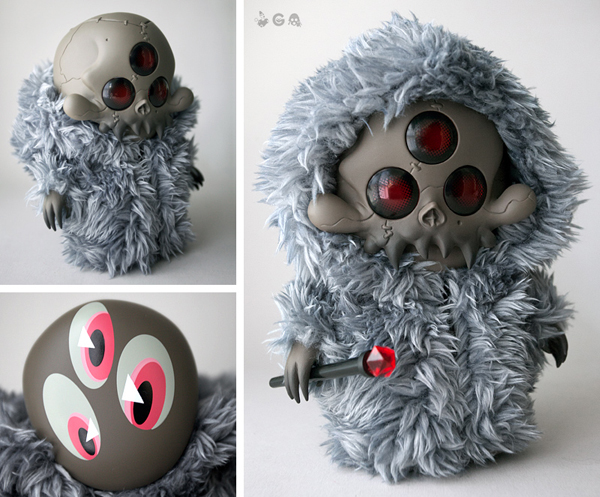 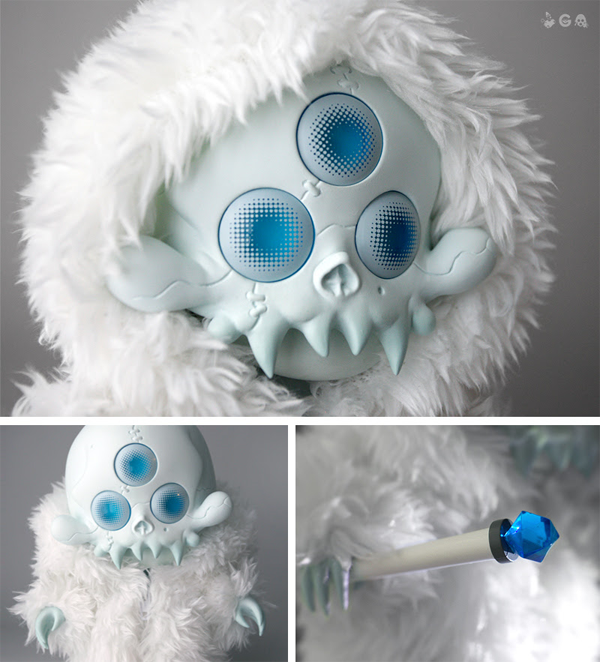 Brandt Peters and Ferg have raised the bar again on Terror!
GOHSTBAT [YETI WIZRD – NORTHERN]
is Set for release into the wild on Monday, SEPT 22 – 12:00 noon central time over at http://store.projectsquadt.com
6″ vinyl, fur and ABS – Includes 2 sets of HT lenses,  2.1 and classic arms, claw hands,
jeweled sword-cane and a removable helmet.
with a low edition of only 225 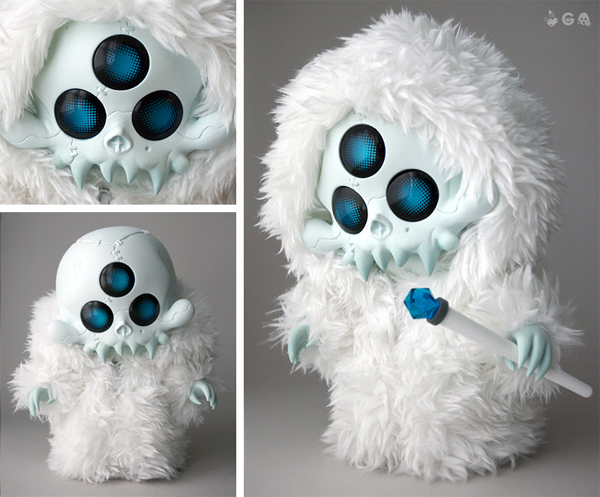 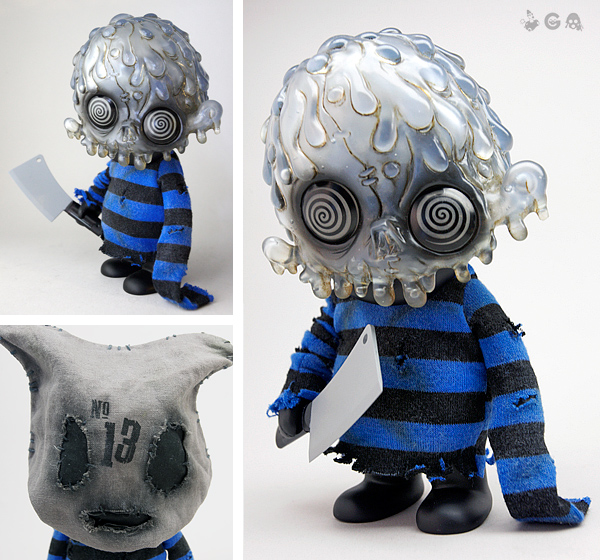 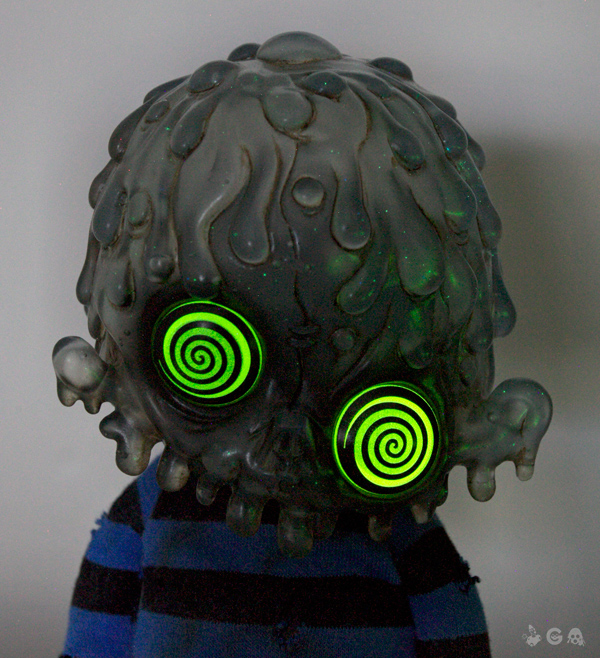 Are you plagued with wanting new releases? Do you long for a new Skelve?

Releasing on Wednesday, June 18 in the Circus Posterus Store is the remaining stock of the Playge Doctor Skelve “Whitey” by FERG! Keeping a low edition of only 66, these won’t last very long, and will cost $235.

Keep checking the Circus Posterus Store next Wednesday for the release. 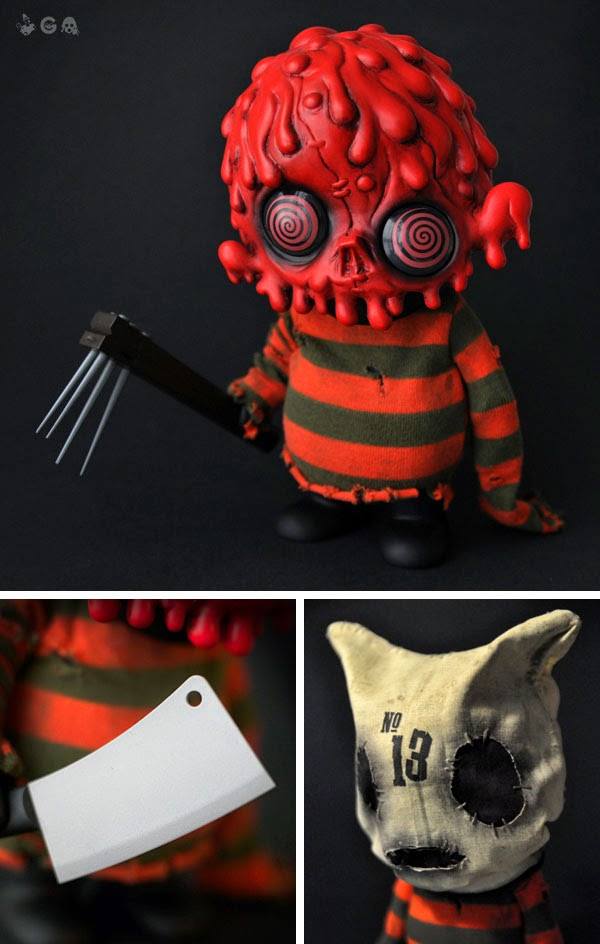 Drop your pillow and don’t sleep, because we have a release coming up that nightmares are truly made of!
TERROR BOYS OOZE NO. 13 [NIGHTMARE] 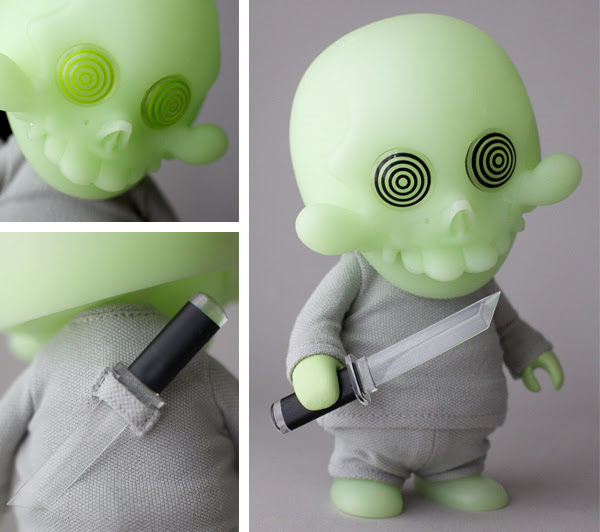 TROUBLE BOYS S00? [NKD] GID
BRANDT PETERS X FERG
The release is set for Monday, MARCH 31 and starts at 12:00 noon central time.
First off, some info about the sale;
This will be a 48/24 hour ‘open’ order on the squadt store like the previous NKD release, but with a couple of changes.
Here is how it is structured…
48 hour open order period for the TB S00? [NKD] GID
$95 USD includes worldwide shipping
24 hour open order for the TB S00? [NKD] GID AND GID perp SET.
$175 USD includes worldwide shipping 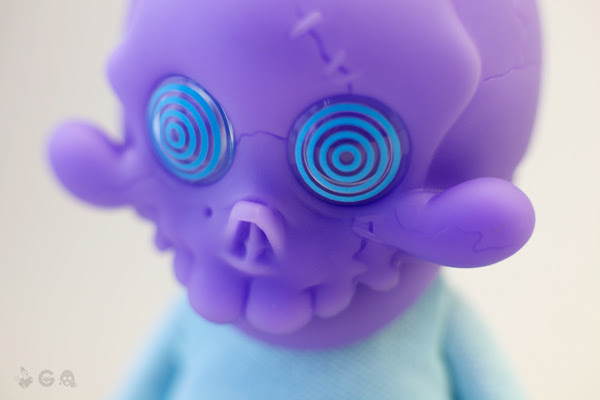 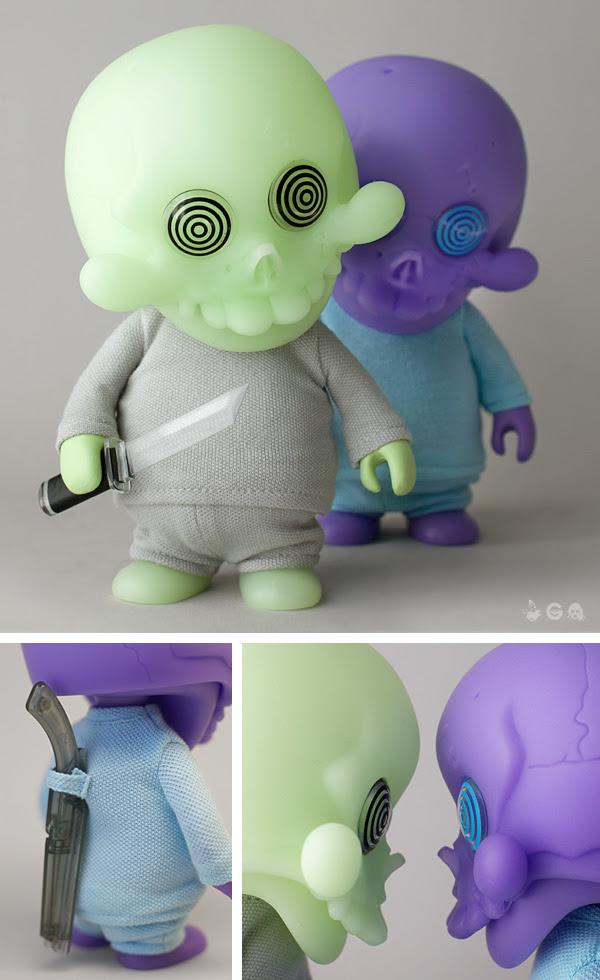 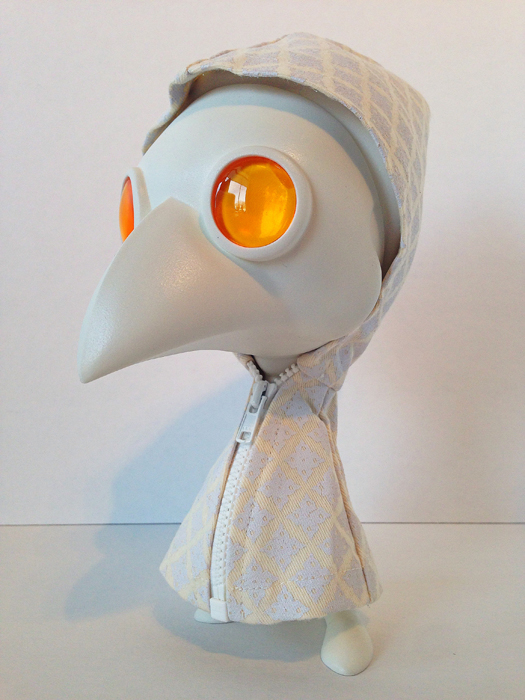 Do you want to get your hands on the newest Skelve?

Only a small handful of the Playge Doctor Skelve: Whitey by Ferg are still  available. Limited to only 66 and priced at $235, these won’t last too much longer! To purchase, please email strangerfactorysales@gmail.com. 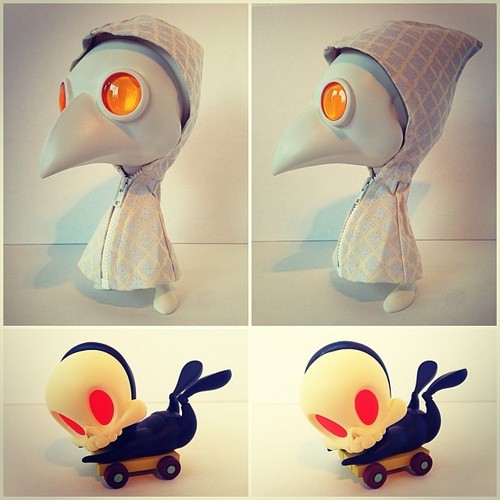 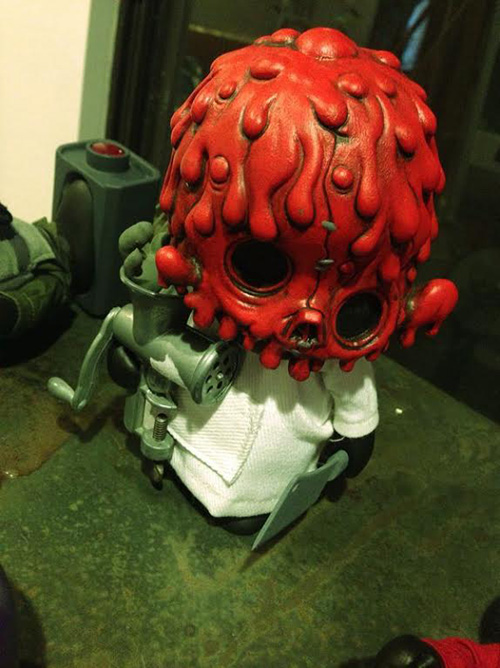 In case you missed it, Trigger II previews were all over the internet this past weekend. Brandt and Ferg had an all out war with images of their work, and it was a sight to see everything pop up on Facebook, Instagram, Snapchat and Twitter. So, if you weren’t near social media or were hibernating from the bitter cold out there, we have you covered.

Above is a bloody custom in progress from Brandt Peters titled “The Butcher”. Oh, that meat grinder accessory would make Sweeney Todd swoon with delight.

Below we have Ferg’s plague doctor custom. He knows what you did last summer and it involves meat hooks! 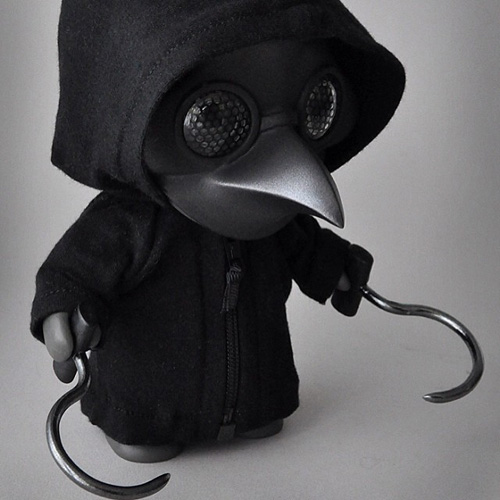 I know we’ve been talking about how big Brandt is going with some of his new pieces, but I think it might be hard to understand exactly how big without some perspective. For reference, Brandt’s hands are not tiny. 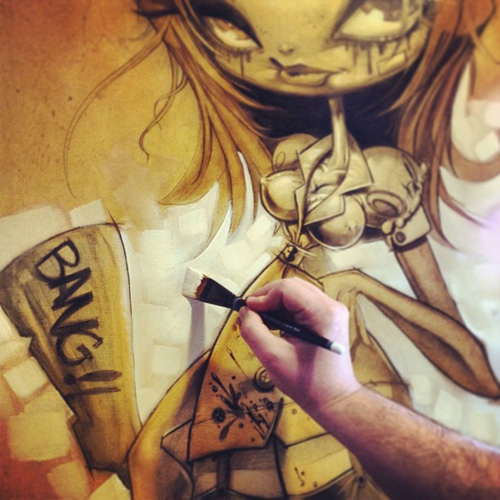 Trigger II runs January 10th – February 2nd, with an opening reception on Friday, January 10th from 6 – 9 PM. Both artists will be in attendance.