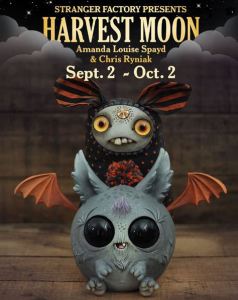 Stranger Factory is pleased to announce contemporary character artists, Chris Ryniak and Amanda Louise Spayd will be joining forces once again for their fifth collaborative Stranger Factory show, entitled “Harvest Moon.” Drawing from a mutual fondness of Halloween, the two have crafted a show that celebrates crunchy fallen leaves, crisp autumn air, and the spooky darkness of a moonless night.

Chris’s detailed sculpting brings iconic characters into his own signature style. Friendly pumpkins, black cats, bats, and other creatures of the night will come out to play.

About the Artists:
Amanda Louise Spayd’s mixed-media work combines the textures and colors of antique domestic objects, the natural world, and an obsessive attention to detail. Her aesthetic is influenced by her love of antiques and textiles, as well as a deep nostalgia for the innocent curiosity and emotional attachments of childhood. Creating objects that evoke strong emotions – pity, love, or a feeling of protection over them – is at the core of what inspires her artistically. She has been published internationally, and is highly sought after by collectors around the globe, as well as having recently entered the toy market with both Japanese sofubi and vinyl blindbox toys, as well as cast-resin collectible figures.

Chris Ryniak is an American artist born in the suburbs of Detroit, Michigan. He spent his childhood basking in the warm glow of Saturday morning cartoons and flipping over rocks in search of insects, reptiles and ghosts.

A sculptor and painter of all manner of creatures both large and small, he has exhibited in galleries and museums throughout the world. His work has also been published in numerous books and periodicals in the US as well as in Europe and Asia. Chris is a toy-designer and sculptor of numerous instantly sold-out editions of designer art toys and figures. He is also well-known for his series of daily monster drawing project entitled ” Morning Scribbles” in which he has created and shared over 800 original creatures.
The show will run September 2 – October 2nd, 2016.
Opening Reception on September 2nd (6-9 PM)
*Both artists will be in attendance 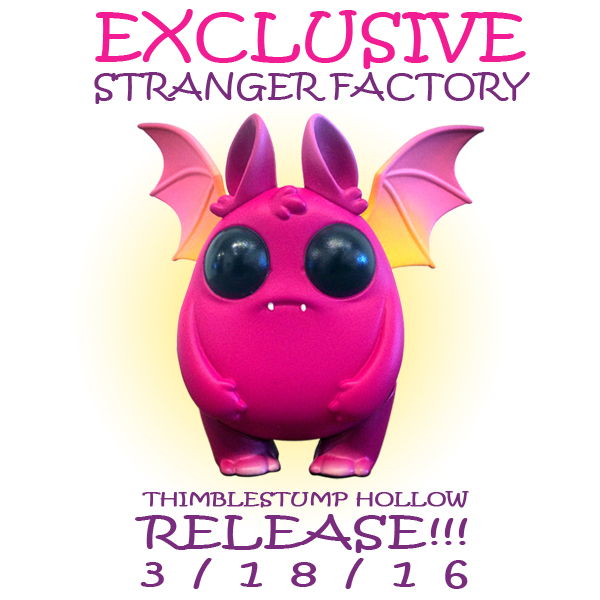 · Price is for one figure

· Note: These figures will ship open boxed, as we will be inspecting each figure’s QA. Wing joints on this figure are sensitive. 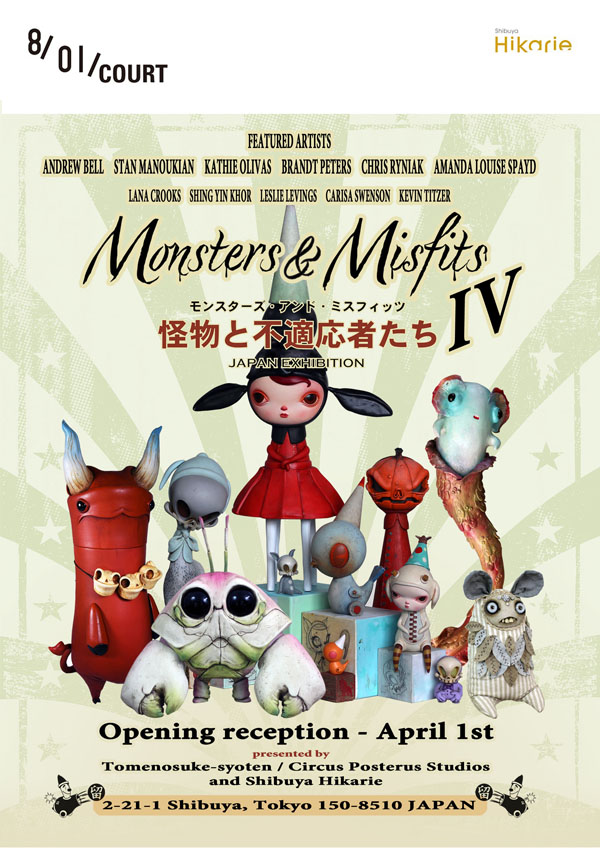 Tomenosuke + Circus Posterus (T+CP) is delighted to announce Monsters & Misfits IV, an exhibit of new work presented in collaboration with Tomenosuke-Syoten. This is the first Monsters and Misfits in Tokyo (Japan) and will be on display at Shibuya Hikarie at Creative Space “8/” from April 1st – 7th.

This museum level exhibition will bring you through a parade of strange and fantastic creatures and characters from these top contemporary designers, toy makers, and fine artists. This year’s group of Circus Posterus’ artists and guests present a hand-made sideshow of beady eyed night critters, devils, reptilian oddities, mouse kings, kappa skulls, ghost children, and more that promise to leave you awash in starry-eyed wonder. The fourth installment of this show features primarily hand made toys and sculptures inspired by cryptozoology and an idealized, re-imagined  animal kindgdom. Andrew Bell, Stan Manoukian, Kathie Olivas, Brandt Peters, Amanda Louise Spayd, and Chris Ryniak will be attending the opening reception on April 1st.

Press images and additional promotional artist information are available upon request from our Press Manager.

The exhibit will run April 1st to 7th at Shibuya Hikarie in Tokyo, Japan, with an opening reception on April 1st. 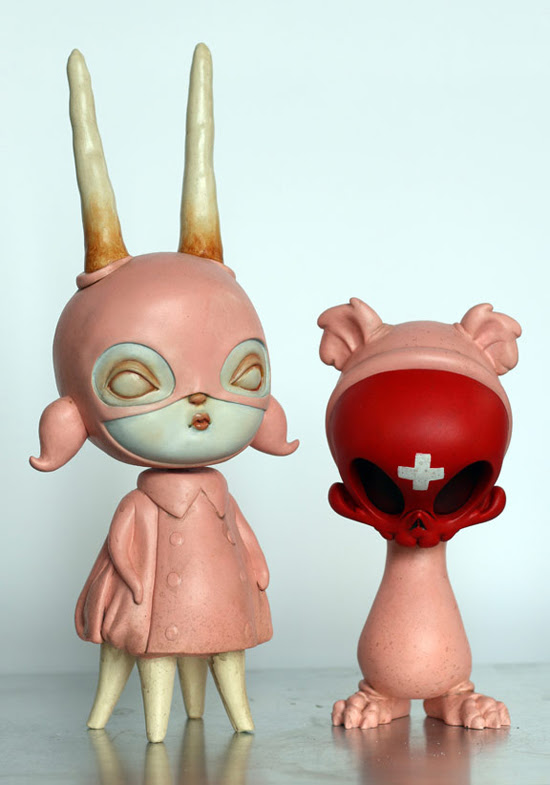 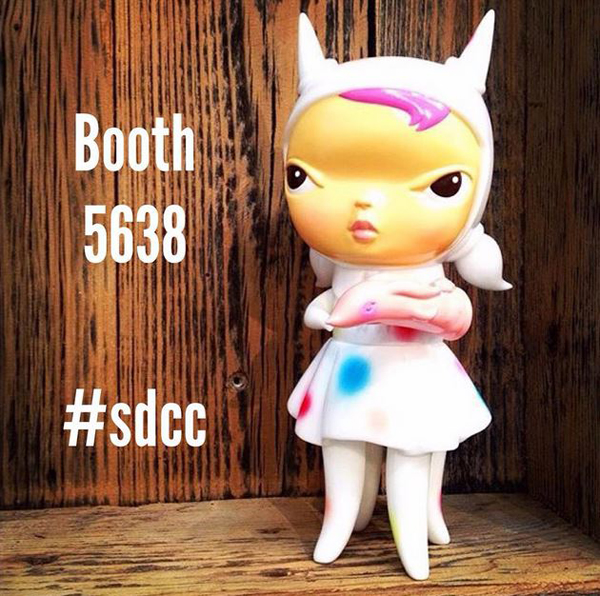 Clementine is coming to ‪#‎sdcc‬!
This amazing lass by Kathie Olivas and produced by Circus Posterus x Tomenosuke is limited to only 100 and will have a general release after the con. Lucky for you #sdcc goers, we are bringing a few to Cardboard Spaceship booth 5638! 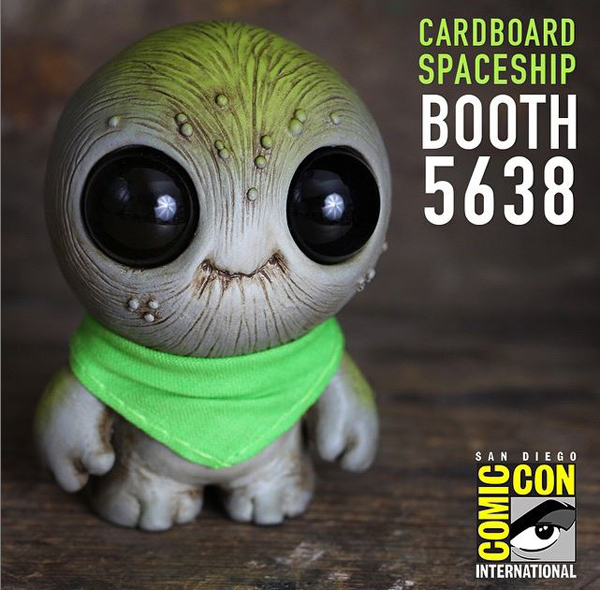 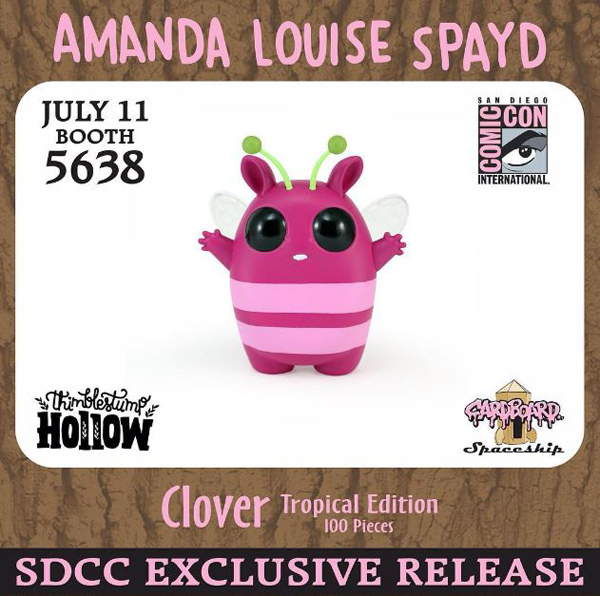 Cardboard Specaeship does it again with an Amanda Louise Spayd ‪#‎sdcc‬exclusive!
Limited to only 100, this “tropical” version of Clover from the upcoming Thimblestump Hollow mini series!

END_OF_DOCUMENT_TOKEN_TO_BE_REPLACED 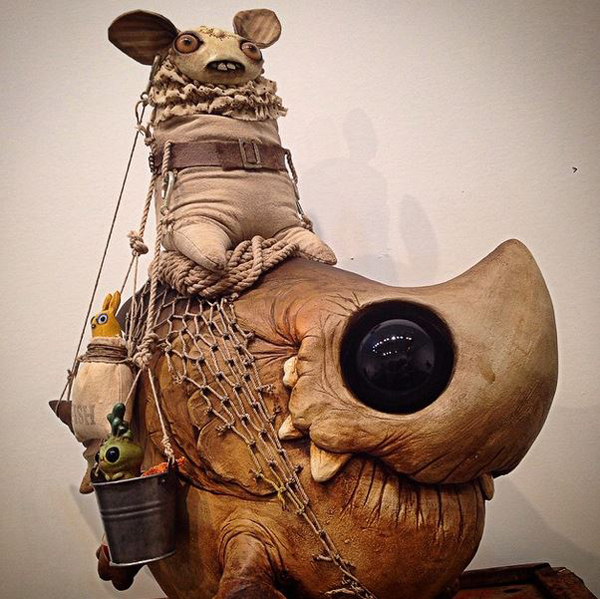 Well, we were not scared one bit to dip our toes in the salty waters, and with a name like Safe Harbor, we knew everything would be okay. Here is our look at Chris Ryniak and Amanda Louise Spayd’s “Safe Harbor“.
END_OF_DOCUMENT_TOKEN_TO_BE_REPLACED 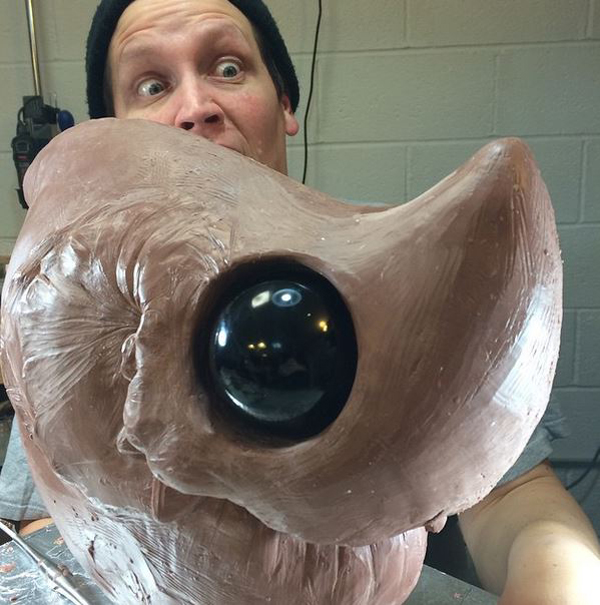 The sea creatures are stirring, and the waves are rolling in for Chris Ryniak and Amanda Louise Spayd’s “Safe Harbor“.  We have been catch and releasing all kinds of progress images for the show on social media, but look no further now – because we have them packaged like sardines in one blog post for you.

You can see all manner of sea beasts from mermaids and sharks to crabs and dudes we can’t even describe properly in their most early stages. Go ahead and start drooling on some of these. 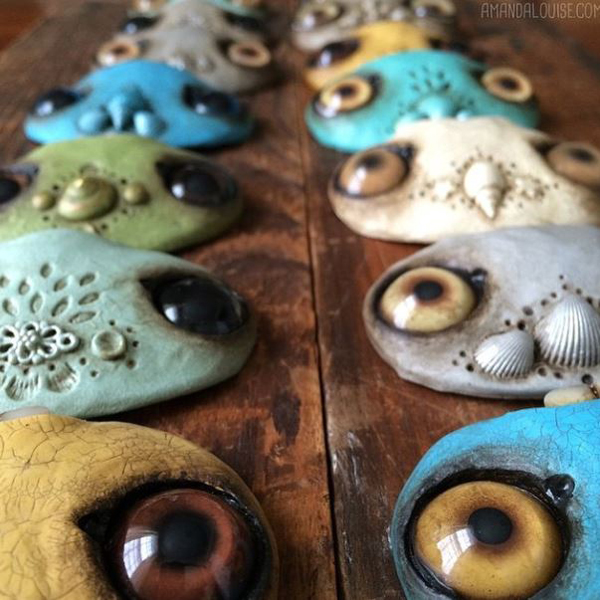 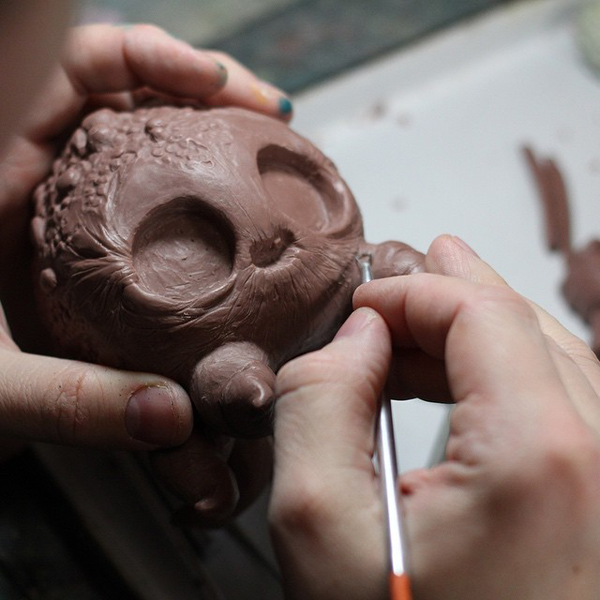 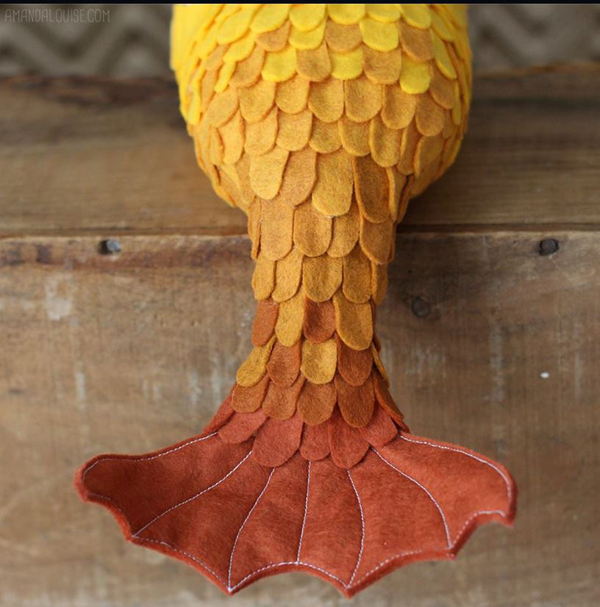 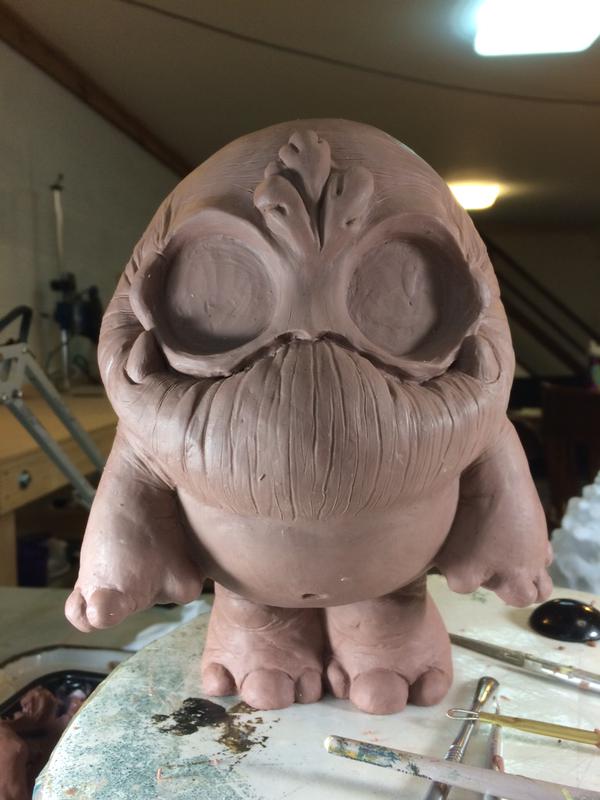 The Safe Harbor opening reception is Friday, April 10th from 6 – 9 pm at Stranger Factory. Both artists will be in attendance.

***Due to high demand for these artists, items from the show will be available via raffle for attendees of the opening. Please contact Stranger Factory for more details.*** 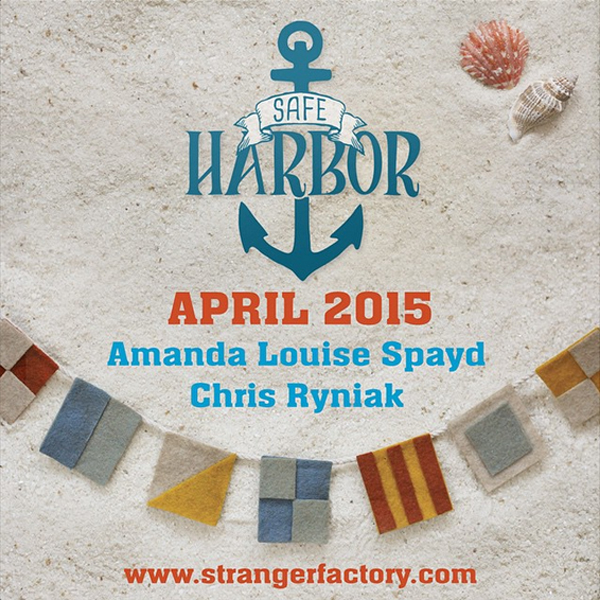 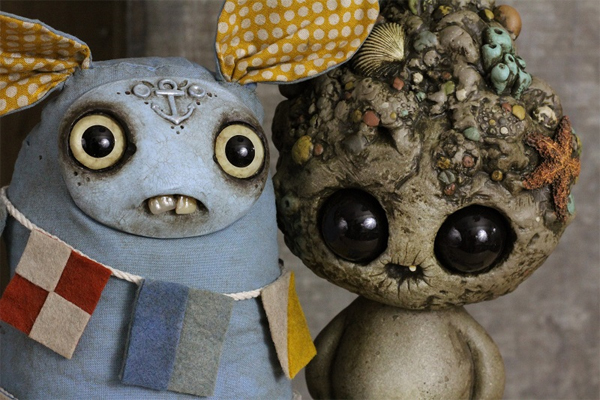 From the edge of the boardwalk to the bottom of the sea,
adventure awaits!

Ohio artists Chris Ryniak and Amanda Louise Spayd are back with another collaborative exhibit, “Safe Harbor”. Moving away from their usual land-locked world, the artists breathe new life into the creatures who make their homes both above and below the boardwalk.

The artists have collaborated on some of their most ambitious new works yet, both stepping out of their comfort zone to tackle an entirely new breed of their well-loved creations. They’ve envisioned a world revolving around a dilapidated old wharf, worn by time and salt, inhabited by creatures both new and familiar.

This fresh and unexplored world has led both artists to craft bold, new creations; some of Spayd’s original Dust Bunnies have grown fins, adorning themselves with shells, crab claws, and fishhooks, while “Safe Harbor” will also reveal plenty of fresh, sea-dwelling additions to Ryniak’s usual roster of meticulously sculpted characters.

This is the fourth large-scale collaboration by Chris and Amanda, and as they continue to share ideas and inspire each other, their creations have found themselves cohabiting the rotting planks and watery depths of their own crumbling coastal paradise.

Join us at Stranger Factory as we drop anchor and spend some time with this fantastic new family of creatures from two of our most popular artists.

The opening reception is Friday, April 10th from 6 – 9 pm at Stranger Factory. Both artists will be in attendance.

***Due to high demand for these artists, items from the show will be available via raffle for attendees of the opening. Please contact Stranger Factory for more details.***

The opening reception is Friday, April 10th from 6 – 9 pm at Stranger Factory. Both artists will be in attendance. 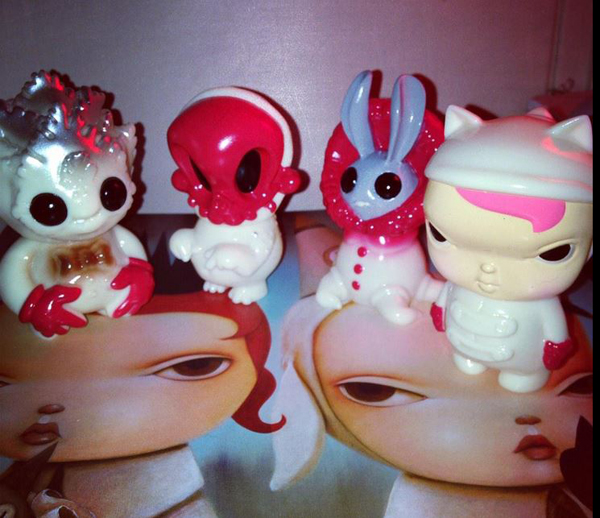 One of the awesome things about the Pocket Sideshow Chibi series, is that you can swap all the heads and bodies! We did just that with a set of the Winter Colorway set. Makes for fun combos and mixing it up.

Works well if we say so ourselves!

You can get the Pocket Sideshow series right here

Grab your list and check it twice, because here are more Designer Con releases and exclusives! 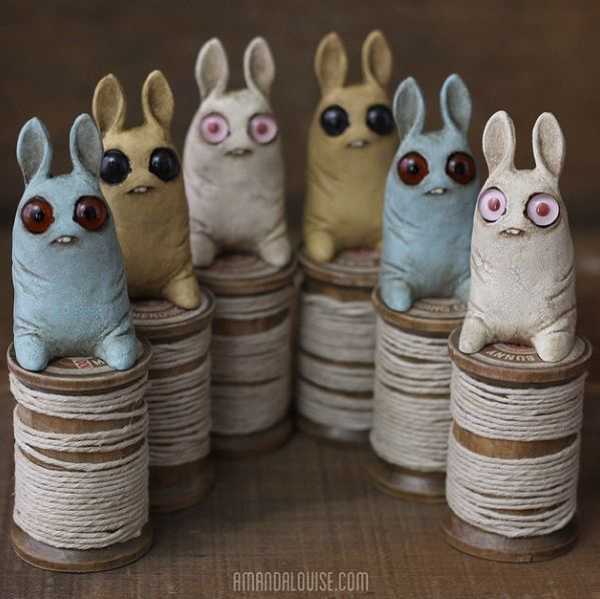 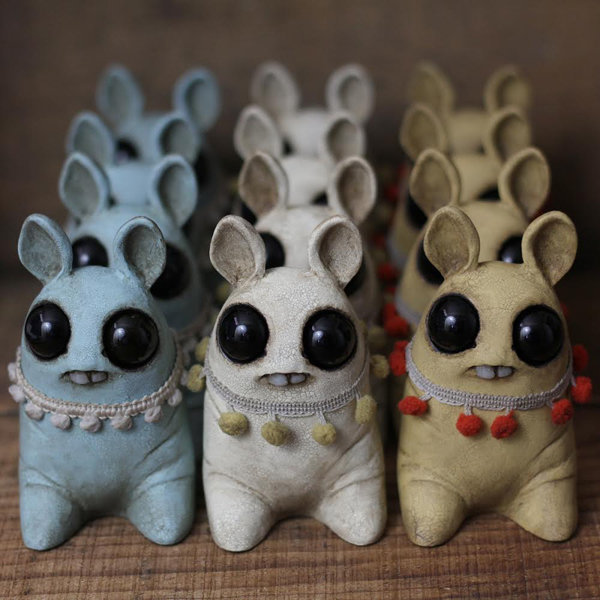 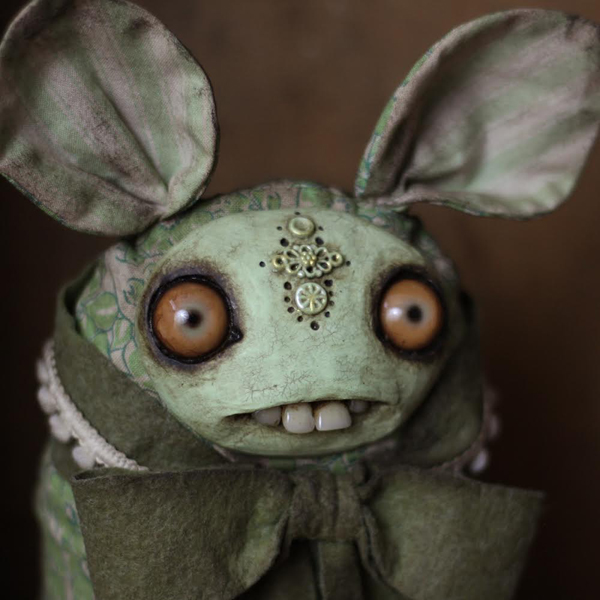 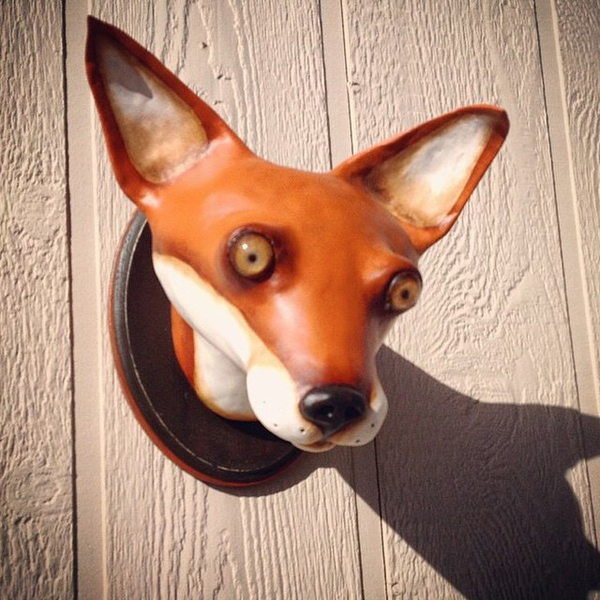 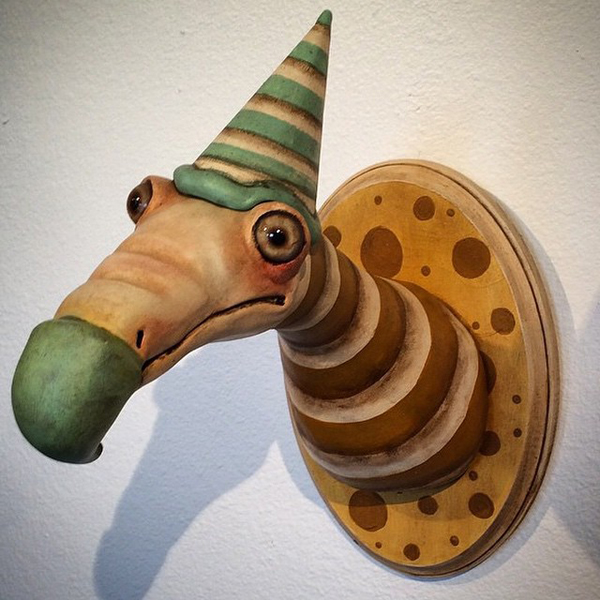 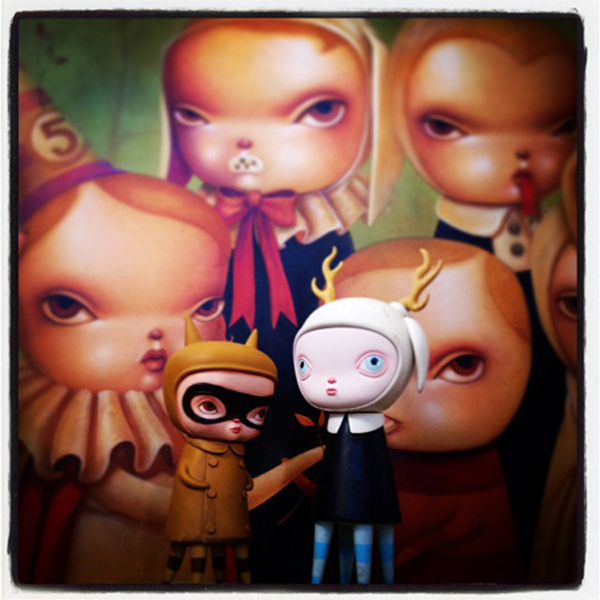