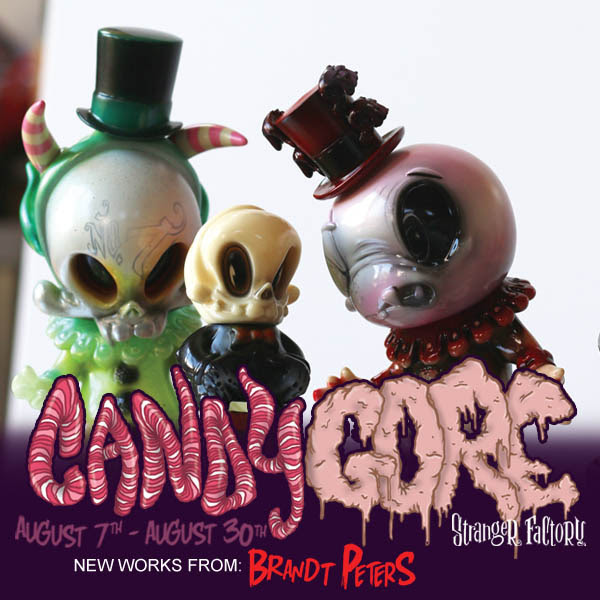 Rich Montanari runs and operates his own toy production studio, Mutant Vinyl Hardcore Toy Co. and serves as the lead sculptor, painter, and package designer. Having collected toys since childhood, and later customizing vinyl toys, it only made sense that Montanari would eventually create his own independent toy studio.

Candy Gore represents the fusion of the sweet and horrific, the alluring and grotesque. Peters and Montanari share a mutual appreciation for classic and contemporary horror, sci-fi and vintage circus themes with an affinity for the monster culture emulated in Japanese and American toys, as well as contemporary character design. Both artists create many of their figures through a traditional soft vinyl process known as “sofubi” which is slowly becoming a lost art. Sofubi vinyl is hand-casted by small, independent “mom and pop” factories in Japan, and while we call them “toys,” each piece is hand-painted by Montanari or Peters once delivered to the artists in the U.S., and transcends beyond the idea of a play thing to the celebrated art form of contemporary sculpture.

After two years in the works, Montanari and Peters will be officially releasing their new collaborative figures, “Sackhead” and “Ol’ Scratch” based off of their much sought after classic characters, “DX Dokruo Sludge Demon” (MVH) and “Stingy Jack” (Peters) for the Candy Gore exhibition. Both artists will be featuring an array of vividly hand-painted toys and custom designs of many of their time honored and much coveted figures, while Peters will also be exhibiting some 2D work (sketches and paintings) based on his classic characters, along with some new additions. 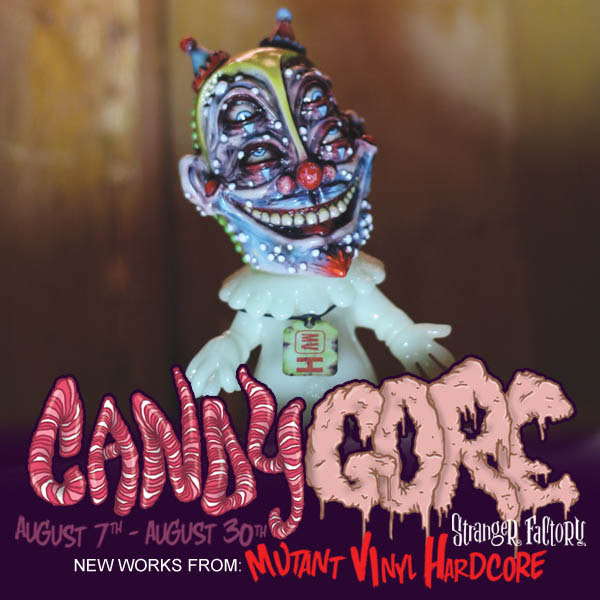