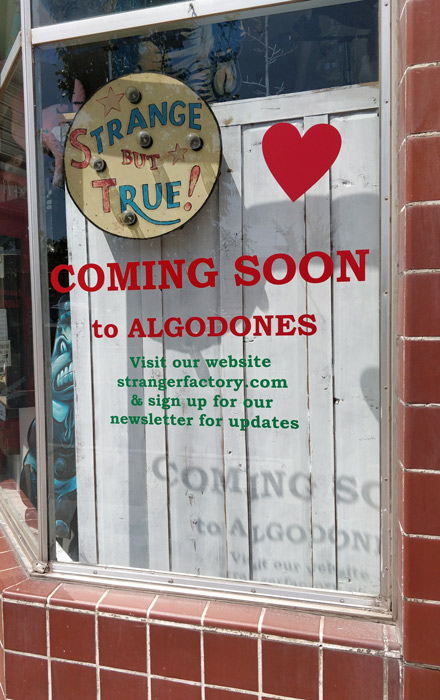 Hello friends,
We’ve been trying to figure out a way to stay in Nob Hill as we try to endure this pandemic, but we are at the end of our lease and unfortunately have been unable to work out new terms with our landlord. We will need to relocate by the end of August.
The good news…is that we did invest in our own commercial space almost 2 years ago and have been renovating it with the goal to accommodate large events and weekend workshops within the next year. We purchased “Hacienda Vargas” in Algodones, NM, which was being used as a bed and breakfast and events space. It is a 200 year old historic landmark situated on Old Route 66, directly off the highway and the halfway point between Albuquerque and Santa Fe. The goal was to create a large exhibition space/ garden retreat with private suites that could also be utilized by visiting artists. While we were able to get quite a bit done over these last few months, we’re still about a year away from finishing the main building. We are however currently finishing up a large 1900’s farmhouse on the property that we had been using as a guest house for visiting artists. We plan to re-open the gallery with installations in this location later this month and focus on virtual shows and private local appointments until the larger space is completed next year.
Thank you so much for the ongoing support; we hope to rebuild stronger. We loved being in Nob Hill for almost 10 years, but we’re ready to move on to the next chapter.❤️