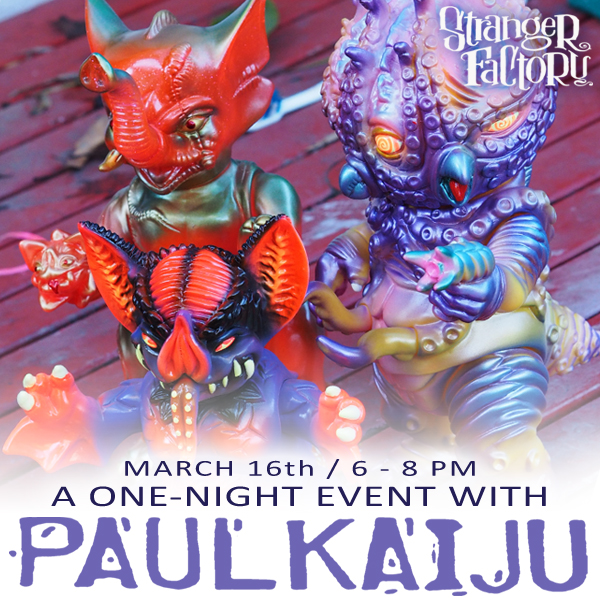 Stranger factory is proud to present our March mid-month event with sofubi (Japanese soft vinyl) toy artist, Paul Kaiju. Paul is a designer, sculptor, and painter working away at his sofubi/kaiju creations in sunny San Diego, California. Known as much for his custom paint work as for his original toys such as Boss Carrion, Paul’s work is recognized as some of the best in the American Toy scene.

Paul Kaiju will have a limited amount of hand-painted custom figures at this one-night opening reception. It is a very limited engagement and any available figures after the weekend, will be put up for online sale on Monday, March 18th by 12 PM noon (PST) in our online store on CircusPosterus.com.In person sales on Saturday will require a raffle wrist band that will be distributed on a first come first serve basis, starting Saturday, March 16th. Numbers will be randomly picked and called at 6PM. Must be present to participate in the lottery.

One item per person. No additional in person sales over weekend once a piece is purchased Saturday night.

No phone calls or emails will be accepted until the following Monday, if any pieces are still available.

This APRIL at STRANGER FACTORY
ALL OF EVERYTHING ERASED / Joe Scarano and THE HOUSE AND THE DEVIL / JohnPaul Gutierrez
April 5th – April 28th, 2019
Opening Reception: Friday, April 5th from 6-8 PM

Take a break at Stranger Factory and explore All of Everything Erased, a show inspirited through the idea of pausing. Pausing long enough for the grass and the weeds to swallow you up for a while.

Fascinated by the idea of abandoned buildings giving in to nature, Joe Scarano’s characters are brought to life as they fall into varying states of disrepair. As they let the grass grow over them and get swallowed back up by the landscape, the viewer has the pleasure of witnessing and imagining that the will eventually wake up again after the earth has grown around and start over.

Scarano was guided to create this show after recalling memories in an old neighborhood in which his children would seek to explore an abandoned house with him. The title of the show, All of Everything Erased comes from a Kevin Devine song of the same name. Influenced by the paintings, Scarano could not get the song out of his mind and Kevin was kind enough to let him borrow the song title for the show. 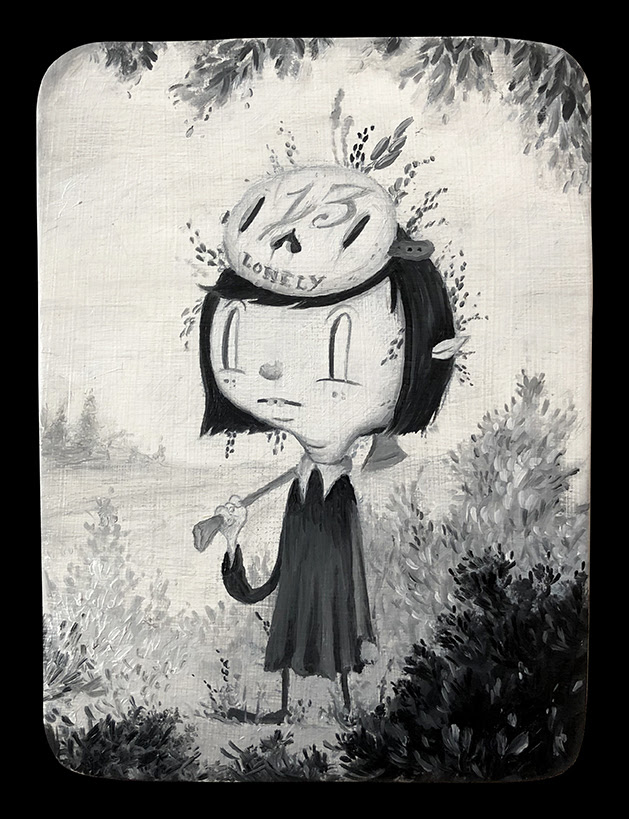 Stranger Factory is happy to present JohnPaul Gutierrez in his show, The House and The Devil.

The House and the Devil portrays the many negative voices that we create within ourselves. The Devil is represented not in a religious or spiritual context but simply as the adversary telling lies and creating fear. These voices that we house inside, waking us up in the middle of the night or creating a paralyzing fear, prevent us from achieving our truest self. The House, being a little worn down and weathered seeks to maintain the onslaught, and pushes on in hopes of achieving their dreams.

Gutierrez is an Albuquerque local and returning artist to Stranger Factory. 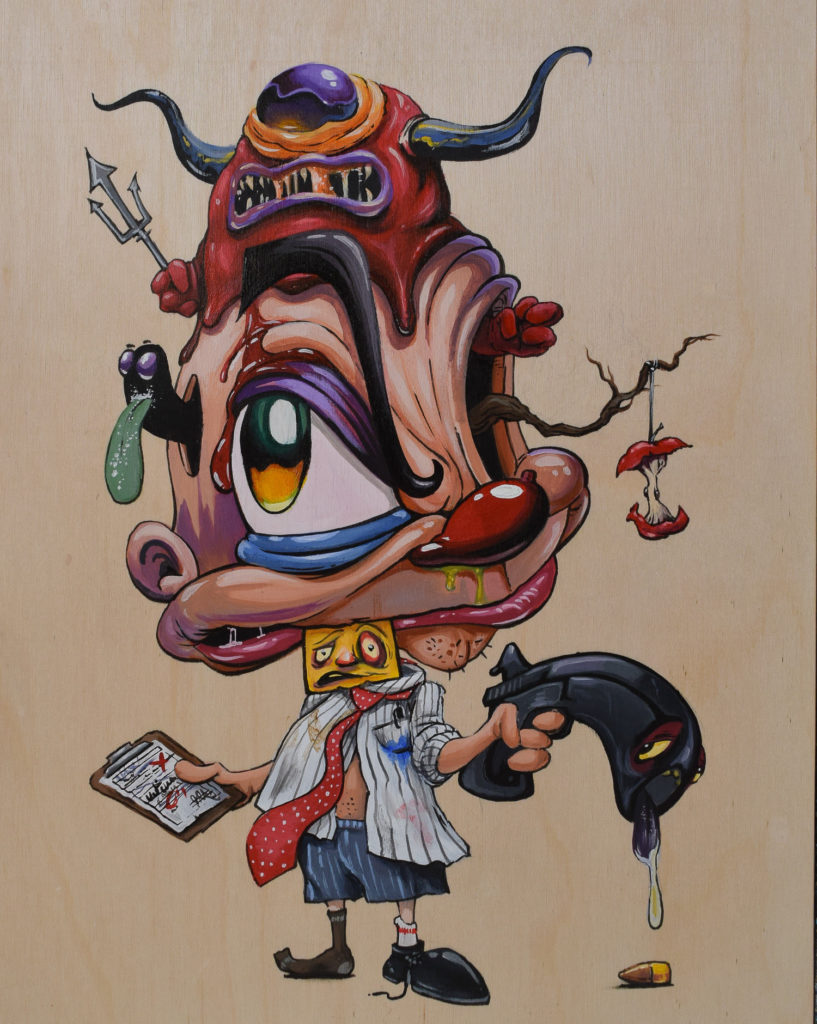