Joel Nakamura and Max Lehman, both residents of the Santa Fe area, share a common thread as they both utilize modern imagery as well as folk motifs, across various traditions, in their work. January brings their respective, complementary exhibitions to Stranger Factory.

Zen Gardens will include two bodies of work with about twenty paintings, a few of which will bridge together Nakamura’s conceptualization of Zen garden principals, where we might find war-like creatures in serene and peaceful surroundings, with the Japanese Pop aesthetic that makes his work instantly recognizable.

Gods & Goop & Gobbledygook will feature approximately twenty hand-painted and glazed ceramic sculptures, in a variety of sizes. Lehman’s pieces seamlessly blend his animation-inspired characters against a backdrop of ancient symbolism and in his upcoming exhibition, he invites viewers to not only find their own meaning in the search for knowledge through nonsense, but to consider the possibility that there is no meaning, just mystery.

The opening reception will be on January 8th from 6-9pm
and both artists will be in attendance.

Zen Gardens and Gods & Goop & Gobbledygook
will remain on display until January 31st. 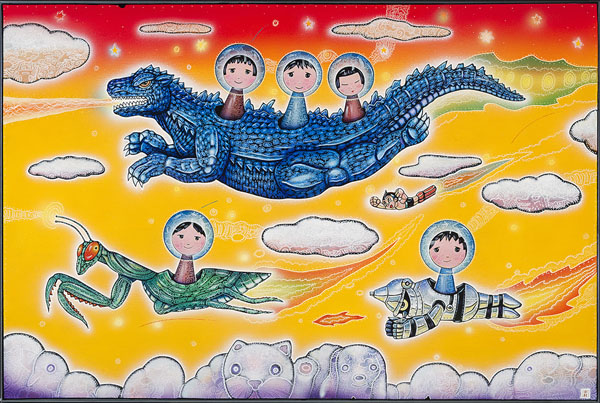 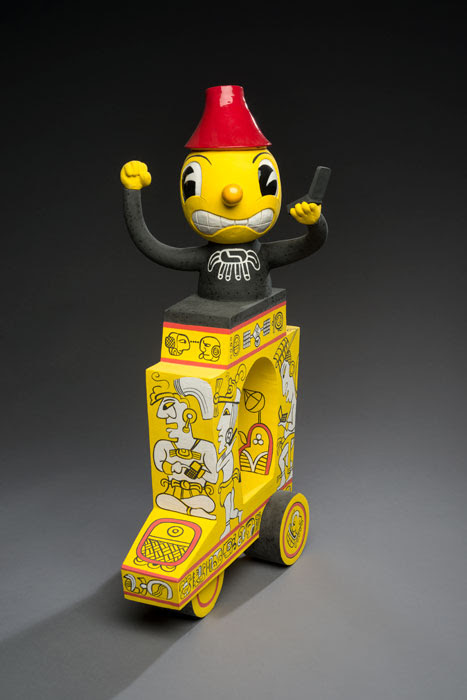